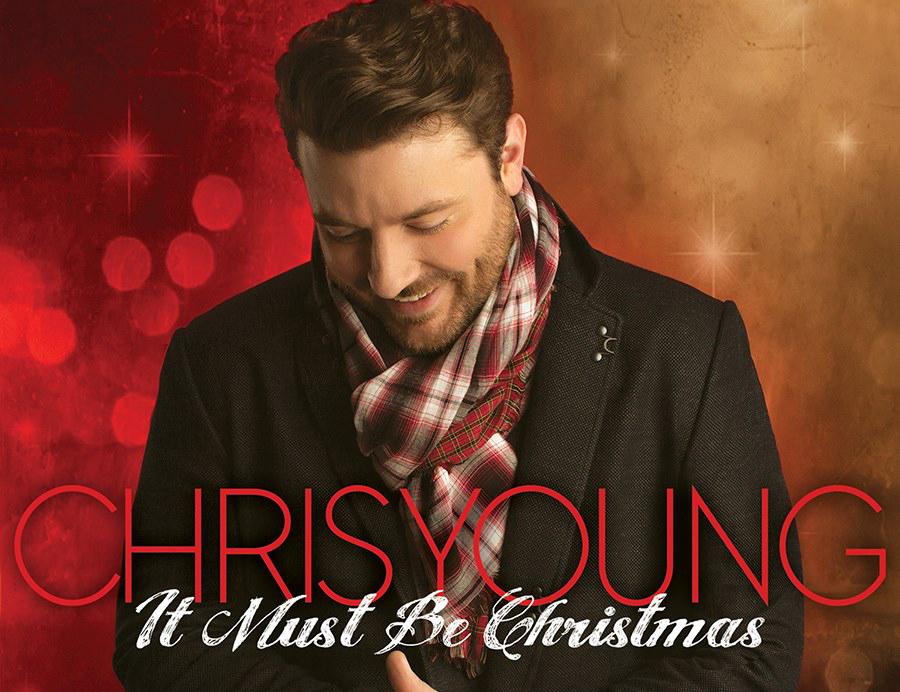 Christmas is here, which means street corners and radio stations are filled with the sound of carolers and sleigh bells ringing. Every year local stations like 100.3 WNIC flood the airways with artists like Michael Buble, Mariah Carey, and Elvis Presley singing some of the most famous Christmas songs families across the country have come to know and love, or despise.
With more artists coming out with Christmas records each year, country music artists have started to get in on the holiday action. Multi-million record selling artist Chris Young saw 2016 as his opportunity to hone in on the success of Christmas as he released his album, “It must be Christmas,” on Oct. 14.
The track that album was named from, “It must be Christmas,” was a nice touch to the holiday season. As the song begins, listeners are introduced to slow piano chords that continue throughout the entire song, making the track a welcoming feeling. The song is used mostly to get whoever is listening in the mood for the holiday season. Following the intro to the song Young breaks out into the chorus really hitting home with the holidays as he sings, “when you believe in Santa Claus when you give gifts just because and you drive all night only to be near the ones you love well it must be Christmas.” These lyrics as well as the entire song really make the listener reminisce about their favorite parts of the holiday season. One of the most heartwarming parts of the songs is the piano chords that fade as they play the beginning chords of “Jingle Bells.”
Another beautiful song that is featured on the album is “The First Noel,” where famous country singer Brad Paisley accompanies Young. The duet was a wonderful combination as they sang one of the oldest carols still performed today. As the duo harmonized, “Noel Noel, born is the King of Israel,” chills were sent down the spine of audiences. Young’s deep country voice was highlighted as Paisley raised the octave by one or two in order to produce an angelic sound honoring the birth of Jesus Christ. Audiences across the country can be blessed to hear the two sing at the annual Country Music Awards (CMA) Country Christmas on ABC on Saturday Dec. 24.
One of the finest songs on the Christmas album was, “Silent Night.” Maybe one of the most famous songs featured around the holidays, was performed beautifully with a very mellow tone. As Young’s low toned voice flooded the speaker’s listeners were surprised to hear the accompaniment of famous 90’s group Boyz II Men start to harmonize with Young as they tell the story of Christ’s birth. When Young and Boyz II Men start to sing the chorus of “Silent Night” one of the most moving parts is when Young drops off and lets the group sing, “Glory streams from Heaven afar, heavenly sing hallelujah.” Only to be joined again by Young as he sings, “Christ the Savior is born.” Although Boyz II Men are known for their smooth R&B sound from an earlier generation of music, they match perfectly with the sound Young performed throughout the track.
The album features many other famous Christmas songs such as “Have Yourself a Merry Little Christmas,” as well as new songs like “Under the Weather.” Pop music artists seem to dominate the holiday season with their renditions of the classic songs every year, however country artists seem to be making their way into the mainstream.  Although many people despise country music and everything it embodies, “It must be Christmas” is an album worth picking up with this holiday season.