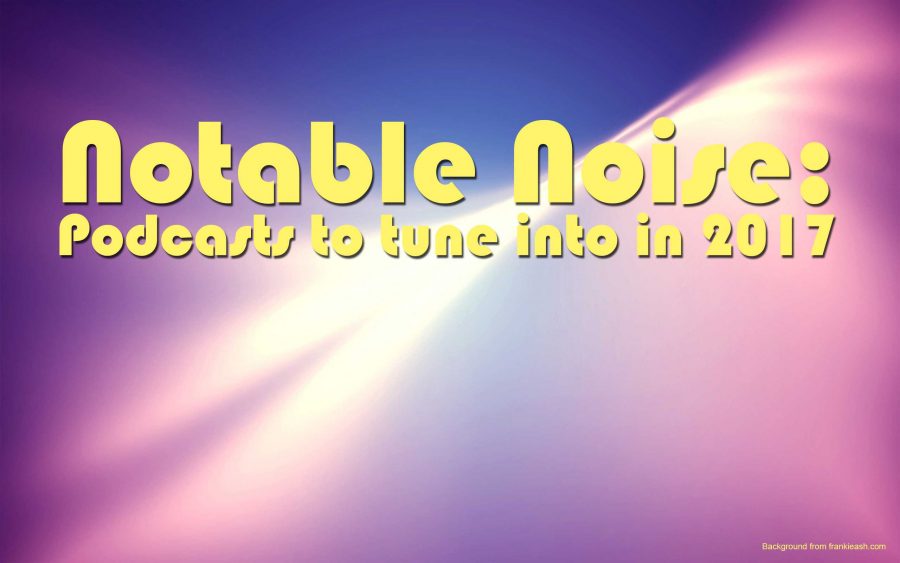 Podcasts to tune into in 2017
By Elizabeth Casella, Managing Editor
Thousands of podcasts exist in this era of technology. Many are hosted by stars or pertain to a certain subject; others revolve around certain sports games or live events. Newer podcasts even have contributions from every day people that tell their stories or submit the content to be read and it’s a way to share one’s story pertaining to the podcasts theme. A selection of the best podcasts from 2016 were shows that revolved around American culture such as “Crimetown” that discusses and investigates the culture of crime in different American cities, or learning about new ideas like “Stuff You Should Know” that answers the questions about how random things work such as a landfill, mosquitos and everything in between ranging from genes to the Galapagos islands. There are many hidden gems in this audio world for listeners to indulge in and here are just a few notables to explore.
“Mental Illness Happy Hour”


Paul Gilmartin is a comedian that each week has an “hour of honesty about all the battles in our heads.” This broadcast covers a desperately under addressed issue in society about mental illness. Frank, unfiltered interviews with a variety of guests, some artists and writers, other therapists and some listeners themselves, contribute with their experiences of mental illnesses. This show helps to combat the image that mental illness is rare and that those facing are alone.
“Beautiful Stories from Anonymous”

This thrilling new experimental show that launched in 2016 is hosted by Chris Gethard and is built around three simple rules: anyone can call Gethard anonymously, the phone line will close after an hour, and Gethard can’t be the first to hang up. Callers can have an agenda or they may call just to be heard, but have nothing in particular to say. Gethard shows amazing skills at drawing people out and finding the extraordinary details in ordinary conversations and every day life.
“Presidential”

This 44 episode podcast that lead up to the 2016 election by the Washington Post, host Lillian Cunningham explores the character and legacy of each of the American presidents starting at the very beginning. The show features Pulitzer Prize winning historians like David McCullough and journalist like Bob Woodward.
“The West Wing Weekly”

For viewers of the show “The West Wing” these podcasts is an episode-by-episode discussion, co hosted by one of its stars, Joshua Malina, along with Hrishikesh Hirqay of Song Explorer. The show discusses each episode as it plays along and has guests from the show as well as other stars to talk along the way about all things “The West Wing”. This is a new trend that TV shows are starting to do and is also a great way to explore one’s favorite shows in a new way with many behind the scenes reveals and inside scoops.
“TED Radio Hour”

This is a journey through fascinating ideas pertaining to new and amazing inventions, fresh approaches to old problems and new ways to think and create. It is based on the talks given by riveting speakers on the world- renowned TED stage. Each show is centered on a common theme–such as the source of happiness, power shifts, or crowd-sourcing innovation.
“Welcome to Night Vale”

This series is told through a style of community updates for the small desert town of Night Vale. It features local weather reports, news, announcements, from the Sheriff’s Secret Police, mysterious lights in the nigh sky, dark hooded figures with unknowable powers and other cultural events. It is a wacky town that shares a rivalry with the other desert town of Desert Bluff. It is a creative show of a messed up world for listeners to turn on their radio and hide.
Delete Image
Align Left
Align Center
Align Right
Align Left
Align Center
Delete Heading