Getting ready to boogie-woogie 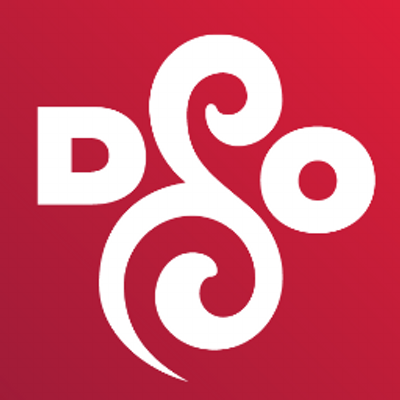 
At Schoolcraft, the college-sponsored Noon Concerts Series continue the tradition of bringing cultured music to campus. The first concert to ring in the New Year will be held on Wednesday, Feb. 8. Performing this classical music concert is the “DSO Trio,” made up of members of the Detroit Symphony Orchestra. The lineup includes Jeffery Zook (flute/piano), Sheryl Hwangbo (violin) and David LeDoux (cello). The entire program is nine tracks total; it is set to feature duets, triplets and combined performances. The arrangements that will be performed include a variety of composers including Franz Joseph Haydn, Jean-Marie Leclair, Robert Muczynski as well as others.
Jeffery Zook has been a member of the Detroit Symphony Orchestra since 1992. Zook’s musical studies began at the Interlochen Arts Academy and continued at the University of London. In 1988, he received the Recitalists’ Diploma from the Royal Academy of Music in London. He is currently on the faculty at Oakland University. However, throughout his career, has taught at universities all over Michigan including the University of Michigan and Central Michigan University.
Violinist Sheryl Hwangbo joined the Detroit Symphony Orchestra in 2012. Hwangbo is incredibly well versed in the violin; she began playing at the age of six. A passionate chamber musician, she has performed in the Intensive Quartet Seminar, ChamberFest, Axiom and was a member of the Carnegie Ensemble and the Ensemble FIRE (Future In REverse). She has studied and participated in master classes with many influential musicians, including the members of the Cleveland Quartet, the Juilliard Quartet and the Guarneri Quartet. She appears frequently across the metro-Detroit area in chamber ensembles with her DSO colleagues.
David LeDoux comes to the orchestra from the Syracuse Symphony, where he served as Principal Cellist from 2006-2012. LeDoux has appeared as a soloist for many organizational symphonies; he has performed with the Syracuse Symphony, the Skaneateles Festival Chamber Orchestra, the Tulsa Philharmonic, the Oklahoma State University Symphony, the Louisiana Sinfonietta and the Mid-Texas Symphony. He is an active and avid chamber musician, performing for many years with the Syracuse Society for New Music.
Patricia Minnick, the Music Activities Coordinator at Schoolcraft College, is responsible for the organization of the Noon concerts. She is excited for the diverse style of jazz music the trio’s instrumentation will generate.
“What is great about this particular concert is the unique combination of instrumentation. Each instrument offers a spectacular sound that really ties all together. Those that have the opportunity to attend are in for a real treat,” said Minnick.
Those looking to spend a relaxing afternoon enjoying soulful jazz music must attend. The Noon Concert events are free, open to the public and last approximately one hour.
Donations will be collected at the door to help fund student scholarships.
For further information, contact Patricia Minnick through email at [email protected] or phone at 734-462-4403.
DSO logo from youtube.com
Delete Image
Align Left
Align Center
Align Right
Align Left
Align Center
Delete Heading