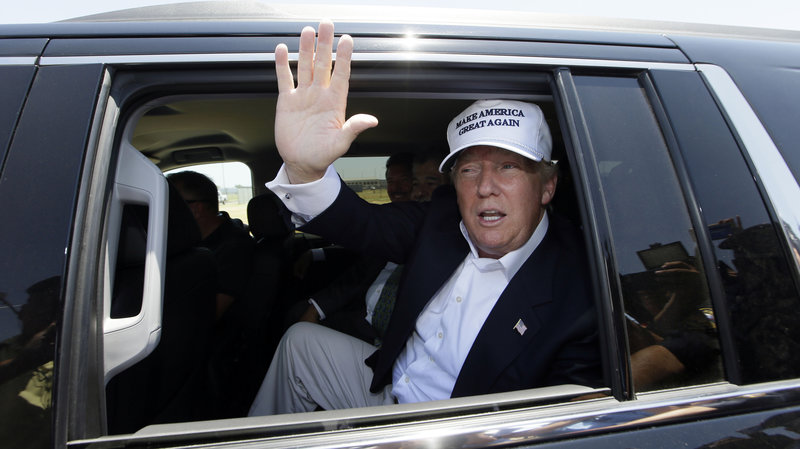 
With all of the recent emotion and buzz flying around about the newly elected President Donald Trump, the idea of his wall on the border of Texas and Mexico seems to become more and more likely as each day passes. Early in his campaign, Trump announced the idea of wanting to construct a wall to cut down on the illegal immigration issue within the country.
Since taking office, Trump has certainly made strides toward developing his image of what the United States should be. Even now that he is in office, our president is still keen on building his wall.
In an interview with the National Public Radio (NPR), Trump said, “On the fence, it’s not a fence; it’s the wall. We’re going to build the wall.”
According to CNN, there are roughly 11.9 million unauthorized immigrants within the nation’s borders. Of the 11.9 million, around 60 percent of illegal immigrants in the United States come from Mexico. While this is an astonishing number, it is easy to see why there is such an issue. With increased border security throughout the years of both the Bush and Obama administrations, illegals are finding more interesting ways to sneak within mainland American borders. These methods are interestingly extremely similar to escaping slavery in the U.S. in the 1800s, as illegal Mexican immigrants are now using “underground railroads” as well as literal underground tunnels to find their way to supposed freedom.
With these statistics in mind, as well as the creative ways of illegals getting into the United States daily, it becomes obvious that a wall is truly the only way to almost completely cut down on illegal immigration.
According to the NPR, the United States has around 650 miles of “fencing” along the 2,000 mile U.S.-Mexico border. To build a wall to cover the rest of that border could cost anywhere between $15 billion and $40 billion. Various different sources have released their predictions for the cost of the wall, first being Trump, originally predicting the cost to be around $8 billion, a figure that he would increase to around 12 billion.
Furthermore, according to NPR, a revision of Trump’s wall plan is appealing in regard to the financial standpoint. Completing the fencing that is currently along the southern border would cost somewhere around $4.6 billion. Taking some security away from the operation with a fence, this mechanism becomes much more affordable for our nation, and taxpayers specifically.
According to an ABC poll, around 72 percent of Americans want to eliminate the illegal immigration issue, but cannot find a mechanism or method to do so. With this in mind, is Trump’s wall the way to go?
While most Trump supporters are in support of building a wall, this same poll suggested that only 37 percent of American citizens are supportive of the building of the wall. While the security benefits on the border seem to be limitless, it might be factual to say that most taxpayers would rather not have the wall built, and simply keep dealing with the nation’s ongoing illegal immigration problem, which is seemingly taking away jobs from lower-class legal and naturalized Americans, alike.
The best option right now on what to do or how to handle immigration is seemingly up in the air amongst democrats and republicans alike. Only time will tell what the best option is for the taxpayers and citizens of this nation.
Delete Image
Align Left
Align Center
Align Right
Align Left
Align Center
Delete Heading