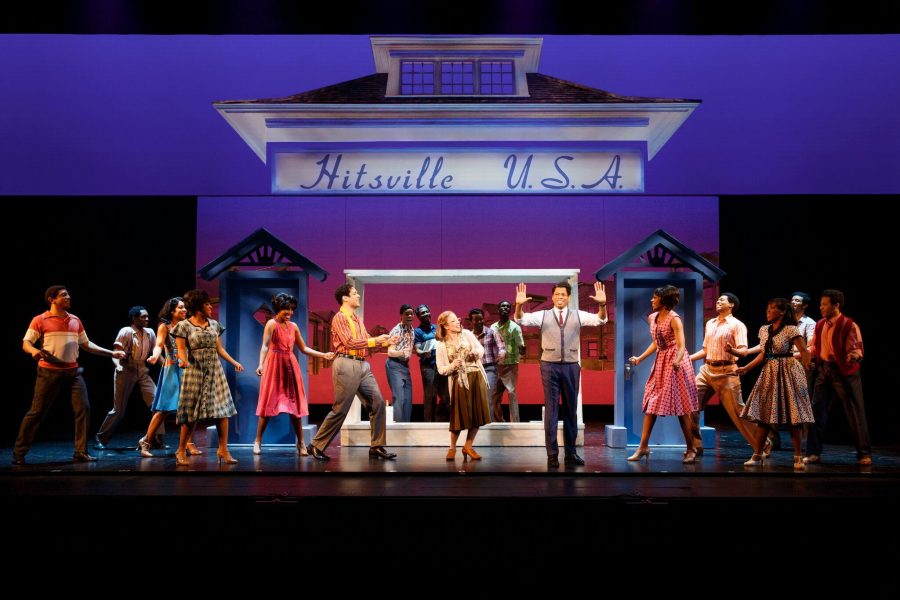 Motown the Musical hits Broadway in Detroit
By Dylan Randolph, Editor in Chief


Detroit. For many people the word embodies passion, hard work, and loyalty. The blue-collar worker who started out with a dream and formed it into a global enterprise built Detroit. From the humble origins of Henry Ford to Eminem’s music taking the world by storm, the city has always been a driven force of American culture. However, there may no greater influence on Detroit’s culture than the music of Motown.
Motown, created by Barry Gordy, produced artists such as Marvin Gaye, Stevie Wonder and Diana Ross and became one of the most successful music companies of all time. Although Motown Records does not produce as much music as it used to, it has still found success. Its founder, Barry Gordy, chose to write his own story about the troubled history of Motown in his own way, taking a selection of the hits. In April 2013, Motown the Musical premiered on Broadway, reigniting the love of music that people felt so long ago. From April 19th through the 30th, Motown comes home to its birthplace.
The beginning of the show starts with the portrayal of the Four Tops and the Temptations battling back and forth at a rehearsal for the 25th anniversary of Motown. As the rehearsal continues the audience is introduced to none other than Barry Gordy (played by Chester Gregory). As Gordy deals with the fact he may have to face some of the musicians he hasn’t seen in years, the audience is transported back in time to 1939 when Gordy was only eight years old, watching Joe Louis defeat Max Schmeling. The victory gave Gordy a sense of pride being African-American, which inspired him to chase his dreams.
Years would pass, and the audience would see Gordy meet up with Smokey Robinson (played by David Kaverman). From there they would work together to build Hitsville U.S.A. in Detroit, and create the music enterprise people know today. The story would tell of how Gordy met and fell in love with Diana Ross (played by Allison Semmes), his fallout with various artists, and the turmoil of possibly having to sell Motown.
On the night of April 19th, crowds of people flocked to the Fisher Theatre in Detroit to welcome Motown the Musical back home. The auditorium was filled to capacity with members of all ages waiting with anticipation to hear some of their favorite songs that they grew up with. As the seats began to fill, there was a dull roar of excitement. When the lights began to dim, the audience roared with relief as they sat anxiously waiting to hear some of the tracks they were ready to sing along with. As characters such as Marvin Gaye (played by Jarran Muse), young Stevie Wonder, and Michael Jackson (both played by CJ Wright) and Rick James (played by Malcolm Armwood) performed onstage, the audience was engulfed in euphoria of good feeling causing them to clap, sing and even dance along with the cast members.
The lighting and set was extremely unique in order to help the audience grasp where each scene took place. The set mainly consisted of various stage pieces such as tables, chairs, and recording booth equipment. There were certain set pieces such as a pair of blue doors that helped create different dimensions of space onstage, but one of the most interesting pieces was the screens that were raised and lowered throughout the show. Each of the screens used LED projections to show different environments, such as the neighborhoods of Detroit to the inside of the recording studio at Hitsville U.S.A.
If the music and the amazing visual effects were not enough, to top it all off the one and only Barry Gordy attended the show, and made a guest appearance with the cast at the end of the performance. After the cast had taken their final bow onstage, they welcomed Mr. Gordy to come up onstage to address the crowd. A very humble Barry Gordy thanked everyone in attendance for sharing the evening with him and the cast and also thanked the fans of Motown for the success they brought him.
Even after all of these years, Motown and the classics it has produced sends audiences into a fit of excitement. Motown the Musical is for anyone who wants to know what Detroit embodies in a fun and friendly way.
For more information on ticket prices and show times one can visit fisher.theatredetroit.com
Images Courtesy of Joan Marcus.