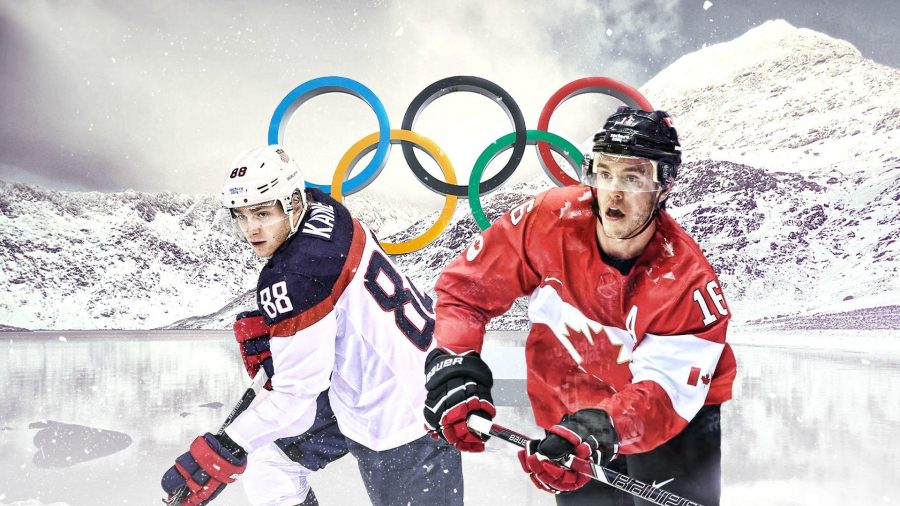 With NHL players competing in the last five games, Team USA has won two silver medals, in 2002 and 2010. (Image from totalprosports.com)

In April 2017, the National Hockey League (NHL) announced their intention to pull out of the upcoming 2018 Winter Olympics, coming as a result of a series of disputes between the league and the International Olympic Committee (IOC) over the costs incurred by NHL players to participate and how they would be covered. The IOC had paid for the travel, insurance, accommodations and other costs for NHL players to join the games, but refused to continue to do so for 2018.
When the IOC announced it would no longer cover these hefty costs, the International Ice Hockey Federation had offered to pay up to $20 million for the costs and insurance for NHL players in an attempt to bring them to the 2018 games. But that effort did not work, as costs were just a portion of the NHL’s concerns with its participation. Top athletes who go to the Olympics in the middle of the NHL season could get injured, which could affect the outcome of the hockey season.
This decision reflects a more traditional, practical time in the history of the Olympic Games now two decades ago. Just before the 1998 Winter Olympics, the IOC and NHL agreed on a deal that would bring NHL players to the Games with their costs and insurance covered by the IOC. The committee eventually decided to stop covering those costs as the IOC does not do so for other professional sports leagues like the National Basketball Association (NBA).
According to the official statement released by the committee last April, the IOC distributes 90 percent of its revenue for the development of sports in the world and therefore cannot treat a national commercial league better than nonprofit International Sports Federations, which are developing sport on a global scale.
Covering insurance was an obstacle for the IOC as NHL players cost the organization $7 million during the 2014 Winter Olympics in Sochi, Russia.
In interviews conducted by ESPN, several NHL athletes said they would prefer if players could attend the Olympics.
“Obviously we all dream of winning a Stanley Cup, and then the next is literally right there: winning a gold medal for your country,” Mark Scheifele, the star center for the Winnipeg Jets, told ESPN.
Nonetheless, this decision is a win for competition and what should be the true meaning of the Olympic Games. The historic “Miracle on Ice” in 1980 was the last time Team USA won gold, as a ragtag team of amateur American hockey players beat the powerhouse Soviet Union in Lake Placid, New York. That was before the IOC struck its deal with the NHL to include its best players in Olympic competition, starting with the 1998 Games.
With NHL players competing in the last five games, Team USA has won two silver medals, in 2002 and 2010. In the 2014 Olympic games in Sochi, the team finished just shy of a medal in fourth place. Canada has dominated by winning gold in 2002, 2010 and 2014.
While Canada will still be strong without their NHL stars, the playing field will be leveled as USA will have a better chance of taking home at least a silver medal.
It’s also important to bear in mind the origination of the Olympic Games before jumping to the notion that the NHL’s withdrawal from the games is unfair. The quadrennial games were traditionally established to highlight the talents of athletes who are not necessarily considered professional.
Players who make millions a year in a national league were not originally part of this demographic, and they shouldn’t be, so that the skills of up and coming athletes have their fair chance at glory, too.
The future of the NHL’s participation in the Olympic Games is unclear, since their refusal to participate so far only applies to 2018. But before the NHL pulled out, the IOC said its participation in the 2022 Winter Olympics in Beijing was contingent on its participation in Pyeongchang. When it comes to the Olympics, the developing skill of gifted athletes should take precedence over the almighty dollar.