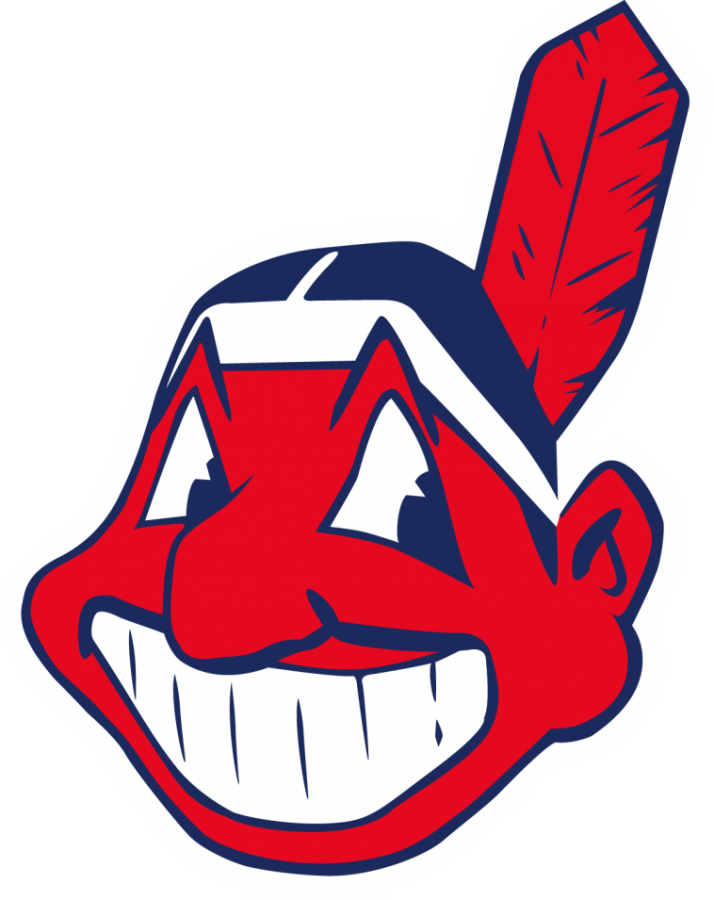 The infamous chief Wahoo logo that will no longer be seen on the Cleveland Indians uniforms, starting 2019. (Image from wikipedia.org)


Major League Baseball’s Cleveland Indians will no longer be wearing their famous Chief Wahoo logo, starting this season.
Chief Wahoo has been on the Indian’s uniforms since 1947 and is one of the most iconic symbols in all of baseball. The League has deemed Wahoo inappropriate for the field. Commissioner of baseball Rob Manfred had reached out to Cleveland chairman and chief executive Paul Dolan to change their logo, stating that it is no longer appropriate. People who are upset with the logo have gathered outside Progressive Field to protest its use before important games, such as playoffs or rivalries.
Chief Wahoo might be just the beginning of logo changes throughout sports. The NFL’s Washington Redskins have been pressured to get rid of their longtime team name and logo. The Atlanta Braves ave also considered scraping their logo, along with fans’ “tomahawk chant.”
The director of The American Indian Movement, Philip Yenyo, applauded the removal of a logo he believes to be offensive. Yenyo is quoted in a Jan. 29, 2018 New York Times article as saying it’s, “another step in the right direction.” Yenyo still calls for more, saying the nickname must go as well.
In recent years Cleveland has been using the logo less, wearing the “C” insignia instead. Starting in 2019 Chief Wahoo will not be seen on the team’s uniforms, banners or signs at Progressive Field. Yet the team still owns the trademark and will continue to make money from the logo being sold in the stadium and in Cleveland.
To fans this insignia is cherished as part of the team. Fans have brought signs to games saying, “Long live the Chief” and “It’s a team thing.”
Beyond the fans that admire this logo, it is a symbol — a symbol that stands for being an Indian warrior. The commissioner calls it inappropriate for the field, but to that I would say a team logo celebrates whatever it represents.
A team called the Hawks does not wear their logo to disgrace the hawk, but to signify its speed and prowess in battle. The same goes for the Indians; the name and logo doesn’t disgrace the Native-Americans but celebrates them.
This logo is worn by some of the best athletes in the world. It is meant to motivate and inspire, not shame or disgrace. Therefore, in my opinion, this logo should stay in circulation.