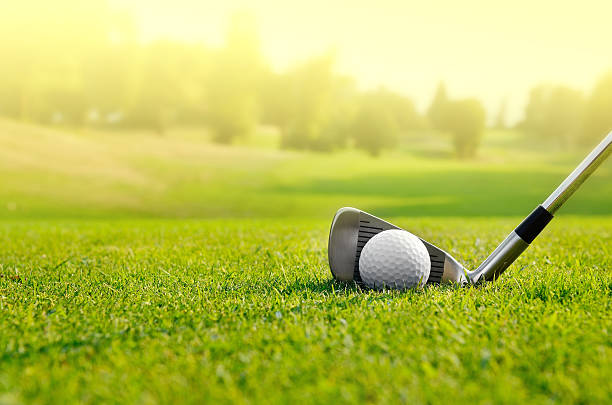 
Rays of sunlight are breaking through the clouds, hinting that spring is here, and the men’s golf team is excited for another reason besides the warm weather. Soon, they will get out of St. Joe’s Sports Dome and hit the course for the season.
During the 2016-17 season the Ocelots started strong, finishing within the top three six out of the eight tournaments they competed in.
“Last season was a good season for us it really was, everybody got better and that’s what I’m trying to achieve, knowing more about golf and enjoying the game more,” said head coach Paul Brown who is in his sixth season. “That’s what I’m shooting for, I really care about the student rather than the win/loss record.”
Unfortunately, the team cooled off a bit for the Michigan Community College Athletic Association (MCCAA) two-day championship outing. The Ocelots finished fifth out of the 13 teams that attended, ending the tournament 66 over par just 27 strokes behind the tournament winning Grand Rapids CC Raiders. However, Schoolcraft had four out of the 58 individual golfers finish in the top 20, Yale Benedict +15, James Baldwin +17, Mike Maiden +19 and sophomore Justin Kane +19.
Schoolcraft had several players perform not just on the golf course but also off the course during last season. Maiden and Baldwin earned Academic All-Conference honors for their outstanding performance in the classroom. Maiden was named to the All-Eastern Conference first team along Sam Spayed. Spayed was able to earn a spot on the Eastern Conference All-Freshman team as well.
Fresh faces
The Ocelots have an influx of youth this season with six freshmen joining the team, Aaron Walton, Davis Couglin, Jeremy Haist, Shawn Weldon, Tanner Davis and Kelly and two returning players, Kane and Baldwin. Kelly a new addition to the team hopes his contributions can have an impact.
“This year we are really looking to win states, and we’ve been working hard lately so hopefully all the hard work pays off,” Kelly said.
The team fell short of winning a tournament last season and coach Brown is planning to turn that around.
“We’d like to get a tournament win, and we’d like to finish at least third in the conference,” said Brown when talking about season goals. “We just need to have a little more grind, and few putts here and there that’s all it really takes, and hopefully the spring is good to us, (because) trying to play in 40-degree weather is tough.”
Preparation and practice is extremely important in any sport and the key to being successful is practicing early and often.
“The main focus this offseason was working off my driver, I feel that I play my best when I’m hitting the driver straight,” Baldwin said. “In the fall I struggled quite a bit with the drive but I feel very confident on the tee now.”
Their first tournament of the season was April 13 at the Oakland Community College Invitational where they were one of eight teams competing for their first win of the season.
“I think with it being early in the year and the first tournament the mindset is to just get a feel for where your game is at, to see what needs working,” Baldwin said.
For more information about schedules, rosters and results go to www.mccaa.org.
Delete Image
Align Left
Align Center
Align Right
Align Left
Align Center
Delete Heading