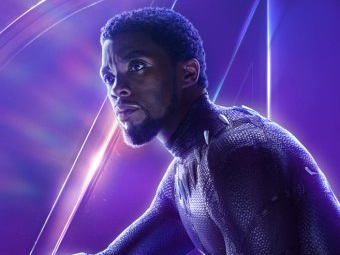 
The case for “Iron Man”
Kevin Feige, president of Marvel Studios, stated in a Vanity Fair article that originally, there was no big plan to make The Avengers movie. Iron Man was the first movie to test the waters and did so well that not only did the new Marvel Studios realize that they could make more movies, but that they could tie them together. Robert Downey, Jr. was perfect for the role of Tony Stark and contributed to the success and hype of the movie.
The hints of romance and the snarky humor round out the action and the cool technology, especially Pepper Pott’s sassy humor. Some of the best touches in the movie are Stark’s interactions with J.A.R.V.I.S, his A.I. assistant, and the robots in his workshop that seem to have personalities despite an inability to talk.

The case for “Black Panther”
The African culture represented in Black Panther creates a very different feeling, which isn’t replicated in any other Marvel movie. The culture is really well-developed, so it brings the audience into this world where everything is different. Killmonger is a perfect gray villain. Viewers can really sympathize and understand what Eric is thinking and why he wants things to happen. He wants to inflict pain because he is thinking, “the world didn’t care about me, so why should I care in return.” The ending with Eric is poetic. The entire movie walks the line between being light-hearted and carrying a serious message about division, and Black Panther pulls this off very well.
T’Challa isn’t a typical superhero either. He is only a “superhero” because he has taken the mantle of Black Panther, a title, along with being King. T’Challa fails as well. He isn’t infallible like Captain America, Black Widow or even Thor.
Winner: “Black Panther”
Iron Man was the grandfather to all the MCU movies, and it was a great movie. By now, Marvel has mastered what it means to be a Marvel movie with the compounding world building, realistic villains and much more. Black Panther has brought in many new fans and has acted as an access point for many into this at-first-daunting experience (with 18 movies to understand the huge expansive story/world) just as Iron Man brought in and built the cinematic universe.
Delete Image
Align Left
Align Center
Align Right
Align Left
Align Center
Delete Heading