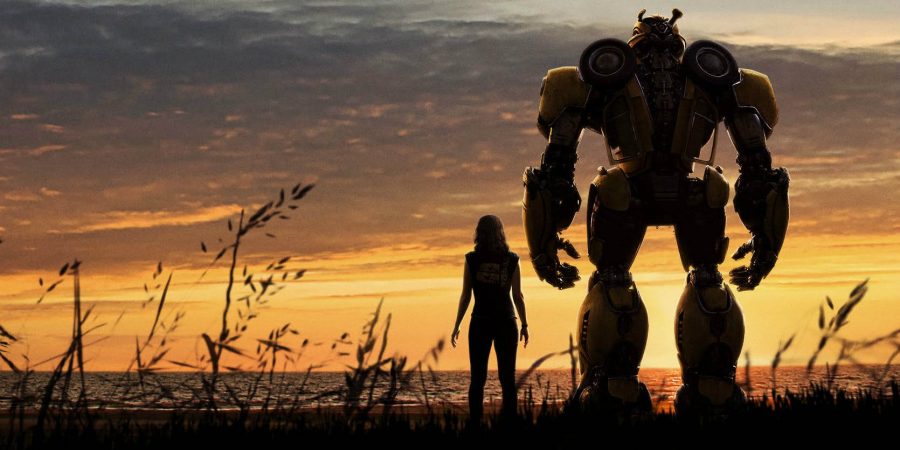 The Transformers franchise has lost a bit of its following since Michael Bay’s first film 11 years ago, but “Bumblebee” delivers the most refreshing transformation yet. Set in the 1980s, “Bumblebee” pays homage to its original cartoons with classic design aesthetic.
The opening moments of the film focuses on the war of Cybertron, something that has been mentioned in every Transformers live-action movie prior but has never been seen on the silver screen until now. Autobots such as Optimus Prime, once again voiced by Peter Cullen, showcase their original design from the 1980s cartoon as they retreat from a collapsing Cybertron. Optimus Prime decides to split the Autobots apart and sends B-127, who later earns the name of Bumblebee, to Earth to build a defense against the Decepticons.
When Bumblebee lands, he encounters the most robotic character in the film, Agent Burns (John Cena), a military operative. Throughout the film, Burns chases down Bumblebee, fulfilling the purpose of his cliché archetype. Cena fails to breathe life into his cheesy character and every time he appears on screen, the film slows down to a snail race.
Luckily, the film picks up each time human protagonist Charlie Watson (Hailee Steinfeld) shares the light with Bumblebee. Indeed, this is as much of her movie as it is Bumblebee’s, which may turn fans away when they look back at the Shia LaBeouf trilogy. However, Watson is much more fleshed out than LaBeouf’s character Sam Witwicky.
Watson is the definition of a teenager living in the 1980s. When she’s not riding her moped to work at the corn dog stand, she’s listening to a few of her favorite tracks and working on an old Corvette left by her late father. The entire film she is growing to accept her father’s death thanks to a yellow beetle with bees she found at the local car shop infested with bumblebees.
After the revelation that the beetle is an alien robot that can’t speak, Watson grows a bond to Bumblebee similar to the bond between E.T. and Elliot. Their dynamic brings a refreshing amount of comedy relief from the boring military scenes Cena appears in, and unlike the cringy comedy from the Michael Bay films, the jokes land perfectly. However, a major element is lacking in “Bumblebee” from those films.
Action scenes appear a lot less often in “Bumblebee” than in the other Transformer movies and are visually unimpressive in comparison. When action scenes do appear, they are much shorter in runtime than the past films that would spend 30 minutes around one major battle. Some viewers may be disappointed by this, but that time is replaced for more relevant character growth with both Charlie and Bumblebee.
“Bumblebee” is by no means a perfect film, but it is much better than what has been given before. Watson is a character that we may never see again in the series, and that’s ok because of the growth that “Bumblebee” gave the character. There is inevitably going to be more Transformers films, but “Bumblebee” is a perfect one-off prequel.