Stick it to stigma 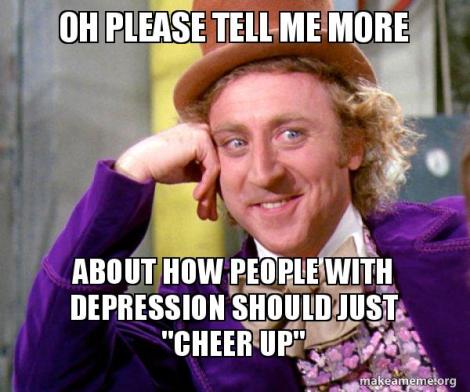 For all its advances in the field of medicine and psychology, the U.S. — or rather, its culture — is behind the curve in mental health. Despite the efforts of public campaigns that endorse the care of our mental well-being, with the hope of making it look just as acceptable as a visit to one’s primary care physician. Maintaining mental health or seeking help still carries a heavy stigma.
In fact, the US National Library of Medicine reports that the lack of recognition for this need “serves as a barrier to treatment” for psychological disorders such as anxiety, personality disorders, dysmorphia, PTSD and major depressive disorders.
Fear of rejection, being labelled as a liability, ignorance from the general public, restricted employment opportunities, feeling ashamed, loneliness and negative portrayals in the media are a few of the many reasons why the stigma exists and why so many Americans don’t seek help. According to the National Alliance on Mental Illness, up to 1 in 5 adults experience mental illness, but 40% of them choose secrecy instead of opening up. The stigma is so strong that it “causes individuals to drop out of treatment or avoid it entirely for fear of being associated with negative stereotypes,” according to the Association for Psychological Science. The vast majority of those who suffer carry with them a traumatic experience that has shaped who they are today but remain in hiding and say they’re okay in order to throw off unwanted attention, even though traumatic experiences are neither abnormal nor unusual. They are very common experiences and should never be treated as something to be ashamed of.
Mental health is not a character flaw or weakness. It’s as much a part of us as any other experience we have in life. Treatment must be seen as a journey to recovery and a meaningful life in our communities. Americans would do well to start by treating their mental and emotional well-being with care, like they would for a broken arm or diabetes. Mental health does more than impair one’s ability to function in day-to-day life. It can also compound existing physical ailments to the extent of “reducing life expectancy from communicable diseases such as HIV and tuberculosis, and [can] promote the advance of other noncommunicable health problems such as heart disease and diabetes,” according to the Harvard Medical School.
So, what can be done to improve the situation?
The answer isn’t to normalize mental illness, but instead normalize mental health care and to have the services needed for getting help. This means, first of all, providing strong and comprehensive robust support and services that are transparent, easy to access and effective for those who struggle.
There must also be an open door, a connection made between doctors and patients through trust, healthy activities, developing one’s own meaning and purpose a part of daily life, not treating one’s own mental and emotional well-being as just another thing to do on the side. University of Michigan medical doctor Kate Baker often tells her colleagues to “give yourself permission to make life easier. That might mean signing up for a meal-delivery service, sending out their laundry, or ordering household basics via Amazon.”
Also, the value of exercise and leisure activity, when possible, carries its weight in gold. It’s something that might seem like a tall order when there’s a lot to do, but it will always pay off. Taking care of ourselves is the least we can do to inform and motivate the public with models of care that bridge efforts, preventive and clinical, of the community and the hospital to both treat mental health care as a basic human right and a perfectly normal part of our lives.
Image from theextraounce.com