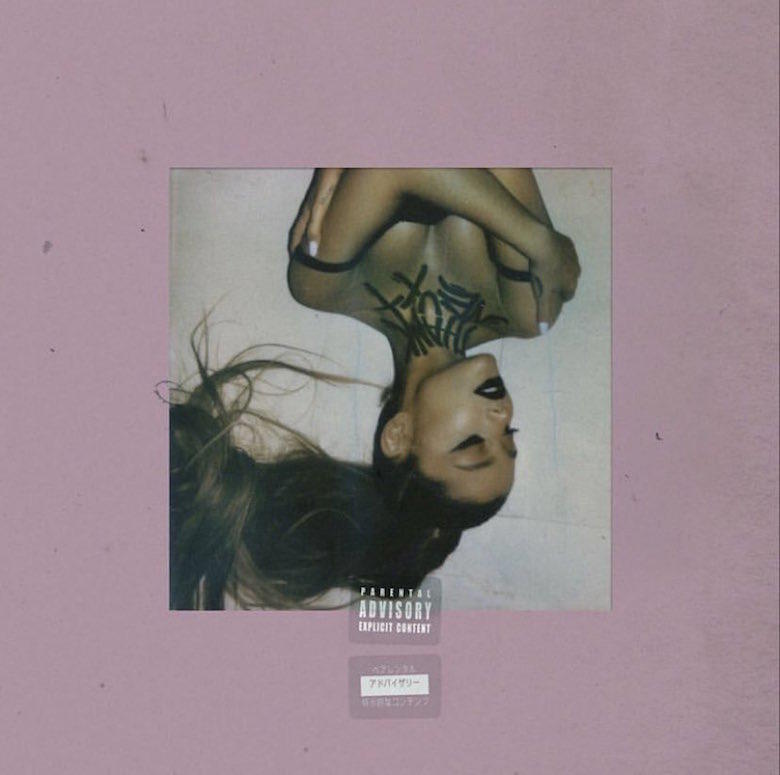 Ariana Grande releases  sixth album, “Thank U Next”
by Marvin Poindexter, Arts & Entertainment Editor
10/10
Six months ago, fans were treated to what can be considered Ariana’s most colorful album, “Sweetener.” An album two years in the making, which was fueled by what she had went through before the release of the project, marked a new chapter in her career.
During that time, Grande was in a completely different state of mind and place. She has experienced a lot from being engaged to Pete Davidson, to coping with the after effects of the bombing in Manchester, and the death of late ex-boyfriend and rapper Mac Miller. “Sweetener” was a break from Grande’s habitual tradition of using a black and white aesthetic for her album cover showcasing, her growth or rather an evolution of the pop songstress.
Now six months later, it is safe to say, at least that Grande is in a completely different place and state of mind, which is expressed in her sixth album, “Thank U Next.”
Compared to “Sweetener,” which had a more colorful/poppy tone, the “Thank U Next” album shows Ariana being more vulnerable and rawer with her emotions. The lead single and self-titled track, “Thank U Next,” clearly showcased this, with Grande talking about her past relationships in the span of her five-to-six-year musical career, essentially thanking them and being able to learn from those past relationships.
For example, the lyrics “One taught me love, one taught me patience, one taught me pain,” clearly expresses this. The track expresses the importance of self-love that alone sets the tone for the entirety of the album.
What makes “Thank U Next” unlike any of Grande’s previous albums is how vulnerable she is, and how each song can resonate with listeners. Each song means what it is titled, just how “Thank U Next” was about Grande thanking her exes, other songs such as “Needy” and “Fake Smile” demonstrate this.
“Needy” is a song being about how insecure Grande is, and how she needs attention, emotionally and physically. While “Fake Smile” tackles a different issue, Grande talks about her dissatisfaction with life, her career and everything that surrounds her. Instead of putting up a “facade” in the form of a fake smile, Grande instead opts to just express her emotions rather than hiding them, demonstrated with words like, “If I’m hurt, I ain’t gon’ lie about it/ If I’m mad, I ain’t gon’ lie about it/ Neck roll with the attitude, yuh.”
Unlike “Sweetener,” “Thank U Next” has no features, but none are needed. Each song stands as an anthem that clearly conveys its message that needs no assistance.
Songs such as “Ghostin” exemplifies this. A song that not only proves how beautiful of and powerful a voice Grande has, as well as how it is utilized while being able to set the emotional tone of the song. A fan (@sorryidipped) on Twitter recently asked what the song was about. Grande replied that “Ghostin” is “Feeling badly for the person you’re with bc you love somebody else. feeling badly bc he can tell he can’t compare…. and how i should be ghosting him.” Fans and media alike also speculate that the song could be about Mac Miller because it samples his 2018 song “2009,” as well as the lyrics within the song itself.
“Thank U Next” comes off as Grande finally letting loose and expressing how she feels with no restraints. Songs such as “7 Rings,” and “break up with your girlfriend, i’m bored,” prove as such.
What makes this album stand from the rest of her discography is how, as a collective, the album creates a whole anthem. “Thank U Next” can also be considered her darkest album as well.
Whether it’s a breakup anthem or one that can be treated as an anthem about self-love, which is displayed in the track “7 Rings,” “Thank U Next” has you covered.