Let’s get it done 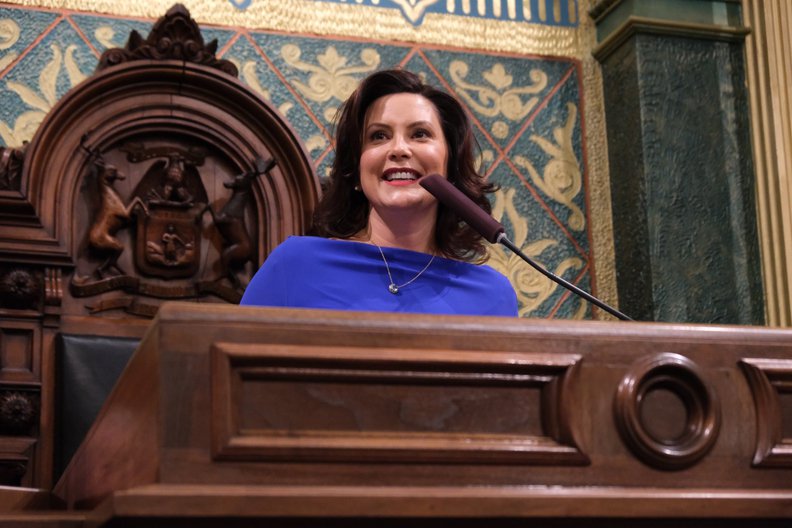 Governor Whitmer proposes deliverance of tuition-free option to students
by Chantele Fox, News Editor
Governor Gretchen Whitmer delivered her first State of the State address Feb. 12, during which she addressed, amongst other topics, the crises of crumbling infrastructure and deterioration of Michigan schools.
The governor introduced her plan to improve post-secondary education calling it “Three Plans to Skills.” Michigan Reconnect would be the path made available to those individuals already in their career but desire to acquire new skills in order to advance or to keep their current position of employment. This path entails either a skills certificate or associate degree with Governor Whitmer stating “this is the option for them to upskill.”
The MI-Opportunity Scholarship is the second path, intended for graduating high school students continuing their education and who opt for a two-year college versus a four-year university. This option would include two years debt-free community college for those who qualify. The scholarship is intended to begin spring 2019 and become available by fall 2020.
“This would make Michigan the first Midwestern state to guarantee community college for all,” said Governor Whitmer, following the introduction of the second path.
The final path would, yet again, include the MI-Opportunity Scholarship which is made available to graduating high school seniors choosing to attend a four-year college or university. This option would provide students with two years tuition assistance at a not-for-profit college or university. Students would need to carry at least a B average and graduate from a Michigan high school to qualify.
The governor was asked about her plan to fund her proposal to which she provided an indirect answer. Brian McVicar of Mlive.com quotes the governor’s response stating, “This is something that I think is a small investment compared to everything else that state government does.” That being said, she is expected to release specific details pertaining to the funding of this plan during her upcoming budget proposal within the next month.
The day following her State of the State address, Governor Whitmer visited Grand Rapids Community College, and toured the college and discussed further her plan of tuition-free funding for prospective students. “The governor’s free tuition scholarships would ‘hit a sweet spot’ by helping students whose household income is too high to qualify for some financial aid, such as a Pell Grant, and but still struggle to pay for college,” writes Brian McVicar of Mlive.com, quoting Bill Pink, President of Grand Rapids Community College.
Moreover, the governor stated that “as of 2016 nearly 44 percent of Michigan residents between the ages of 16 and 24 had a high-quality industry certificate or college degree.” Progressing forward, she aims to increase that percentage to 60 percent by the year 2030.
While there remains an unclear financial plan put in place to fund her tuition-free proposal, Governor Whitmer promises Michigan residents and graduating high school students that they can expect educational changes to occur very soon.