More than a dream 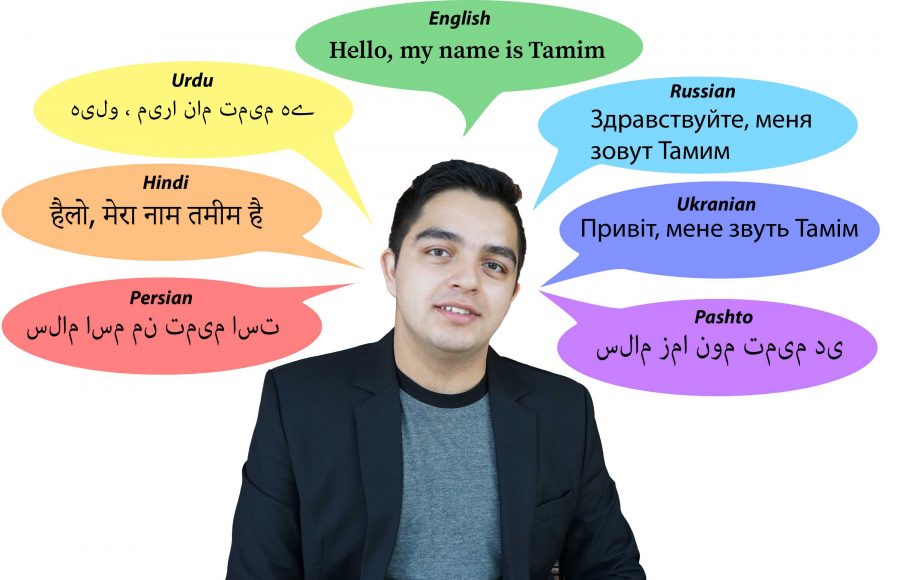 “It was more than a dream, to go somewhere better for my life,” said the Software Engineering student. “I never thought [immigrating] to the U.S. was possible for me.”
Born in Kabul, Afghanistan, Nayim has lived in three different countries and currently speaks seven languages. For Nayim, the hardest part about moving to the United States was learning the language. After his brother taught him the Latin alphabet, Nayim started his English studies by translating a newspaper about Barack Obama’s life.
Nayim studied English for less than six months before he enrolled at Robichaud High School. He started his high school career barely speaking English. However, he managed to graduate with a 3.7 GPA and a medal honoring his hard work and dedication. Nayim attributes his success to the staff and students who helped him with the transition.
“The people are so good,” said Nayim. “They helped me out and taught me English.”
For those hoping to learn another language, Nayim says practice is key.
“My biggest piece of advice is to have a big mouth,” said Nayim. “Talk with everyone, every second you can. This is the best way to learn languages.”
With the goal to receive a Ph.D. and eventually become a professor, or researcher, no dream is too big for Nayim.
“The advice I want to give youngsters is to focus on your goals. Money and beauty will come and go, but the real value is in knowledge and knowing your goals,” said Nayim.
Nayim believes if you focus on goals and work hard, one can attain them, regardless of what others say. When Nayim first came to the U.S., many people tried to discourage him, saying his English was very bad and that failure was inevitable. However, he ignored them and worked toward success.
“Only you know your limits,” said Nayim. “No one knows what you can or can’t do. If someone tells you, you can’t do something, you have to do it, and prove them wrong.”
Nayim’s mother language is Persian, and in school he had to learn Pashto, an Eastern Iranian language. He also learned Hindi from his interest in film. After that, Nayim was able to learn Urdu with help thanks to its similarities with Hindi and Persian.
At 14 years old, Nayim moved to Kiev, Ukraine because of tensions in Afghanistan. After he left Afghanistan, he was already fluent in four languages. When Nayim first moved to Ukraine, he had to learn Russian. However, after the 2014 Ukrainian Revolution, the official language changed to Ukrainian.
“I learned Ukrainian in school,” said Nayim, “but with my friends, I spoke Russian.”
When he was 17 years old, Nayim received a letter from the United States Embassy that would change his life. The letter offered him the opportunity to apply to go to the United States. He seized this opportunity and was accepted.
He immigrated to the U.S. with two more languages in his repertoire. After learning English in the U.S, he could now speak seven languages.
However, for Nayim, the goal was never to learn seven languages, or even immigrate to the U.S. “It was more than a dream for me,” says Nayim, “in school, we had to take English classes, but I always skipped them because I never thought I would go to the U.S.”
For Nayim, the goal was always to create a better life for himself. It was by focusing on and working toward this goal that he was able to accomplish what most only dream of.
Graphic by Clarisa Russenberger | Photo Editor