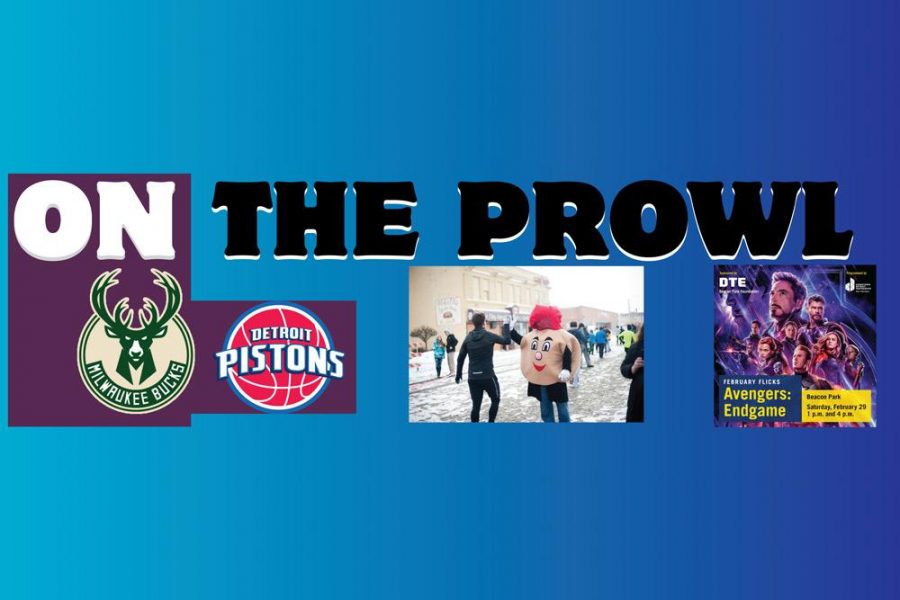 THE WINTER’S TALE
Hilberry Theater
4743 Cass Ave.
Detroit, Mich.
Now until Feb. 23
Showtimes vary
Individual tickets on sale soon
Shakespeare’s “The Winter’s Tale” is a fantastical romcom that begins with a king putting his own wife on trial for having an affair with his friend, while abandoning their newborn would-be princess in the wilderness. She lives on to grow up in Bohemia, where she falls for a man who might be the son of her father’s former friend. Stop by for grins, chuckles and a magical twist to tie it all off.
TIPPING POINT THEATRE
361 E Cady St.
Northville, Mich.
Now until March 08
Select Wednesdays 3 p.m.; Thursday – Friday 8 p.m.; Saturday 3 p.m. & 8 p.m. & Sunday 2 p.m. Preview (Thursday & Friday before Opening) $26, Opening Night (+ post-show reception) $47, Wednesday 3 p.m. & Thursday 8 p.m. $32, Friday & Saturday 3 & 8 p.m. $39 & Sunday 2 p.m. $35
Richard Hannay was looking for some color for his monochrome life, and boy did he get it. His regular night out leaves him in the bizarre position of being the only person capable of saving London by uncovering the murderous mystery of The 39 Steps. Come along with your friends for this captivating comedy-thriller!
THE PUPPETEER
Detroit Repertory Theatre
13103 Woodrow Wilson St.
Detroit, Mich.
Now until March 15
Thursday – Friday 8:30 p.m.; Saturday 3 p.m. & 8:30 p.m.; Sunday 2 p.m. & 7:30 p.m.
Tickets start at $17
When a 1920s jazz singer named Constance decides to stand on her own, not only does her legacy live on, but so does her conviction to forge an identity in this ever-entropic world. With roots in the Harlem Renaissance that branches into present day, the women from one African-American family strive to smother preassigned societal roles in order to find their way home.
DETROIT PISTONS VS. CHARLOTTE HORNETS
Little Caesars Arena
2645 Woodward Ave.
Detroit, Mich.
Feb. 10
7 p.m.
Tickets start at $9
Join the fun for a night of net in the Motor City as the Detroit Pistons take on the Charlotte Hornets at Little Caesars Arena.
TRIPPIE REDD | I MISS MY EX TOUR
The Fillmore
2115 Woodward Ave.
Detroit, Mich.
Feb. 14
7 p.m.
$32-$77
Trippie Redd, a highly acclaimed singer and rapper, has shown that he is the sort of artist that opens his wounds and bleeds all over his tracks. In just a few years, this 18-yearold has had his songs streamed over a hundred million times, and gained a 1.4 million body following on Instagram. He’s currently on tour his new release, “I Miss My Ex.”
THE NEW COLOSSUS | BROADWAY IN DETROIT
3011 W Grand Blvd.
Detroit, Mich.
Feb. 14 to Feb. 16
Friday 8 p.m.; Saturday 2 p.m. & 8 p.m. & Sunday 3 p.m.
Tickets start at $30
In the New Colossus, The Actors’ Gang members tell the stories of their ancestors; their hardships and their campaigns for freedom, born from oppression. The play celebrates the spirit and resolve of refugees who came to this country throughout the last 300 years. Come by to see an empowering performance on America’s culture.
FEBRUARY FLICKS
Beacon Park
1901 Grand River Ave.
Detroit, Mich.
Feb. 15 – Aquaman; Feb. 22 – How to Train Your Dragon: The Hidden World & Feb. 28
Come watch the DreamWorks classic that is How to Train Your Dragon, the coming of age story that started it all!
AVENGERS ENDGAME
All days 1 p.m. & 4 p.m.
Free admission; food for purchase
February Flicks returns to Beacon Park Detroit, Showcasing a marvelous clump of free films and movie-themed activities on Saturdays inside the heated tent. The tent will be adorned with comfy couches, blankets and pillows, but feel free to bring your own seating. Munchables of all sorts are also available to purchase. Have a seat and enjoy the show!
DETROIT RED WINGS VS. MONTREAL CANADIENS
Little Caesars Arena
2645 Woodward Ave.
Detroit, Mich.
Feb. 18
7:30 p.m.
Tickets start at $23
Come for a night on the ice as the Detroit Red Wings take on the Montreal Canadiens!
DETROIT PISTONS VS. MILWAUKEE BUCKS
Little Caesars Arena
2645 Woodward Ave.
Detroit, Mich.
Feb. 20
7 p.m.
Tickets start at $19
Come together for a night of the Detroit Pistons dominating the D, as they take on the Milwaukee Bucks at Little Caesars Arena.
PACZKI RUN
Hamtramck
Hamtramck, Mich.
Feb. 22
10 a.m. to noon
$40
Get on your feet and run before the big day, Mardi Gras! This 5K route runs through Hamtramck, shining light on the city that touts “The World in 2 Square Miles.” After the race, each finisher is served Paczkis by New Martha Washington & New Palace bakeries, with age dependent refreshments from Motor City Brewing Works.
DETROIT RED WINGS VS. CALGARY FLAMES
Little Caesars Arena
2645 Woodward Ave.
Detroit, Mich.
Feb. 23
7 p.m.
Tickets start at $37
Grab your friends and come see the Detroit Red Wings go head-to-head against the Calgary Flames at home in Hockeytown! Be amongst all the action and excitement in this match of the ages. There will be food, excitement, and hopefully even a good match. The Red Wings have been ready to square up against the Calgary Flames for a long time. The Calgary Flames are back and ready for the match of a lifetime. So, this is a match that you won’t want to miss!
DETROIT RED WINGS VS. NEW JERSEY DEVILS
Little Caesars Arena
2645 Woodward Ave.
Detroit, Mich.
Feb. 25
7:30 p.m.
Tickets start at $23
Come visit Hockeytown with friends and watch the Detroit Red Wings take the New Jersey Devils!
Graphic by Matthew Armstrong | Production Assistant