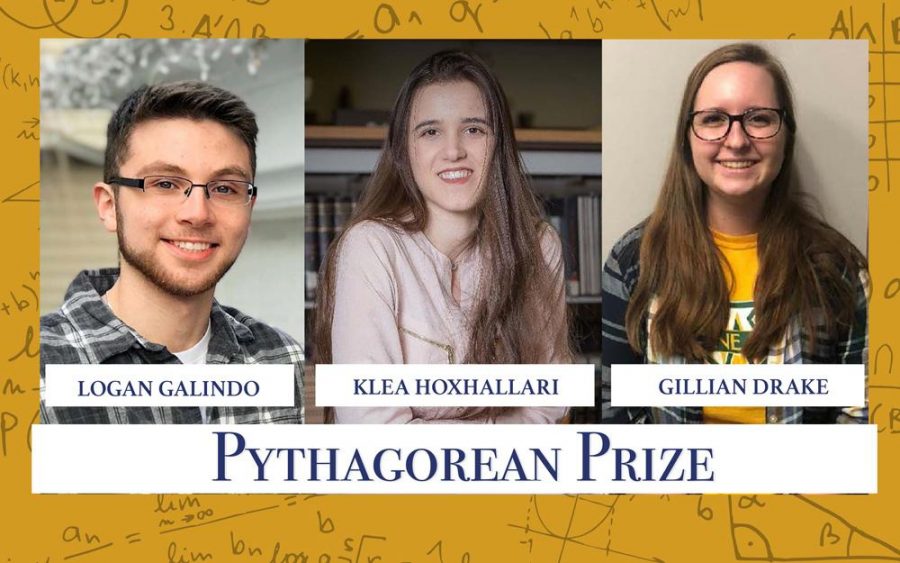 After preparing with the utmost dedication and submitting their applications, the 2020 Pythagorean Prize winners have been announced and given a commendation for their outstanding mathematical skills. The year’s winners are first place Logan Galindo ($3000), second place Klea Hoxhallari ($1500) and third place Gillian Drake ($1000).
Each contestant earned a monetary prize for their efforts thanks to the generosity of the Kehrl family, the Schoolcraft Foundation and many more donors who make it possible to recognize exemplary students each year.
Logan Galindo 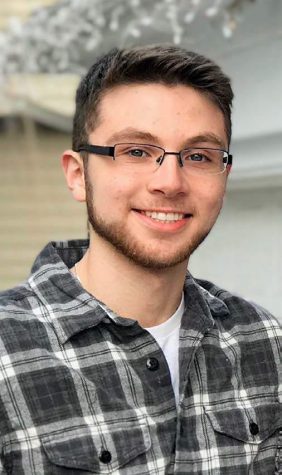 This young mathematician overcame seven years’ worth of arduous challenges to earn first place and his $3000 Pythagorean Prize. Galindo battled severe headaches that interfered with his cognition and analytical skills. His condition ultimately led him to having to drop out from Northville High School to attempt online learning.
Eventually, he decided to redefine his image and resume at Schoolcraft College. It was there that Galindo joined the Math and Physics club and the Honors Scholars program. He soon received high recommendation from his Calculus professor, Andrea Lazarski, to become a tutor at the Learning Assistance Center to assist other students in the subject he holds deep passion and appreciation for.
“The key was to stay positive and faithful… everything happens for a reason. This I had to believe… We all ask at some point, ‘why me?’ I came to realize that was the wrong question… Instead, I had to ask, what can I do with this? What unique perspective do I have to give…? I found answers to these questions from a motivational speaker, named Les Brown. Through his words, as well as some soul searching, I found my why. I wanted to serve my country in the military and build boats as a naval architect and Marine Engineer. This dream has become the source of every action I take and my light at the end of the tunnel. This reminded me why I struggled and gave me the strength to overcome,” explained Galindo on his process of overcoming his challenges.
Klea Hoxhallari 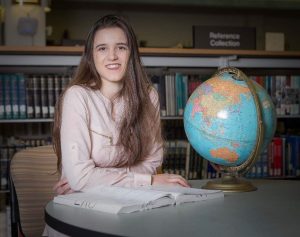 This first-generation college student has certainly defied the odds by coming to the United States on her own accord from Albania, especially so soon after graduating high school and with little to no English in her vocabulary. Despite this, her unfaltering confidence led her throughout a childhood of adversity filled with doubtful teachers and scornful classmates for her aptitude in mathematics to being the first member of her family to earn a college degree.
“I have overcome struggles in Albania due to the mentality where people think a lady from a poor family can’t achieve her dreams, but I know I can,” she commented in the ‘Right Angle.’
In addition to her courses at the college, Hoxhallari serves as the Vice President for the Math and Physics club and also as a Peer Assisted Learning (PAL) tutor. She is also avidly involved in the Engineering club and the college’s Alka Rocket challenge from earlier this year.
She plans to transfer to university after graduating from Schoolcraft this summer and major in Biomedical Engineering with the goals of developing new medical equipment and attend medical school to become a neurosurgeon or oncologist.
Gillian Drake 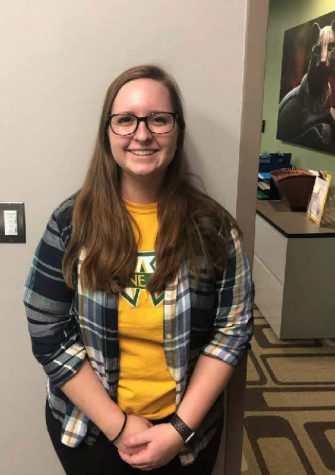 Many people might consider the study of mathematics futile after an educator that tells them they’ll never be good at it and that they should avoid pursuing the subject at an advanced level. This was not the case for underdog, Gillian Drake, who decided to use this as motivation to overcome the hardships of her least favored class. Once Drake came to Schoolcraft, she charged her logical enemy with confidence that her Precalculus class would be she put it “a breeze.” It came as a shock to Drake when she received her first exam back and realized this was not going to be the case, so she decided to faithfully attend professor, Audrey Mingela’s, office hours for extra help.
Drake went on to earn a 4.0 in Precalculus and basically every other course she took at the college with her mindset.
In addition to her rigorous courses, Drake also coached a girls’ high school softball team and created a tutoring program for her players. This program would be given the name ‘Aces for Bases’ and allowed her to be their coach on and off the field.
Drake currently attends Wayne State University as a Civil Engineering major and serves as a student assistant in the Marketing and Communications department.
“I believe that civil engineers have a more direct impact in people’s lives because of all the innovations and technology that they create in order to make a better and safer world… I want to be part of [that] generation,” Drake commented in the ‘Right Angle.’
“Winning the Pythagorean Prize is an accomplishment that participants will never forget,” states Mathematics Professor and former Pythagorean Prize winner, Lawrence Choraszewski. “Anyone can participate in the contest given that are enrolled in classes during the fall and winter and have completed at least 3 math courses with one being above the 200-level.”
In addition to these stipulations, potential participants needed to have a cumulative GPA of 3.5 in their math courses and 3.25 overall. Students are also required to complete an application and essay before the allotted deadline.
For more information about the Pythagorean Prize, please contact Lawrence Choraszewski at [email protected]
Anyone interested in reading about the winners of the Pythagorean Prize can visit drive.google.com/open?id=1yYFpX6CZBBKzYKJFq2jqx_bH_pvWUQgi. to view a PDF of Schoolcraft’s publication, the ‘Right Angle.’