Board of Trustees approve 10 semi-finalists in presidential search 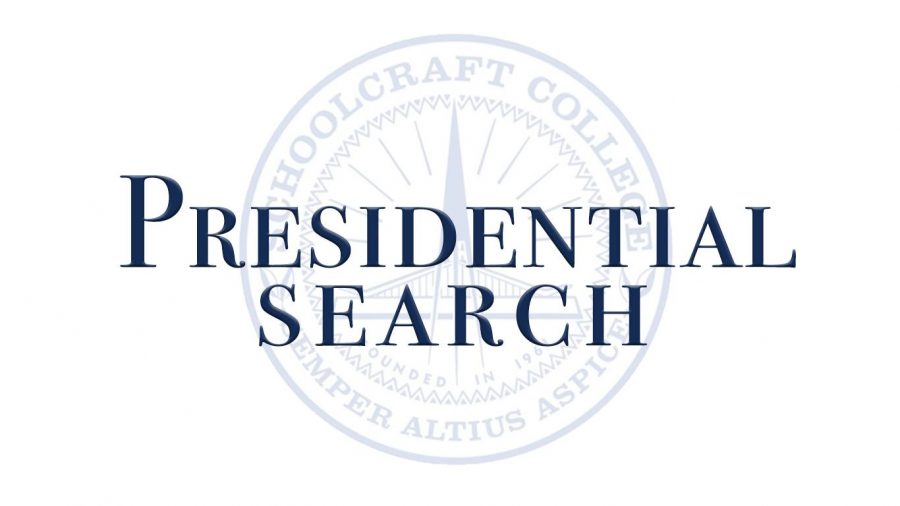 The Board of Trustees held a special meeting May 28 to discuss the 12 semi-finalist presidential candidates put forward by the Pauly Group. With 49 applicants in the beginning pool, the Board ended the meeting with a motion to pass 10 candidates through to the next stage.
The search for a new college President began subsequent to Dr. Conway Jeffress’ retirement announcement back in January. After nearly four decades at Schoolcraft, he made a notable impact on the college and the community at large. Now the college hunts for his predecessor, looking for someone who prioritizes student success as Dr. Jeffress did.
The evening’s discussion was led by Angela Provart, from Pauly Group and Brian Broderick, the Board’s Chair. The 12 candidates put forward by Povart met certain professional criteria and competencies desired by both the college and its students. Professional criteria included having a doctorate, prior experience in college administration and experience in an urban environment. The competency most sought after by the college was communication skills.
A motion put forward by Board Secretary Joan Gebhardt sought to eliminate two candidates from the pool of 12 provided by Provart. The two candidates in question had what Gebhardt believed to be the weakest communication skills of the applicant group. After a great deal of deliberation amongst the Board members, the motion to eliminate two candidates was carried by a 4 to 3 vote. The 10 remaining applicants were motioned through by a unanimous vote by the Board and will now begin the interviewing process.
At this time, no applicant names are available.