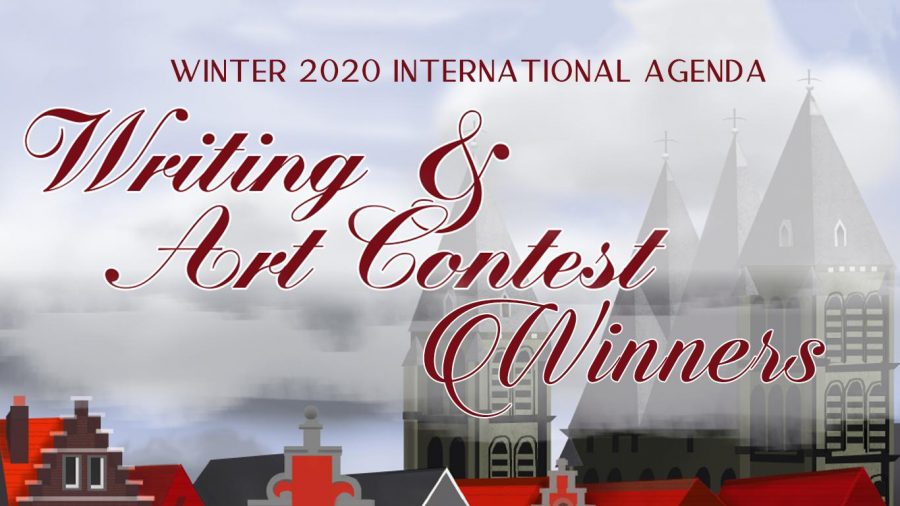 The International Agenda is a semiannual featured magazine produced by Schoolcraft College with the assistance of writing and art submissions from students. Each year a theme is chosen for the publication to cover in varying respects. Every issue comes with a writing and art contest that deals with international problems and concepts, with the most recent issue having been released and the winners revealed.
“[The contest] is a way to reach lots of students and to encourage them to grapple with global and intercultural issues,” states Professor Randy Schwartz, Mathematics professor and publication committee member. “Examples might include a photograph, drawing, or poem that captures some of the reality of another culture; an opinion piece about a U.S. policy issue that has an international dimension, such as immigration, free trade, the conflict with Iran or a paper summarizing the global market forces and the political and military conflicts that lead to fluctuations in gas prices.”
The first writing prize of $250 went to Sungho Lee for his essay titled “Break the Limit” which covers the challenges of immigrating to the United States from South Korea. Lee was mentored by Professor Christa Fichtenberg, who teaches English as a Second Language.
The second writing prize of $150 went to Michael N. Stasevich for his research paper titled “Charles de Gaulle: The Life of a Leader” which covers the life of the former French president. He was mentored by Professor Anita Süess Kaushik, who teaches World Languages.
As for the art submissions, the first-place prize of $250 went to Clarisa Russenberger for her mixed-media work promoting equality and peace titled “United: We Are One.” In addition, the second artwork prize of $150 went to Danyel McFadden for her depiction of water contamination and its effect on the world titled “Drinking Water.” Both were mentored by Professor Mike Mehall, who teaches Computer Graphics Technology.
“The winning entries, and the other pieces in International Agenda, help to raise community awareness of how our lives are being affected by international and cross-cultural issues,” Professor Schwartz explained. “Readers can learn about international challenges, cultures, and global events that they aren’t necessarily exposed to anywhere else.”
Schwartz goes on to explain that the magazines reach transcends Schoolcraft itself and each edition is available online as a color PDF. 1500 printed copies are delivered to libraries, stores, and other community outlets as well. It’s estimated that current readership is upward of 6000 per year and around three-quarters of the readership base being off-campus.
Congratulations to all who submitted pieces and those who were recognized. Don’t miss the chance to view these pieces when showcased in the fall 2020 issue of the International Agenda.
For more information on the publication, please visit schoolcraft.edu/scii/international-agenda. For further information or questions regarding the International Agenda, please contact Randy Schwartz at [email protected]