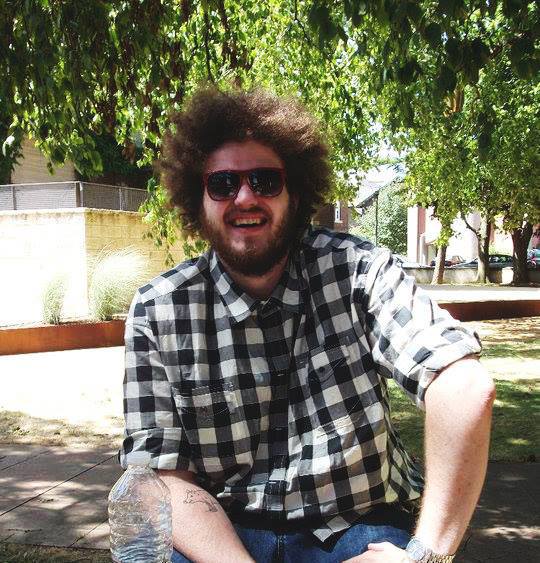 The John T. Osborne Plaid Pig Scholars Endowment is awarded twice per year to culinary students in honor of the late John T. Osbourne. (Photo courtesy of the Osborne family)

Every scholarship Schoolcraft offers has a unique story as how it came to fruition and the John T. Osborne Plaid Pig Scholars Endowment is no different.

The endowments origins started with the life of a young man taken too soon, the generosity of his grieving family and their entire community’s efforts to honor Osborne’s life by providing culinary students the chance to afford their education.

John T. Osborne was the youngest child in his family, with his brother Robert, a sister Domenique and parents Marie and John H.

“John was a very funny, intelligent and kind to a fault person. He was 6 foot 7, just this big guy. He had this big fro and wore these horn-rimmed glasses,” reminisced Osborne’s mother, newscaster and reporter for WJR, Marie Osborne. “He had this distinctive look about him. Anyone that met him, always remembered him. He was very soft-spoken, which was interesting with his appearance.”

After graduating high school, the beloved son attended community college, uncertain what career path to pursue. Osborne came from a loving family of cooks both by profession and passion, this led to his mother to encourage him to get a job at Avalon Bakery in Detroit, where he would work for several years. John Osborne’s passion for food led him to leave Avalon Bakery and begin working as pitmaster at Slow’s Bar BQ, a status Osborne’s mother claims was incredibly important to her son and something of great pride.

“I remember going to Slow’s to go to the bathroom as I was working as a reporter for WWJ and I was on the streets a lot. He was out back, and he was chopping wood. I asked what he was doing. He said he wanted it chopped a certain way to go into his smoker. ‘It just can’t go in this way, mom.’ He wasn’t satisfied with just placing it in there. It had to be good enough. In fact, he named the smokers and called them ‘the girls.’”

Since his time at Avalon Bakery, the late culinarian’s mother often brought up the idea of obtaining a certificate from Schoolcraft’s renowned culinary program to help him achieve his dream of launching a food truck. The pair even toured the program where his mother admired the students in their whites with their suitcases full of sharpened knives. She marveled at how strikingly similar they were to her son and strongly felt it was a good fit for him, even stating that if he didn’t attend, she certainly would.

“His dad and I offered to invest in the food truck, but we wanted him to have an education under his belt and understanding of the finances behind it. He was accepted into the program about 5 or six years before he died,” she explained. “He kept putting it off because he wanted more experience through Slow’s. It was hard because he was making more money and felt more obligated because of the responsibilities. Sadly, John never actually went through the program.”

Osborne eventually hit the glass ceiling in terms of advancement and felt that he wasn’t going to go much further at Slow’s. After six years there, Osborne took a job at a butchery in Sylvan Lake, where the 6-foot 7 gentle giant would pass away July 13 at the age of 28.

“As horrifying as it was for myself and John’s dad, as well as his brother and sister, I can only imagine how it must have been for his boss who had just opened the shop. He had been there only about six weeks when it happened,” Osborne’s mother said.

It was unbeknownst to himself and those that loved him that he had “Dilated Cardiomyopathy,” or weakened and enlarged heart, but even in the wake of tragedy the Osborne’s were determined to uphold John’s memory.

Soon after the funeral, Marie knew that she wanted to give some of the donations they received to the Schoolcraft culinary program’s students whose attendance depended on it. Her son-in-law even made an appointment with the Schoolcraft Foundation to hand deliver the donation. It was at this visit the Osborne family was informed they could have a lasting effect on the community by raising funds to set up an endowment.

With support from her family and her position in the media, Marie Osborne set out to gather support. She went to John’s former boss at Slow’s Bar BQ, which at the time was in the process of revamping its menus. To honor John, Slow’s added a sandwich coined the “Plaid Pig,” pig was John’s culinary “muse” and the most appropriate meat selection to honor the late pitmaster. Slow’s planned to use proceeds from the sandwich to help the Osborne’s fund the endowment. Additionally, Marie Osborne arranged a Hawaiian themed event called “Swine Dining,” to help promote sales and raise funds. Six professional chefs, including Schoolcraft’s Chef Shawn Loving, assisted and Detroit’s Whiskey Factory provided barrels of Bourbon with John’s image on it. By Dec. 1 of 2018, the Osborne’s gathered the required funds to set up the endowment.

Now the John T. Osborne Plaid Pig Scholars Endowment is awarded twice per year and the only criterion required for a culinary student to be eligible is a need for financial support, whether it is for tuition or supplies needed for the program.

“This is a difficult time for chefs. It’s heartbreaking to me. We’re hoping and praying the best for all of them in the workforce and those we’re trying to help into the industry. Not all heroes wear capes, but aprons,” Osborne finished.

The Plaid Pig sandwich is still available at Slow’s Bar BQ, so if you are looking to support a local restaurant consider stopping by the local hit located on 2138 Michigan Ave.

If you would like to donate to support the John T. Osborne Plaid Pig Endowment, please visit: secure.acceptiva.com/?cst=c29f8f.