Schoolcraft to host virtual screening of “Healing From Hate,” followed by Q and A with producer 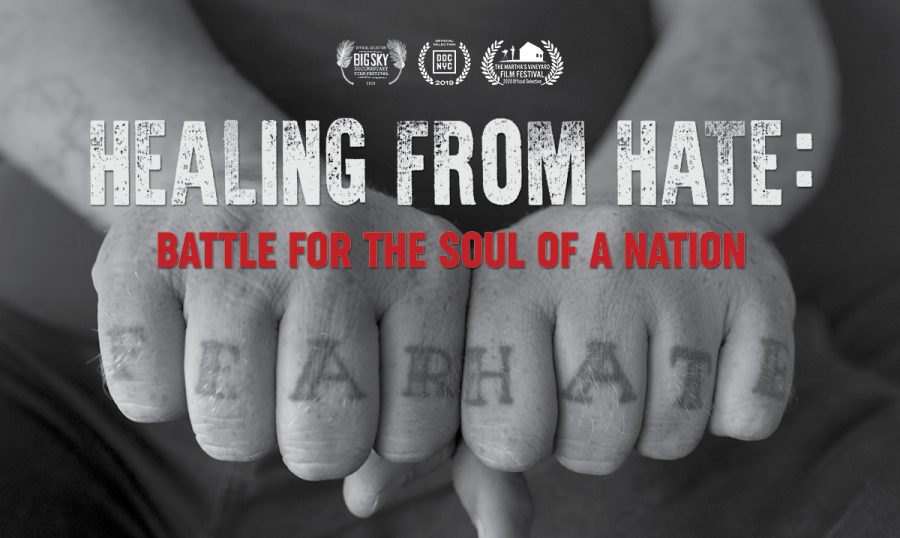 What causes people to hate another person or group of people? Or more importantly, what does it take to steer someone away from the path of hate?

“Healing From Hate: A Battle for the Soul of Nation” examines the minds of men who gravitate toward white-supremacist groups. The movie follows the organization Life After Hate, a group founded by former Skinheads and neo-Nazis who now seek to de-radicalize violent extremists.

Schoolcraft will be hosting a virtual screening the film Nov. 19 from 6 to 8:30 p.m. followed by a question and answer session with the producer Peter Hutchinson.

The Film makes the case that men who join these groups are motivated less by ideology and more by the need to prove their masculinity. “Healing From Hate” is both a documentary of racism and white-male grievance in America.

“During a time of deep political divide, the film is very timely and attempts to address these divisions,” states Helen Ditouras, Schoolcraft English professor and Co-Chair of the International Institute. “For those sitting on the fence, I would encourage them to attend the screening and the Q&A with the director who will be available to discuss the film further.”

Peter Hutchinson is an award-winning filmmaker, NY Times Bestselling author, educator and activist. Hutchcinison has produced several documentaries, like the notable Netflix documentary “Requiem for the American Dream: Noam Chomsky and the Principles of Concentration of Wealth and Power” and “What Would Jesus Buy?” Currently he works as an adjunct faculty member at NYU Tisch/Kanbar Institute of Film & TV. Hutchinson will be introducing the film as well as holding a question and answer session afterward.

“The takeaway for the screening and subsequent Q&A promises to be valuable, educational and transformative,” commented Ditouras. “It is important that students recognize the potential of film and community dialogue to break down the barriers of hate.”

To attend the event, join the Zoom meeting Nov. 19 at 6 p.m. using the following information: schoolcraftcollege.zoom.us/j/87350915135