No, this record is not broken 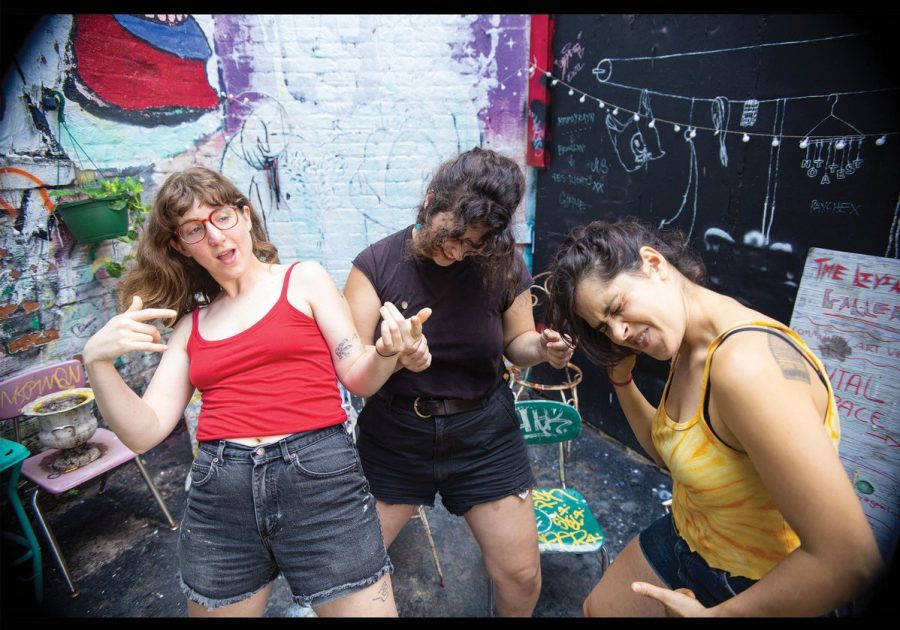 Nearly a decade ago, students at New York’s Bard College – Anina Ivry-Block, Lolly Konigsberg and Nina Ryser – began to make music together under the name of Palberta. Now, after the release of four previous albums and five EPs, all of which met with high acclaim, the noise-rock triad have made a name for themselves of a group with a playfully wild and unpredictable music style. Freshly released is their latest creation: Palberta5000, a sixteen-song album of mostly bite sized songs that yank the listener along for the ride with hypnotic repetition and vocals.

The voice of Palberta is one of three parts. Each of the three band members sing as one throughout nearly all of Palberta5000’s songs, sometimes singing the same lyrics, sometimes a lone singer with occasional backup vocals, sometimes with each voice deviating with her own set of lines or verses to form a harmonious cacophony from which the aforementioned hypnotism partly originates.

The other half of what elements create such a hypnotic effect is the common employment of loopy repetition; many of the album’s songs have only a few lines of lyrics but are often repeated enough for them to reach the 2-3 minute-mark, sometimes well beyond.

This isn’t to say that Palberta5000 is all repeating lyrics – no, the lyrics are only half of the story, like how mannequins standing in the window only hint at what could be in store. The other part of the music’s impact is in its use of plain instruments. Guitars, bass, percussion – these tug with the nonverbal storytelling of the music; the cadence, mood, and tone are all set and reset at the whims of these instruments. Take “Fragile Place” for example, for much of the song there are rapid hits against sharp symbols and snare drums paired with blocky, chanting vocals, to bring on an anxious atmosphere. But for what few moments of cheerier vocals there are, nearly all the imposition of these instruments is drained for all but one symbol, one snare drum and higher, lighter plucks of a guitar. This point in the song is no oasis, as there is still that one remaining piece of anxiety that one remaining drum and one remaining symbol tuk-tak-tuk-ing away for all four minutes and 37 seconds of the song. The lyrics are but the icing on top.

Though as a whole, Palberta5000 turns out to be an excellent option for listeners seeking for a forty-some minute self-induced trance; one of unpredictable pounding, crashing percussion and guitars with three feminine voices circling overhead.