Climate crisis becomes increasingly dire; what can we do? 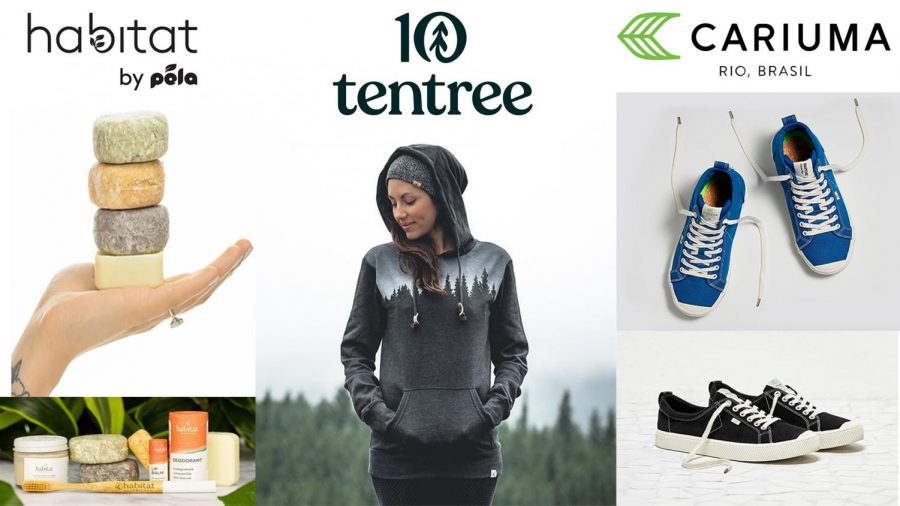 Year after year, season after season, Mother Earth’s symptoms of climate change become more visible and more deadly. More and more often is humankind faced with disasters of fire, ice, plague and death like hurricanes, wildfires, pandemics and snowstorms. Over the past year, I remember record numbers of storms battering eastern coastlines, the western edge of the U.S. as well as Australia bursting into flames. Now, at the time of writing this, nearly the entire country is in sub-freezing temperatures and buried in snow. Let’s not forget the global pandemic on top of all that either – even though we may desperately want to.

Each and every one of these natural disasters are but a symptom of a greater threat; not a measly virus or a Texan snowstorm, but the potential destruction and extinction of life as we know it. Yes, that sounds dramatic, though it isn’t nearly as inaccurate as most would like to believe; humanity has permanently altered the vast majority of the globe’s land area, according to an expansive report by the Intergovernmental Panel on climate change. This has resulted in the destruction of natural habitats and the subsequent death and/or diaspora of countless species – many of which are vital to local ecosystems – while also providing perfect breeding grounds for creatures that often-spread disease, like mosquitoes, mice, rats and so on.

We all know the climate effects caused by pollutants; we’re feeling it all too well with our current cold snap and our recent record-setting summers. In short, humanity is slowly – but not that slowly – strangling all life on Earth, and burning holes in the very atmosphere.

As individuals we can only do so much; we can change our lifestyles – like shifting to a plant-central diet or buying secondhand/sustainable products – in ways that will do more to set an example for others than actually helping the environment – yet that doesn’t mean such examples aren’t any less important. A few sustainable, ethical – whatever label you’d like to slap on them – companies of note are as follows.

They sell sustainably made and ethically constructed footwear. For every pair of shoes purchased a pair of trees is planted.

They sell sustainably made, plant-based and compostable personal amenities like shampoo, deodorant, lip balm and more. They are also an arm of Pela, a company that sells sustainably made and compostable phone cases; though both companies are under the umbrella organization Open Mind Developments (OMD), which puts 1 percent of profits toward environmental nonprofit groups.

They sell ethically made clothing, bags and other textile related products; every item purchased plants 10 trees.

One thing to note about the sustainable/ethical marketplace is its general inaccessibility to most people because of high prices, and those prices are so eye-wateringly high for a few key reasons.

First, high energy efficiency devices and appliances (like a high-efficiency washer) generally have an unappealingly hefty price tag to begin with, even though the products save the user money in the long run.

Secondly, fair and ethical labor practices – like staying away from sweatshops and child labor, while paying all employees living wages – is far more expensive than the manufacturing practices of the mainstream corporate monoliths that are dominating popular culture right now. Thirdly, demand for climate-friendly products is not as high as traditionally made products at the moment. So, at least when it comes to apparel, the final (legal) option that nearly anyone can afford, is thrifting. Besides Goodwill and Salvation Army, there are many other locally based thrift shops to find plenty of good secondhand clothes (besides socks and undies – that would be gross). There are also websites and apps such as Depop and Etsy – mainly Depop – where some genuinely nice and often unique secondhand clothing can be found.

Doing things at the individual level creates more of a social impact than it does an environmental one. What we must do to enact change that matters are organize not only as nations and allies, but as a species as well. In facing climate change we must cast aside our trivialities and hubris, for we will probably have to commit to material sacrifices – like the economic cost of a country going carbon neutral – to save the Earth’s future.

This is just the idealist’s image. Things seem like they’re going to be getting much, much worse before they get better. But it’s still worth the effort, I think. Even if there’s barely any life on Earth worth saving, it still would’ve been worth it. Because aiming for an unrealistic archetype will still grant greater boons than failing to aim for any at all.