Running from the past 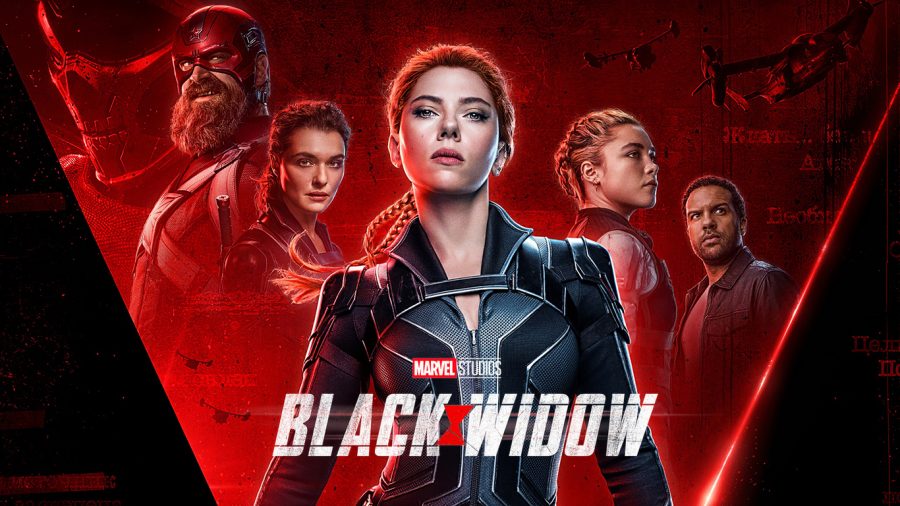 After multiple setbacks due to Covid-19 that delayed the release date behind “Black Widow,” Marvel has once again released another successful hit for moviegoers.

This delay proved to be profitable to the Marvel movie, as it grossed $80 million in its opening across North American theaters. Not only is this film enjoyable from the standpoint of fulfilling the legacy of Black Widow’s character, it also serves as great representation with its status as status as as a female superhero movie.

The movie starts off on an eye-catching note with one of the finest opening credit sequences Marvel has ever produced. Not only does it add to the dark theme Black Widow is known for, it perfectly echoes the reality of the world around her. Black Widow’s opening credits are then powerfully complemented with an outstanding musical score from Malia J’s cover of Kurt Cobain’s “Smells Like Teen Spirit.”

After these initial opening credits, the movie takes a different approach. Taking some inspiration from the Jason Bourne movies, Natasha Romanoff aka Black Widow (Scarlett Johansson) is on the run from the events that unfolded from Captain America Civil War while confronting a dangerous conspiracy that ties in with her past.

The rest of the movie retains its high rating as it incorporates some great action scenes, a story with some cleverly timed twists and turns, comical interludes, amazing writing and reasonable, but engaging stakes.

Besides Black Widow being the heroic character as expected, Yelena Belova (Florence Pugh) did an unparalleled amazing job at proving to be Romanoff’s equal while also being comical and entertaining to watch. Additionally, Alexei Shostakov aka “Red Guardian” (David Harbour) then did an exceptional job of giving us a cool, but funny Red Guardian (Captain America’s Russian counterpart). Most of the other characters were likable, well-developed and put on memorable great performances as well.

However, the movie does deliver a disappointing villain, known as “Taskmaster” or Antonia Dreykov (Olga Kurylenko). While the first fight between her and Black Widow did an adequate job showing off her capabilities and making her a deadly villain, the final fight between them could have been edited better to be longer and add more suspense. Taskmaster’s fight with Red Guardian (David Harbour) could have also gotten some more screen time as well.

Thankfully the movie’s main villain Dreykov (Ray Winstone), proves to be a decent, terrifying antagonist, especially when he is first introduced from the opening credits.

While the ending of this movie was satisfying to watch, the post-credit scene that follows after this could have had some footage cut out of it to make the scene have more emotionally impactful.

While the film did an excellent job at making viewers care for Black Widow’s family and their relationships with one another. Unfortunately though, it still missed the opportunity to make the emotions amongst the characters meaningfully resonate with the audience. Theatrically, “Black Widow” fell short and could have improved with a darker theme like the opening credits and could have enhanced it in certain moments throughout the film.

Overall, “Black Widow” is an enjoyable action/spy thriller and it is highly recommended that Marvel fans don’t miss this one.

Black Widow is in theaters now and there is also the option to watch it on Disney’s streaming service Disney Plus.