Karbownik: Journalism at its finest 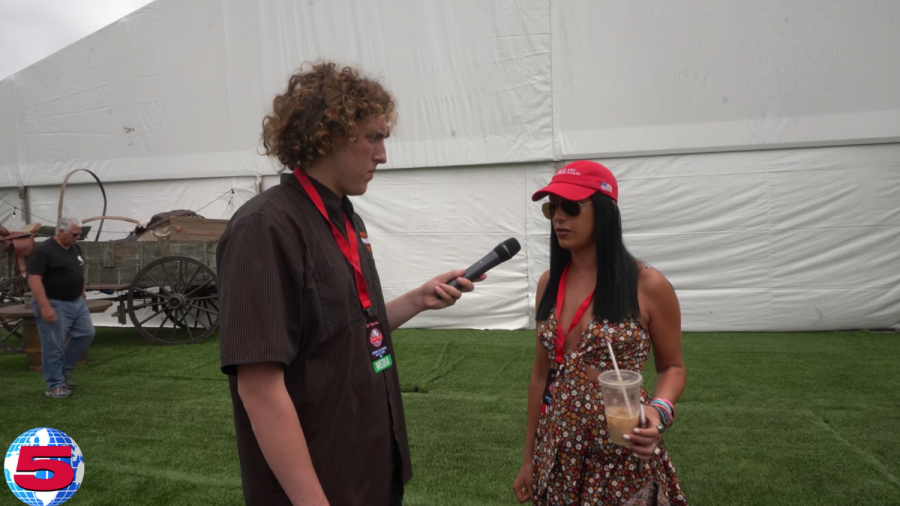 With many mainstream media companies and outlets struggling to maintain an unbiased and balanced approach to reporting certain stories, there is one journalist who is fulfilling all these expectations and beyond. This journalist American YouTuber, Andrew Callaghan.

In his video segments, Callaghan goes on location with microphone in hand and asks a variety of questions to individuals or groups he interacts with at whatever event he is attending. He is able to blend in with any given environment or situation through his realistic, yet comedic style of reporting. This is all possible due to the fact that Callaghan takes the time to analyze the type of demographics he will be engaging in conversation with and the location in which they’re in.

Since Callaghan’s reporting is non-biased (as he doesn’t favor one side or opinion over the other) this helps establish him as an independent journalist. As a result, he is popular and well-liked by viewers of all backgrounds. Perhaps the most important aspect that defines Callaghan’s character and his status as a reliable, but entertaining journalist is that he shows different perspectives and sides of what makes up America and which differs with most mainstream media of today. Callaghan is best known from the YouTube channel All Gas No Brakes. Some of the most memorable events that were covered from the channel included the protests from Portland, Oregon and Minneapolis, Minnesota during the surge of Black Lives Matter protests across the country last year as well as fourth of July celebration coverage in the upper peninsula of Michigan during COVID.

However, Callaghan and his crew (Nic Mosher and Evan Gilbert-Katz) ended up being fired by Doing Things Media, the company Callaghan’s channel was previously owned by, after some contract issues and scheduling conflicts emerged.

Shortly after Callaghan’s exit from All Gas No Brakes, he started up a new channel known as Channel 5 with Andrew Callaghan. This channel is similar to his last as it incorporates the same style, comedy and realistic reporting that makes Callaghan an entertaining, trustworthy journalist. Some of the most well-known videos from this channel include coverage of a White Lives Matter rally in Huntington Beach, California, the rise of COVID-19 during spring break in Miami and more.

In my opinion, Andrew Callaghan is the perfect representation of quality modern day journalism. The credit and support that Callaghan receives allows him to spread positive messages and themes not only in the United States, but all over the world in the hopes of a bright future.