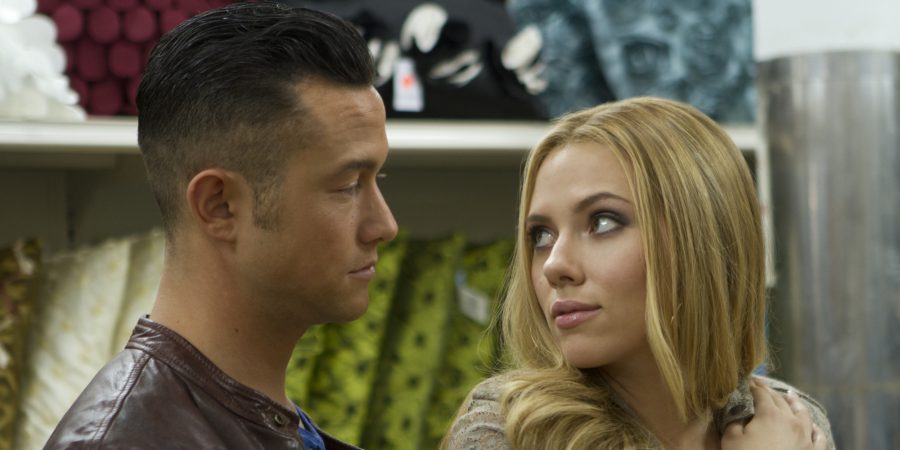 Risqué romantic-comedy has both humor and heart
By Carlos Razo
Arts & Entertainment Editor
Few young actors have risen to the top of the Hollywood hot-list as fast Joseph Gordon-Levitt.
A multi-talented actor and musician, Gordon-Levitt has performed in a variety of films, from Hollywood blockbusters like “The Dark Knight Rises,” to smaller films like the off-beat love story, “500 Days of Summer.”
Working both in front and behind the camera in his directorial debut, Gordon-Levitt gives us another endearing romantic-comedy with “Don Jon.” Gordon-Levitt stars as Jon, a young womanizer from New Jersey who lives his life for few things: his body, his pad, his ride, his family, his church, his boys, his girls… and his porn.
As easy as it is for Jon to constantly score “Perfect 10’s,” his lust for flesh cannot equal his love for internet erotica. Soon though, the constant one night stands become tiresome, so instead Jon seeks out something he has never had before: A faithful, monogamous relationship.
After meeting a beautiful young woman named Barbara (Scarlet Johansson), Jon starts to think that this new relationship will lead to the best sex he will ever have.  Unfortunately, his closeted addiction can only remain hidden for so long.
Gordon-Levitt’s natural charm and likeable demeanor are in full force here. He perfectly displays confidence, cockiness, and in the right moments, extreme vulnerability. Johansson is surprisingly charismatic and shares wonderful screen chemistry with her leading man.  The onscreen romance the two share is everything a mainstream Hollywood film would promise to a guy like Jon; it is sizzling hot, quick-witted, and endlessly flirtatious, and for better or worse, nothing more.
Since Jon has been spoiled by loose, fruitless relationships and hours of internet porn, his ideas of love and intimacy have been greatly perverted. It is an interesting and fresh subplot for a movie like this.
Instead of just beating the audience over the head with a lecture on true love, “Don Jon” shows what happens when unrealistic expectations are put on relationships—both physically and emotionally. The script is thoughtful and insightful, but also features a great deal of humor.

Jon narrates the story, and hearing his thoughts on women, the justification to his addiction, and other internal monologues were the best written comedic bits.
Tony Danza has a hilarious role as Jon’s Father, and the scenes in which Jon goes over to his parents’ house for Sunday lunch were some of the most entertaining scenes in the film.
Some audience members may be put off by the amount of graphic sexual material in the film, but as long as the viewer can understand even the crudest moments are used in good humor, they will be laughing through it instead.
“Don Jon” marks a new phase in Joseph Gordon-Levitt’s skyrocketing career. This is a touching, charming, and entertaining movie that shows off the incredible talent of its two leads.
It will not be for everyone; especially those sensitive to adult content. Others will find “Don Jon” to be a movie worth seeing, because just like Jon, we all love a happy ending.