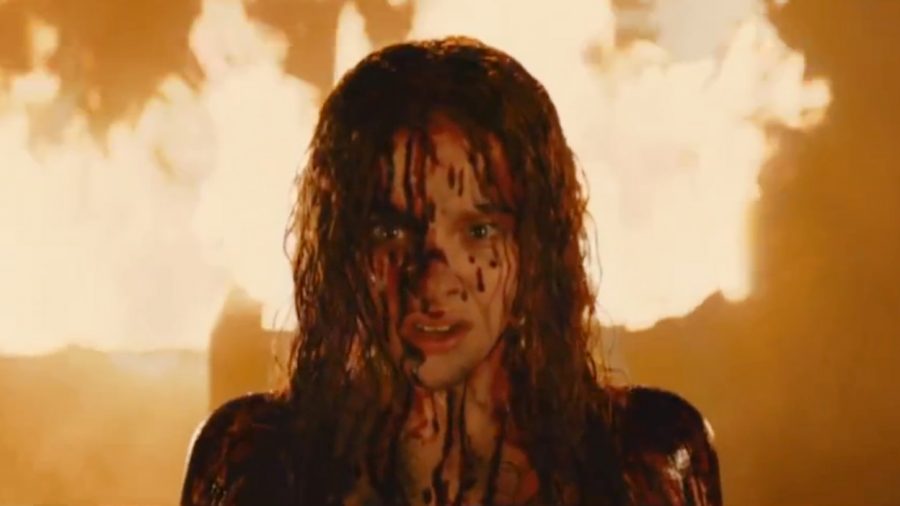 Remake of horror classic lacks focus
By Carlos Razo
A & E Editor
“You will know her name,” the posters for “Carrie” read, superimposed over the blood-soaked face of actress Chloë Grace Moretz. A remake of the 1976 classic, this new interpretation of Stephen King’s famous novel is desperate to introduce a new generation of moviegoers to the tragic story of Carrie White.  Sadly, director Kimberly Pierce took very few creative liberties with her vision of the story, giving us a film that feels distracted by itself and barely justifies its own existence. For better or worse, this version of “Carrie” is simply the original film set in modern times.

Moretz stars as the title character, a social recluse who lives with her abusive and puritanical mother, Margaret, played by Julianne Moore. One day at school, Carrie experiences her first period, unaware of what is happening to her body. Instead of helping, her high school peers humiliate her, throwing tampons at her and even recording the event on their phones. Finally, the school’s gym teacher, Rita Desjardin (Michigan’s own Judy Greer), breaks up the group and begins to reach out to Carrie like no one has before. Eventually, Carrie is asked to the senior prom by one of the most popular boys at school, Tom Ross. But even as Tom genuinely hopes to give Carrie an enjoyable night, the rest of the popular clique devise a plan to destroy Carrie’s spirit for good with a pulley, a rope, and a few gallons of pig blood. Carrie retaliates by lashing out a horrific display of her telekinetic abilities onto her small town.
Moretz plays the lead role strongly, though admittedly it was hard to buy into the fact that someone who looks like her would be an outcast. Moore is terrific in the role of Margaret, as her portrayal evokes both hatred and sympathy from the audience. The best performance comes from Greer, who unconditionally supports Carrie and is one of the only non-antagonistic characters in the film. The other characters are a bit thin and underdeveloped, though the scene of the massacre on prom night ends up being strangely satisfying. There are definitely some emotional scenes in the film due to Moretz’s, Greer’s, and Moore’s performances and these aspects of the film work well.
Unfortunately, the biggest criticism towards the film is that it just feels a bit unnecessary. Not since the 1998 version of “Psycho” has a remake felt this routine. It was as if the director and screenwriter got carried away by the fact that they were remaking a classic film and intentionally added little input of their own. The phrase “If it ain’t broke don’t fix it,” still applies here, but it seemed like the creative team lacked artistic drive.
For what it is worth, “Carrie” is a decent modernization of the original that gets a few things right. While those familiar with the original will not find much to reignite their interest, this new version may have just enough to pull in a whole new audience who will soon know her name.