Ocelots recaps for Feb. 22 through March 21 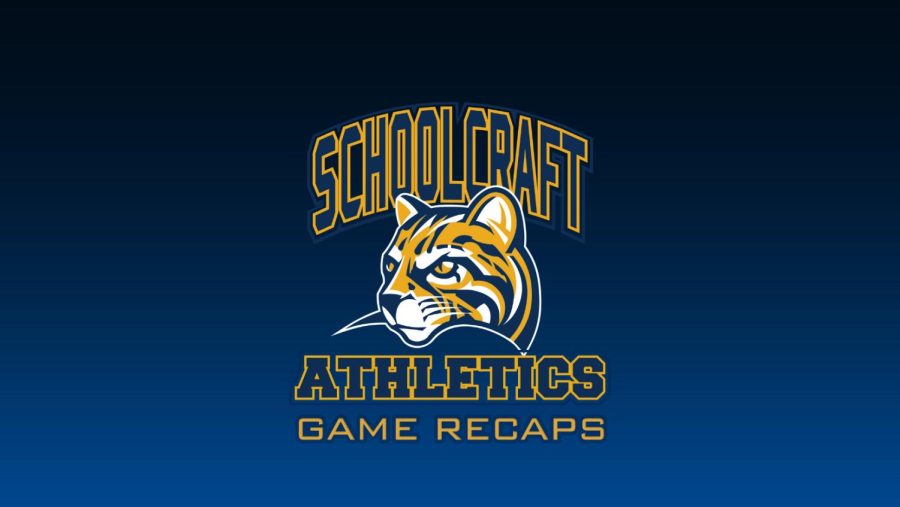 The Ocelots fell against the Raiders on Friday, March 4 in the NJCAA Great Lakes District B Women’s Semifinals in Flint, Michigan.. Ruby Garner and Catarina Jaurez led the Ocelots in scoring with 14 points each. This capped off a season in which the Ocelots finished with an impressive 18-7 record.

Schoolcraft fell against Muskegon in the MCCAA championship. After finishing 13-3 in conference play, the Ocelots earned a spot to represent the Eastern division against the Western conference champ Muskegon. Unfortunately, the Ocelots were trailing by 18 points at the half and couldn’t close the gap during the second half, but the Ocelots should be proud after putting up such a successful season.

The Ocelots finished the regular season with a blowout victory against Alpena. Ruby Garner led the team in scoring with 14 points while shooting an impressive 85 percent from the field. Catarina Juarez had 9 points, 6 assists and 3 steals. This marks the 18th win for the Ocelots. The team also held a pregame ceremony to honor their sophomores. Sophomores honored include: Justina Szallkowski, Krisma Matthews, Natasha Carter, Nour El-Zein, Samantha Smith, LaZae Mosley and Jasmine Ellis.

The Ocelots fell against Wayne on Friday Feb. 25. Keionte Cornelius and Devin White combined for 43 points in the loss. This would mark the end of the Ocelots basketball season; the team finished with a record of 7 wins and 19 losses.

Schoolcraft came away with a victory at home against Alpena.  Keionte Cornelius led the Ocelots in scoring with an impressive 27 point performance. This marks the seventh win of the season for the Ocelots.

The Men’s and Women’s Bowling teams headed to the NJCAA Bowling Championships at Royal Scott in Lansing, Michigan March 3-5.

The Men’s team finished 10 out of 22 on the first day of the two day tournament at  the NJCAA Mens bowling championship in Lansing. The Ocelots remained in the middle of the pack and looked to move up on day two of the tournament. On March 5 the team finished with the ninth place spot overall. This led to a finished season in second place within the Eastern Division for Schoolcraft.

Baseball
The Ocelots Baseball team  headed south for a week to prepare for the upcoming season. The team went 2-6 on the road trip.

Schoolcraft continued their matchup against Rockingham on Friday, March 4 featuring another double-header matchup. Rockingham won the first game against the Ocelots by a score of 5-3. In the second game the Ocelots came out firing on all cylinders scoring an impressive 11 runs to secure the 11-7 win against Rockingham. Freshman Nathan Saavedra hit his second home run of the year.

In the first game, the Ocelots fell 5-2 against Rockingham. In the second game, Schoolcraft came out strong and shutout Rockingham, winning by a score of 6-0. Cooper Gean went 4/6 with 1 RBI, 2 walks and 2 stolen bases. Pitcher Josh Micheals went 5 innings and had 2 hits and 2 strikeouts.

Schoolcraft played two games against Motlow State on Saturday. In the first matchup, the Ocelots fell 14-0. In the second matchup, They also came up short, losing 11-0.

The Ocelots began Friday’s double header against Glen Oaks. The game was quite low scoring as it seemed neither of the offenses could get past the great pitching. Schoolcraft ended up falling short 2-1 to begin the double-header.

Schoolcraft finished off the double header on Friday against Florence-Darlington Technical college. The Ocelots ended up losing to the Stingers; the final score was 7-3.

Schoolcraft started off their double header on Thursday against Glen Oaks. The Ocelots came out on top in a close matchup which ended in a score of 4-3 in favor of Schoolcraft.

Schoolcraft vs College of Lake County