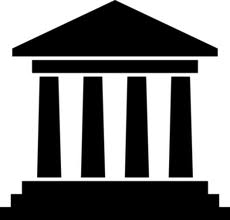 Supreme Court Tackles Michigan Affirmative Action Case
By Peter Hubbard
News Editor
During these past few decades, the hot topic of affirmative action has been energetically disputed from America’s classrooms to courtrooms.
For those who are unaware of its meaning, affirmative action is a policy that encourages the increased representation of women and minority group members within a population in areas of employment, education, and business. Its adoption has been historically controversial in nature.
On Tuesday, October 15, 2013, the simmering debate continued as arguments over its use were presented before our nation’s highest court. The country awaits the Supreme Court Justices’ verdict.
The original case, Schuette v. Coalition to Defend Affirmative Action, revolves around a 2006 Michigan amendment to the state constitution, determined the constitutionality of state voters to ban affirmative action programs in higher education through a referendum, or a proposed change in legislature decided by popular vote. Although the amendment was supported by the majority of Michigan’s population, many contend that the route which opponents of affirmative action took to abolish its programs was unconstitutional.
Before passing into the Supreme Court’s domain, the case had already trekked through the 6th U.S. Circuit Court of Appeals, which upheld the decision by a narrow 8-7 ruling. According to the AP (Associated Press), the Circuit Court determined, “[The] Michigan provision violates the Equal Protection Clause of the 14th Amendment of the Constitution, as it places a burden on affirmative action boosters who would be forced to launch their own extensive, circuitous campaign to strip the constitutional provision.”
The principal question in this case is not whether race should be a factor in the college admissions process, but whether or not affirmative action can be banned through a referendum.
Due to legal precedent, the decision result of the Schuette v. Coalition to Defend Affirmative Action case carries enormous weight. If the Supreme Court votes in support of the Coalition to Defend Affirmative Action, the result will ban the ability of the state to decide whether affirmative action is allowed or not by taking the question to the voting population; a decision like this will affect not only Michigan, but also Arizona, California, Florida, Nebraska, New Hampshire, Oklahoma, and Washington.
The combined collection of affirmative action advocates expect the highest court to stand by its decade old 2003 decision, which declared the country’s colleges can choose to use affirmative action practices in deciding which students to admit. From their point of view, affirmative action promotes equality by compensating for the difficulties minorities face in being a fraction of the population.
“What Prop. 2 has done is allow the majority to take away the policy that the university has for hearing everybody’s voice. So essentially the will of the majority has silenced the minority,” said Rosie Ceballo, Associate Professor at the University of Michigan (U of M) . Ceballo and husband Matthew Countryman, also a professor at U of M, said the ban has cut minority enrollment by a third and had a negative effect in the classroom.
“As a group, they feel less a part of things; less able to participate in the give and take of the institution,” Countryman says. Supported by statistics from the AP, African-American and Latino enrollment at the University of Michigan has plummeted since the ban on affirmative action went into effect in 2006.
Michigan Attorney General Bill Schuette, the chief defense lawyer in the case, began his statements by quoting the words of Chief Justice John Roberts. “The way to stop discrimination on the basis of race is to stop discriminating on the basis of race,” he said on Wednesday, Oct. 15. He states in his fundamental argument in support of the ban: “It’s an expression that in Michigan we think it’s wrong, fundamentally wrong, to treat people differently based on their race or the color of their skin,” he said in court.
Speaking for the 58 percent of Michigan’s voters supporting the ban, Justice Antonin Scalia said about the measure, “It’s not a racial classification. It’s the elimination of racial classification.” From his viewpoint, the only way to promote equality is on a level playing field with undifferentiated players.
Perhaps the most outspoken in support of affirmative action was Justice Sonia Sotomayor, at one point saying, “It (the 2006 referendum) was intended to bring back segregation, and appears to have done just that.”
Regardless of the victor, experts are assured that victory in this case will be by a slim margin. Tomiko Brown-Nagin, a Harvard University Law School Professor, said five of the Supreme Court Justices “are skeptical of race-conscious affirmative action” and could be expected to side with Michigan’s ban.
For college students and applicants across the country, the results of the case will have tremendous impacts. If the Supreme Court upholds Michigan’s ban, then states with similar referenda may systematically abolish affirmative action. However, if the ban is deemed unconstitutional, affirmative action may be re-instated in eight states and continue to have an impact. Regardless of outcome, the final decision concerning affirmative action will certainly cause a strong reaction.