Come on in, water’s fine 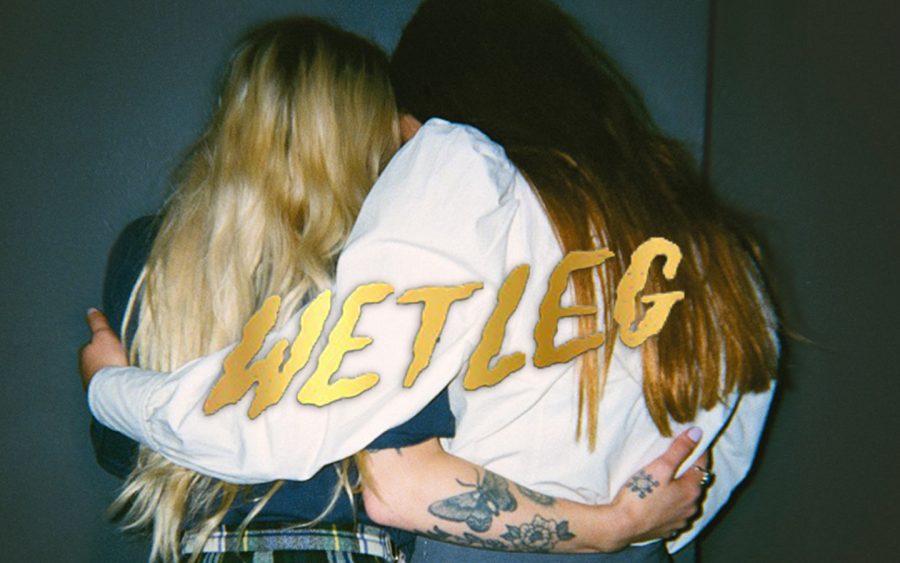 When someone comes along from a place named so mystically as the Isle of Wight, it would be of little surprise that they’d offer something truly special about themselves. Rhian Teasdale and Hester Chambers, both native to England’s largest island, have done just that with their recently released debut album, self-titled after their collectively named rock band: “Wet Leg.”

Having just been formed in 2019, their album contains not only brand new tracks fresh out of the oven, but also all of their previous singles and EPs that have led up to this moment; and what a moment this is.

“Wet Leg” is an album completely and thoroughly addicting, first and foremost. While each and every song technically uses all the same ingredients (guitars, bass, drums, vocals, etc.,) every one of them is crafted in such a way as to be entirely distinct from the rest. The majority of them have their own sense of an upbeat and energetic tune while really setting themselves apart with their choruses; the chasm of difference between “Loving You” and “Angelica” is vast, the former with its soft and lilting vocals and the latter with barely any chorus at all, as it is rather ruled by the story its verses tell. While these two songs are among some of the most starkly contrasting to compare, such delicious individuality is never lost through the whole album.

One particular track of note is the aforementioned “Angelica.”

This song starts out with a twangy duo of guitars that gives off vibes right out of the 60s/70s classic rock era, and shifts into a more modern beat and baseline to tell its story. What makes it jut out from the rest is having the most clear narrative told during the tune out of ; the story is from the third person perspective of a reluctant partygoer recanting the party that the enigmatic Angelica seemingly crashed. Four verses focus on telling what happens before and throughout this tale: the first tells of Angelica’s arrival, saying “Angelica was on her way to the party / She doesn’t need to wait for anybody (Nuh-uh)”; the second tells of the narrator’s boredom and desire to leave, singing “I want to run away before it’s even started / I look at my feet, then I look for the door (The door) / Can’t find my friends, so I just take a bit more”; the third tells of Angelica bringing life to the party and consequently the narrator, “Angelica, shе brought lasagna to the party / I tried my luck at dancing with everybody”; the fourth and final verse takes an unexpected turn for the worst, as Angelica is armed and dangerous – “Angelica, she brought her ray-gun to the party / Angelica obliterated everybody.” An interesting point to notice is the line “I look at my hands, then I look for the door / Can’t help but feel like I’ve been here before”, which calls back to the very beginning of the song where the narrator looks for the door out of boredom and not, one would guess, out of panic.

Overall, “Wet Leg’s” debut album is a spectacular ear-worm that many listeners won’t mind living in their brains for a while. “Wet Leg” and the band’s discography can be found anywhere music can be bought, sold and streamed.

Interested in in hearing “Wet Leg” live?
They will be performing on July 30 at the MoPop Festival 2022 in
Detroit at 7 p.m. The festival is located at Hart Plaza, Detroit, MI 48216.
For more information go to https://mopopfestival.com.