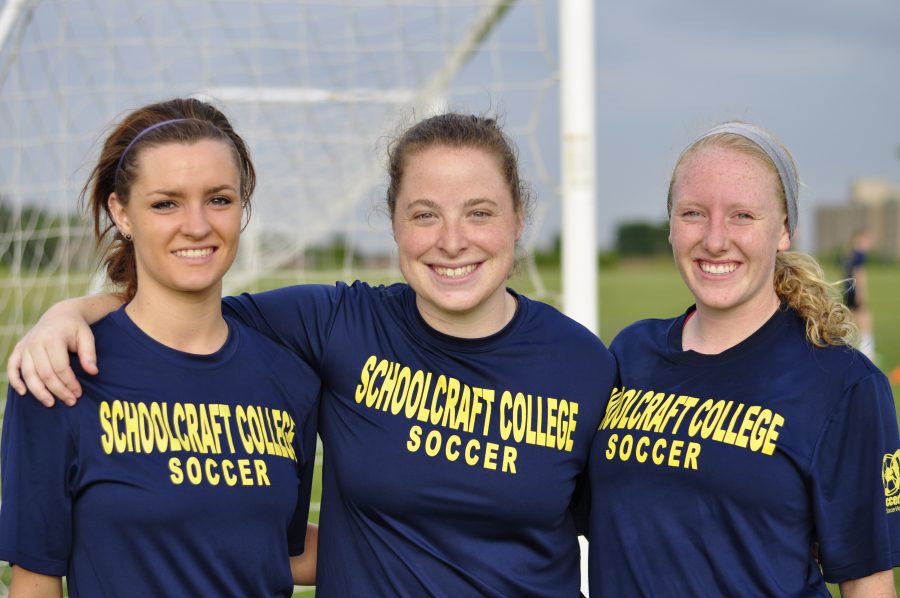 Freshmen van Gassen, Chanady impress in 7-0 rout of Jackson
By Nick Misiak
Sports Editor
Coming into the season, the large amount of incoming freshmen raised questions if the Schoolcraft Womens Soccer Team would be able to repeat the success that they had last year, where they went 13-2-1 and were undefeated in MCCAA conference play. Those questions may not have been answered, but were certainly silenced as Schoolcraft opened its 2014 regular season in Jackson with a 7-0 shellacking of Jackson College. 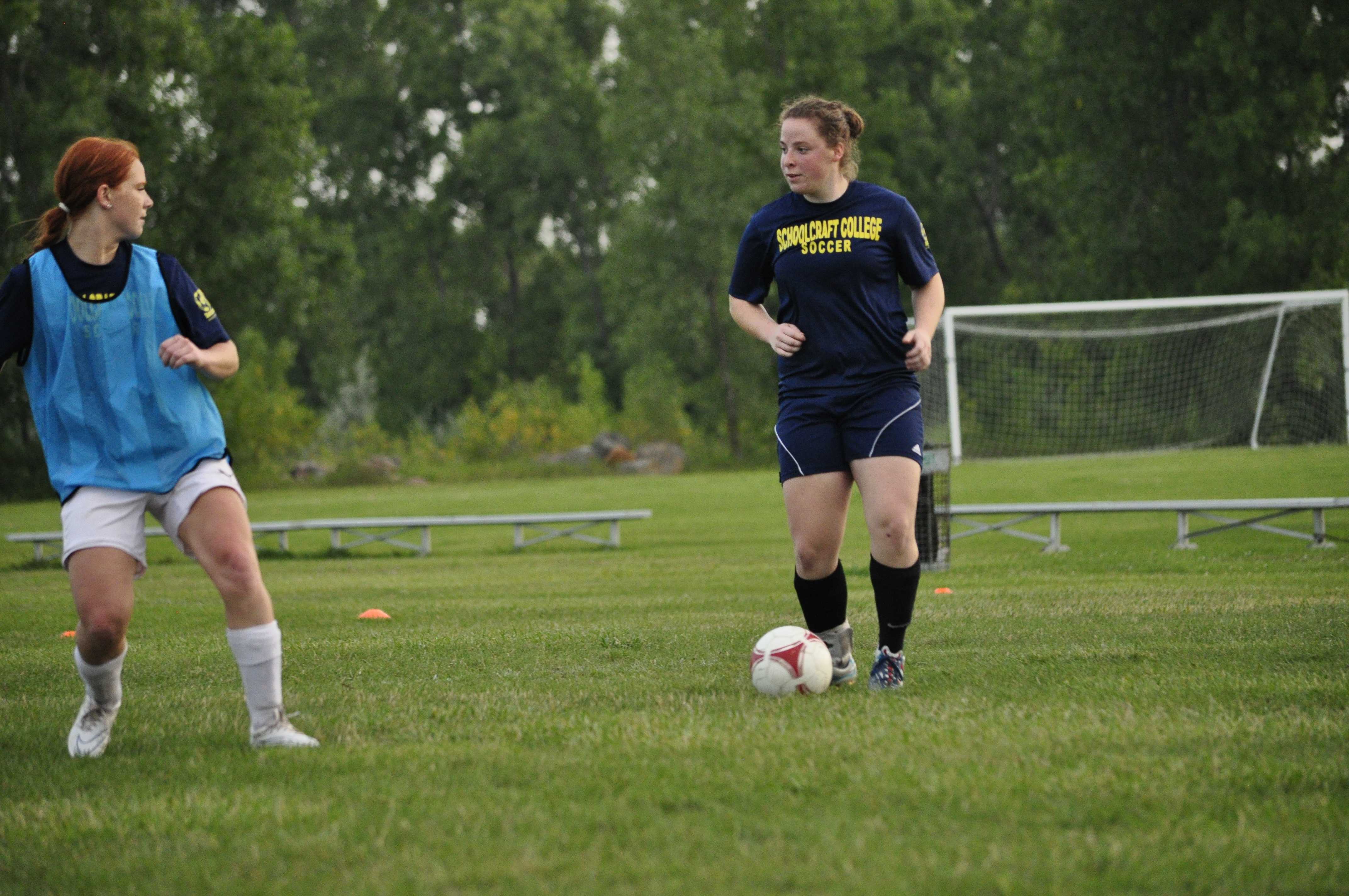 An effective offensive attack led by freshman forwards Shae van Gassen and Cienna Rael-Whitsitt, combined with a strong defensive effort and solid goalkeeping overpowered the Jets as they struggled to maintain offensive pressure throughout the game.
Head Coach Deepak Shivraman was impressed with his team’s big win, but knows that one game does not determine a season.
“It feels good to start our season with a big win, but we also know that it’s a long road and journey,” said Shivraman. “To score multiple goals and to get a shutout, it takes a collective effort.”
The Ocelots were led offensively by van Gassen. The freshman from Sarnia, Ontario netted the first two goals to begin the scoring onslaught. Rael-Whitsitt added two goals of her own and had several more scoring opportunities as well. Also contributing with one goal each were freshmen Emily Mulcahy and Emma McLaughlin and sophomore Remy Houttekier, Defense was a key factor in the shutout, and Shivraman was sure to point out how well his back end performed. He specifically was impressed by the stellar play of freshman Lacey Chanady who was extremely effective in shutting down Jackson’s offensive attack.
“Lacey would be my MVP,” said Shivraman, “She did a masterful job of shutting down Jackson’s fast forwards.”
Schoolcraft led 3-0 at the half, and dominated play throughout the second half.
Six of the Ocelots seven goals were scored by freshman. Although Jackson has had a subpar record the last few seasons, having a majority of the goals scored by the first year players is a positive sign that this group of freshmen has poise and confidence in their abilities.
The team’s schedule will get more competitive as the season progresses. Both Cincinnati State, who ousted the Ocelots out of the MCCAA tournament last season, and Muskegon, a consistent force in the conference, visit on Sept. 13 and 14. Nationally ranked Owens CC (8) visits on Sept. 27, and current conference leader Delta CC plays the Ocelots at home on Oct. 4. The next four home games will be a good test for the young Ocelot team who look to impress national poll voters with a strong showing.