The Schoolcraft Womens Volleyball Team’s 2014 season is underway, and players and coaches are eager to see what’s in store this season. With a new head coach and a load of returning players, the Ocelots hope that the right mix of personnel will lead to a post season run.

Last season, Head Coach Rod Brumfield lead a relatively young Ocelot team to a 16-19 overall record, and went 6-4 in conference play. Although a five match winning streak brought hopes of a run in the MCCAA tournament, the Ocelots were ousted in the first round by Grand Rapids CC.

Brumfield stepped down from his position at the end of last season, and Shannon Pummill was hired to take his vacated position. Although Pummill is young, she has had success coaching locally the past few years. Pummill will be assisted by Megan Gohl, who is also in her first year in the Schoolcraft volleyball program. These two coaches look to lead these players to a successful season. 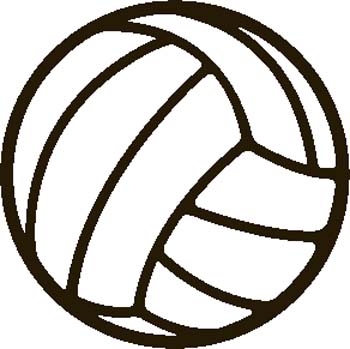 The Ocleots are led by captains Ajsha Davie and Julene Pummill, as well as a solid group of returning players, , Morgan Copperstone, Lindsey Umin, Sydnee Miller, Kathleen Summers and Caroline Scott. These returners look to demonstrate their core leadership throughout this season andlead the Ocelots to a shot at a MCCAA title.

“So far we are doing really well. We are really working great as a team and bonding together. I think it’s going to be a very successful season,” said Copperstone.

The incoming freshmen include Emily Thompson, Paige Chalmers, Victoria Vellucci, Bailey Potter and Nicole Sprinkles. They all hope to have a quick impact in the games and want to prove that they are reliable.

The team has participated in two tournaments before regular season conference play began in early September. The weekend of Aug. 23, the Ocelots went 1-1 in the Lorain County CC Tri-Match, defeating Cuyahoga CC in five sets (25-19, 25-22, 24-26, 13-25, 13- 15) and falling to Lorain County CC in three straight sets (25- 17, 25-15, 25-15). The weekend of Aug. 30, the Ocelots again went .500 with a 2-2 record at the Owens Invitational. The Ocelots defeated Edison CC and McHenry County College to begin their tournament, but ended it by falling to Wallace State CC and Cincinnati State.

On Sept. 5, the Ocelots played host to Ancilla College for a two game matchup. The team were victorious in both matches in a doubleheader. In game one the Ocelots won (W-20-25,25-13,25-13,25-15) followed by a second victory in game two (W-25-19,25-11,21- 25,25-20). The games were highlighted by the dominant play of freshman Nicole Sprinkles and sophomore Morgan Copperstone. The team dropped the first set of the day, but rebounded to win six consecutive sets to sweep the Chargers.

Other notable home games this season are on Sept. 18 when the Ocelots take on Macomb CC and on Oct. 9 when nationally ranked Oakland CC visits.