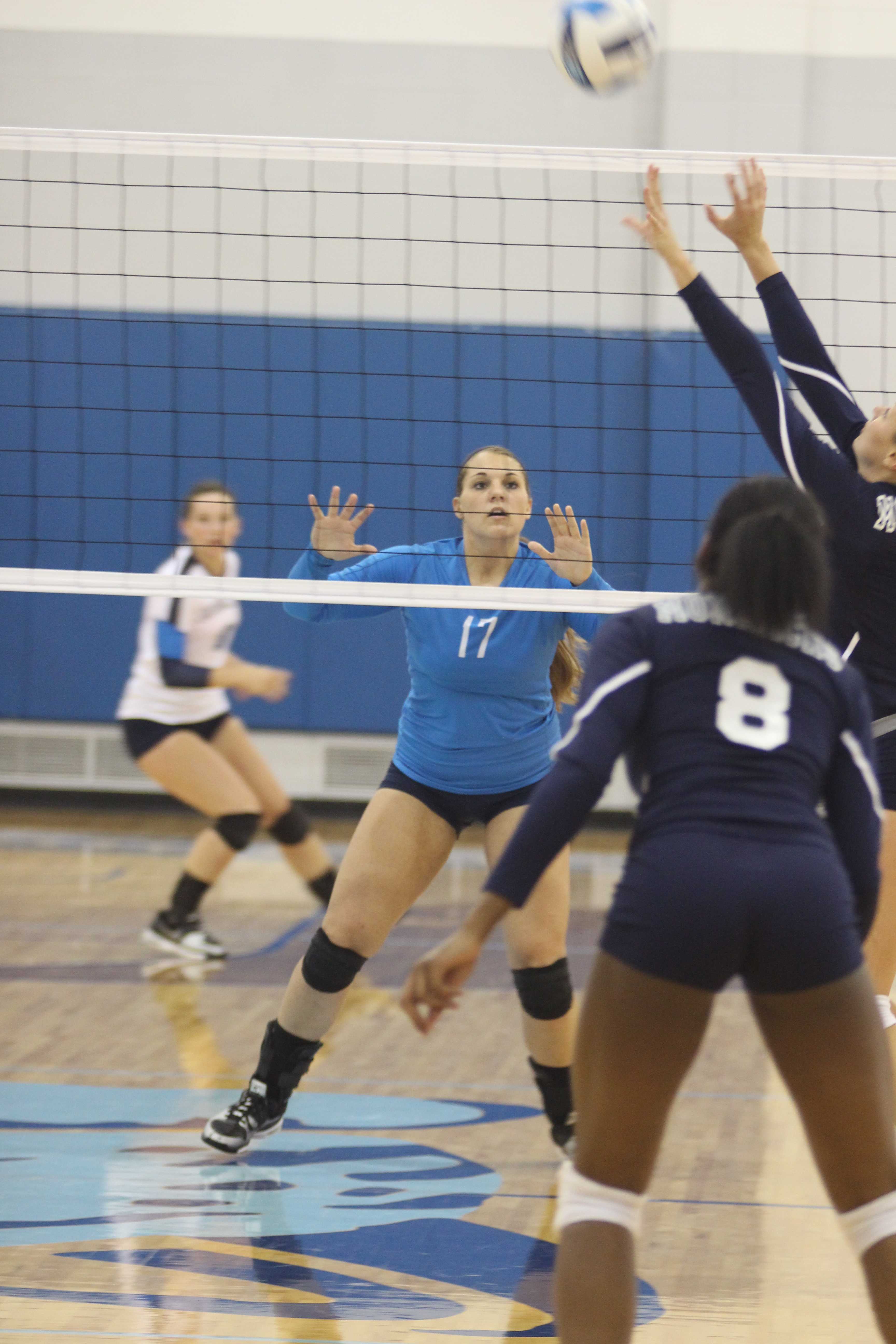 Thursday Sept. 18 did not go the way the Ocelots (5-5, 0-2 MCCAA Eastern Conference) had imagined as the team got swept by the Macomb Community College Monarchs. The Monarchs came into the game with a strong front line that had an incredible game, blocking most shots from the hard-hitting Ocelot team. All three matches were a battle, especially at the net.
Even though the Ocelots lost all three sets, they did not give up as they were just within a few points of tying the set. The scores of the sets were 20-25, 21-25 and 20-25.
Ajsha Davis who recorded seven kills, seven digs and two blocks led Schoolcraft. Sydnee Miller also had a big impact with six kills and one dig. It was a solid team effort by Schoolcraft, but it was not enough in the end to overcome the Monarch attach.
The Ocelots travel to Grand Rapids for the Grand Rapids Invitational Tournament the weekend of Sept. 27 and will return home Tuesday, Sept. 30 when they take on St. Clair at 7:00 p.m
For the 2014 Schoolcraft volleyball schedule and game outcomes, visit http://www.mccaa.org/team/16/8/1548.php.