By Nick Misiak
Sports Editor
On Friday, Sept. 19, the Ocelot Cross-Country team traveled to Elyria, Ohio to compete in the Commodore Invitational hosted by Lorain County Community College. The course is highlighted by a major hill that runners must climb twice making for a challenging route. 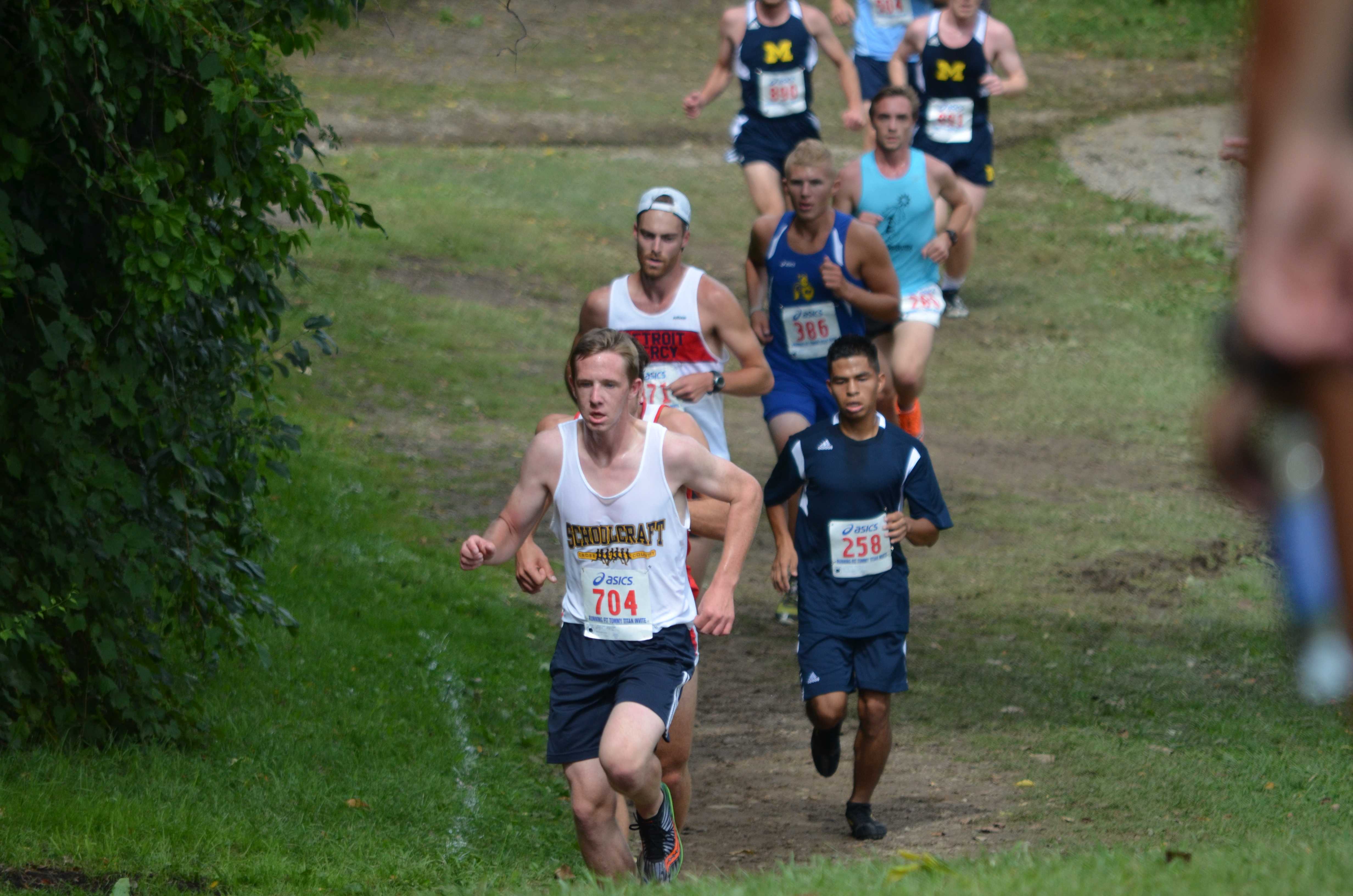 With temperatures in the low 60’s and skies clear, conditions were good for racing.
Leading the team for the second straight week was freshman Liam Cardenas. Cardenas’s time of 31:09 for the 8K was the fastest ever for a Schoolcraft runner on this course. It was 21 seconds ahead of teammate sophomore Caton Hacker who finished in 31:38, 43 seconds ahead of sophomore Ethan Levack who finished in 31:52.
All three ran close together for much of the race. Hacker improved his 2013 time on this course by 4:30, and his new time was the third fastest ever on the course. Levack was 1:54 faster than last year.
Also competing for the team were Brandon Sutton and Ryan Stamper. Brandon was three seconds slower than a year ago, finishing in 38:48. Ryan, who just joined the team the just over a week ago Wednesday, finished in 44:18. This was the first time he had run this far in over two years. 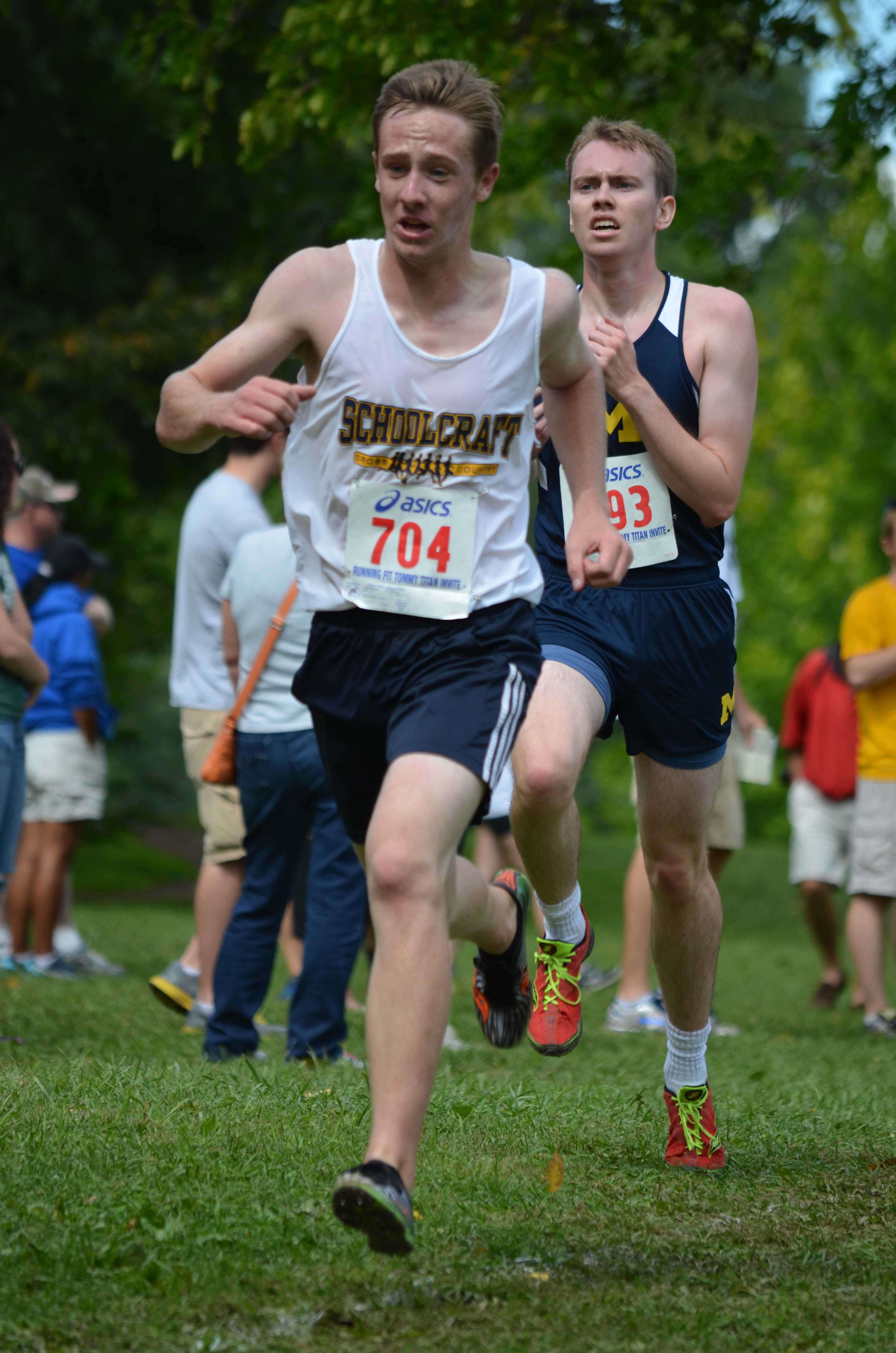 Also running from Schoolcraft was Scott Howse, who finished in 33:27.
In the woman’s 5K, Audrey Baetz finished ahead of all of the runners from Wayne County Community College and all but one from Lorain and Hiram with a time of 25:05.
Alumni Note
Running for Concordia was former Schoolcraft All-American Adrianna Beltran, who finished ninth overall in 21:00 and took home one of the special awards given to the top ten finishers.