The test of a lifetime

Rating: 8.5 out of 10
Duration: 113 Minutes
Rated: PG-13
The futuristic science-fiction/adventure film based off the novel by James Dashner, “The Maze Runner,” gives viewers a look at life trapped in a grassy forest called the Glade, surrounded by four concrete walls. When the protagonist, Thomas, arrives in an unknown place by a caged elevator without a single trace of memory from the outside world, he comes to find out he is trapped in a massive maze with a group of guys, known as the Gladers, who arrived there the same way he did. 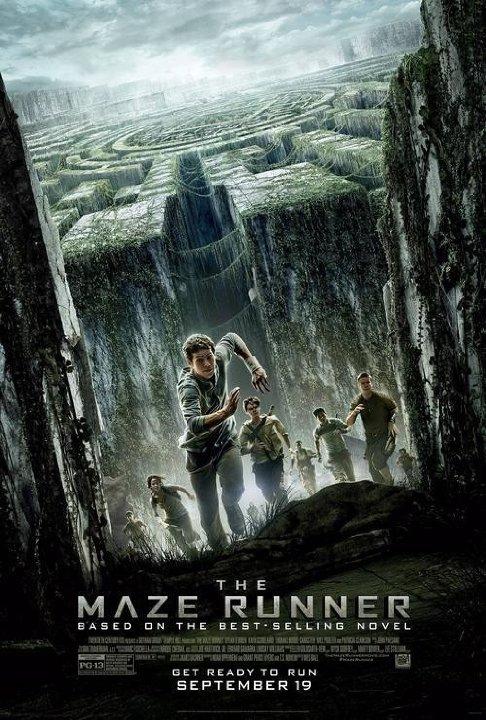 The lead role of Thomas is played by award-winner Dylan O’Brien, known for his character of Stiles on “Teen Wolf.” O’Brien shares the screen with Glade leader Alby, played by Aml Ameen and Glade tough-guy Gally, played by Will Poulter.
When Thomas arrived, he questioned everything about the maze; he was very curious about what was behind the walls. The Gladers that were there before him had a system of how they ran things, and it was a rule that no one goes beyond the walls with the exception of the two runners that enter into the maze every morning to try to map a way out of the shifting maze. Around dusk, the walls to the maze shut, closing off the Glade.
Thomas learns that huge spider-like creatures called Grivers, come out at night making it impossible to survive a night in the maze. So when something causes Thomas to enter the maze seconds from the walls closing, he is forced to stay the night. Keep in mind that no one has ever survived a night in the maze, but during that night, Thomas encountered a Griver and killed it, completely changing the game of things.
Surprised Gladers of Thomas’ return the next morning, blamed him for major changes that occurred since his arrival in the structure already established. Just as things start picking up halfway through the movie, the elevator brings up another arrival. Only this time it is a girl with a note named Teresa, played by Kaya Scodelario. When she first wakes up, she recognizes Thomas and remembers her name, something that has never happened before. Together her and Thomas attempt to put the pieces together of faint memories they have.
The Gladers came to the understanding and conclusion that the situation they were put in is not a trap, but a test. The one question the Gladers all have is: “Who put us here?” Thomas might be the one to attempt to unveil who it is.
“The Maze Runner” is a unique story for a futuristic, action movie. Although “The Maze Runner” did share similar aspects of the “Hunger Games,” because of the forced wilderness environment and the boys desire to make it out alive. The movie did not have big time actors, but all actors performed well. Strictly sticking to the basics, the plot does not touch on any romance, just the adventure of the characters.
O’Brien did an impeccable job acting in “The Maze Runner.” He stepped up to his role in this movie, and as an actor, he has evolved greatly. Fans of “Teen Wolf” witnessed his character in season three in a completely different light and showed O’Brien’s true colors of acting last winter. Following his acting in season three with a lead role in a successful movie and killing it was very impressive of O’Brien.
“The Maze Runner” premiered Sept. 19 and was a huge success in the box office, earning $32.5 million opening weekend, outrunning all other movies that premiered that weekend.
According to Deadline.com, it came close to beating the Top Five for all-time Sept. openers, saying, “If that number holds, it will be sixth, just under Rush Hour which opened in 1998 with $33M.”
The movie left viewers on a cliffhanger with the last line saying, “It’s time to begin phase two.” This can only mean there is an inevitable fate for a sequel. “The Maze Runner” was intense and thrilling and will have any viewer on the edge of their seat anticipating what will happen to the Gladers.