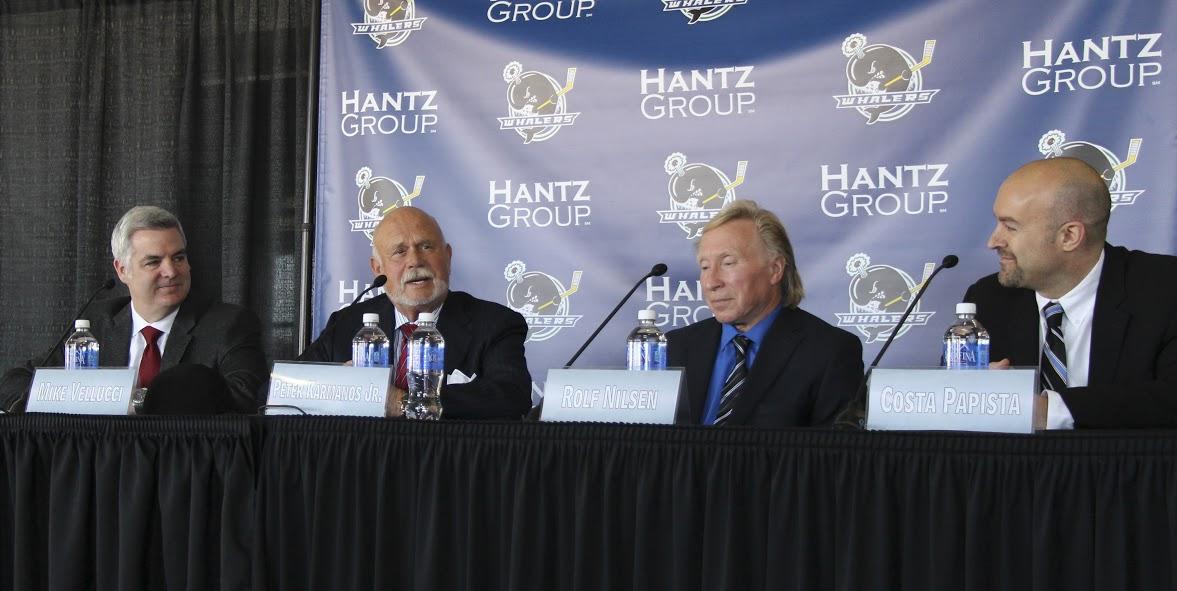 After 25 years of providing major junior hockey in the Metro Detroit area, the Plymouth Whalers are moving north to Flint. Whalers Governor Mike Vellucci announced Wednesday morning that owner Peter Karmanos Jr. has sold the Ontario Hockey League franchise to Rolf Nilsen, owner of the IMS Hockey Corporation.
“After 30 years of owning an OHL franchise, 25 of those years in the Metro Detroit area, Pete Karmanos has signed a purchasing agreement to sell the team to Ralf Nilsen” said Vellucci. “We would like to thank all of the season ticket holders, corporate sponsors, billet families, media, staff, and all of the metropolitan Detroit fans for their support for the last 25 years and continued support for the rest of the season.”
The move comes after years of rumors that Karmanos was looking for

buyers for the franchise. Cities such as Hamilton, ON and Chatham, ON were rumored to be possible landing places for the team, but Karmanos elected to sell the franchise to buyers that would keep the Whalers stateside.
Nilsen intends to move the team into the Pirani Arena and Events Center in Flint, a building that he recently acquired, for the 2015/2016 season.
“It’s a bittersweet moment,” said Karmanos “The best thing about this is that the OHL franchise stays in the states. Flint is an ideal location for an OHL team. They have a natural rival in the Saginaw team as well as Sarnia just across the river and Windsor as well.”
The Whalers franchise began in 1989 when Karmanos was awarded a fran

chise in Detroit. The team then moved in to Compuware Arena in Plymouth at the beginning of the 1996 season and have called it home ever since. They have made the playoffs for an OHL record 23 consecutive seasons and have won two OHL championships (1995, 2007). There are currently 22 Plymouth alumni in the NHL this season and over 100 Whalers have been selected in the NHL draft.
The Whalers will continue play t 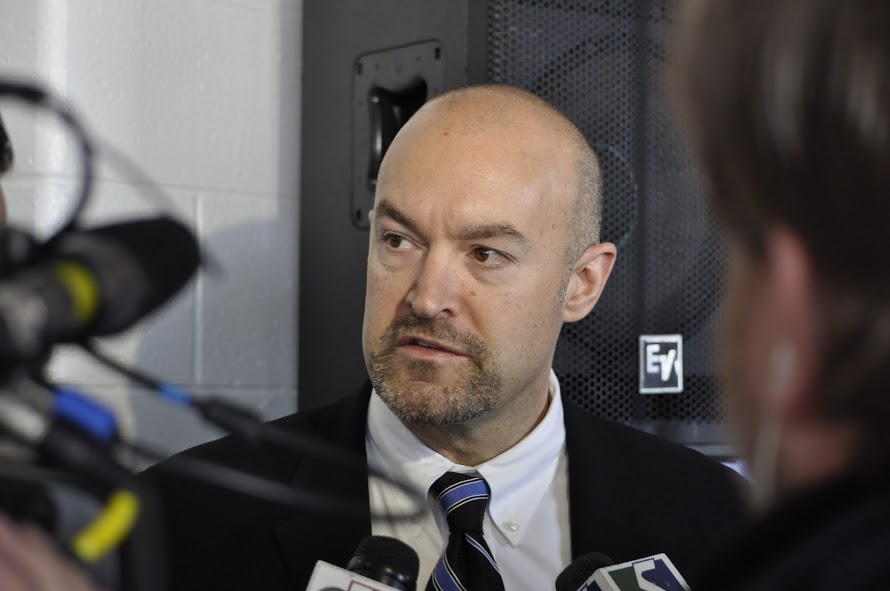 he remainder of this season at Compuware Arena, which was tentatively sold to the USA Hockey Foundation late last year with the intention to relocate the National Team Development Program to the facility and also use it to host and showcase other USA Hockey programs and international events.