Life is about do-overs 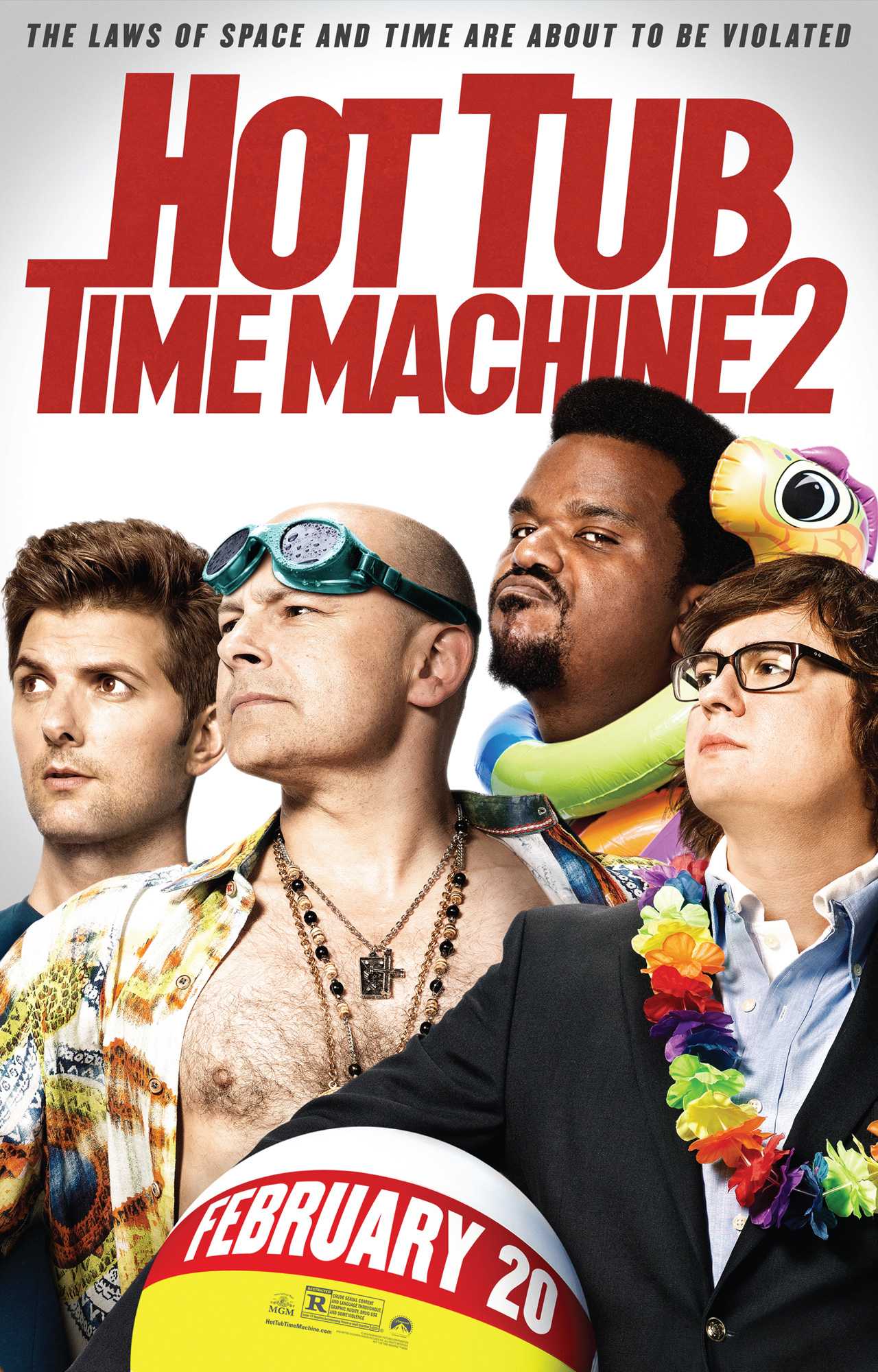 BY ELIZABETH CHAPA
ARTS AND ENTERTAINMENT EDITOR
Rating: 8 out of 10
Duration: 93 minutes
Rated: R
The crew is back together for another time travel adventure. The sequel “Hot Tub Time Machine 2” to the 2010 release of “Hot Tub Time Machine” hit the big screen Feb. 20. Steve Pink, the director of the first movie “Hot Tub Time Machine,” directed this film as well.
Returning cast members Clark Duke, Craig Robinson and Rob Corddry welcome Adam Scott, who starred in “Step Brothers” and “Parks and Recreation,” as Adam Yates Jr., taking the place of John Cusack, who did not return because of schedule commitments. Cusack played Adam in the first movie, but Scott portrays the character of Adam’s son.
Although Cusack was missed in the sequel, the production crew adjusted and did a good job of incorporating him not being in the movie.
“Hot Tub Time Machine 2” continues on the plot of the first movie. They are all rich, due to their “inventions” from staying in the past and coming up with futuristic ideas. For example, Google was called Lougle, because Lou so called invented it. By coming up with these inventions, they were able to change their present future. They were no longer in the same position that they were in before the first time travel in “Hot Tub Time Machine.”
When Lou, played by Corddry, gets shot, Jacob and Nick, played by Duke and Robinson, take him to the hot tub time machine in Lou’s house. Their plan was to go back in time to prevent Lou from getting shot and save him.
They soon realize that they traveled into the future, March 26, 2025, and not the past. This is where the plot got confusing to follow, even when Jacob was trying to explain the timeline of where they were in the movie to Lou and Nick.
The setting of the movie was better than the first. The future gave it more opportunity to be humorous, including all of the high-tech gadgets they had.
The movie had its humorous scenes with the cast, and one could tell that some of the scenes were not strictly scripted. There also were a couple of serious scenes from Robinson and a heart to heart from Duke and Corddry.
“Steve Pink allows us to play around, and he encourages it. Everybody is pitching jokes to each other,” said a cast member in an interview that included Duke, Scott, Robinson and Corddry. “The first Hot Tub there was barely a script. We really did a lot of heavy improv. This one was a little more solid, except we got to play around a lot.”
Watching the movie, one could tell there was something off setting about the ending to “Hot Tub Time Machine 2.” It did not have an obvious or clear conclusion to what would happen to the cast and lacked closure. To explain such action, one should note that the cast stated in the interview that neither films had a written ending.
Overall, the cast played their roles effortlessly well. Although the movie lacked in some key areas, it held up by entertaining with a comical scenes.