Climbing to the peak 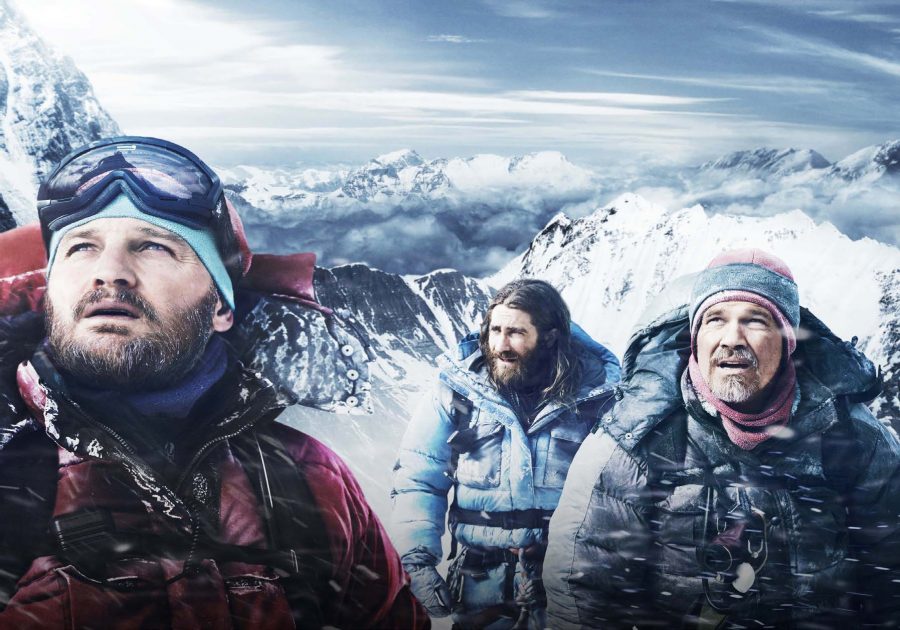 Image from gold poster.com “Everest” captivates audiences and sends a chill down their spines.


Duration: 121 minutes
Rated: PG 13
4 out of 5 stars
On Sept. 18, Icelandic director Baltasar Kormákur’s movie “Everest” opened in theaters nationwide. Chronicling the true events of the 1996 Mount Everest Disaster, this movie is a passionate, yet heart-wrenching account that will leave audiences in tears.
The film follows climbers Rob Hall (Jason Clarke), Scott Ficsher (Jake Gyllenhall) and their expedition team of about 30 other members, as they climb towards the earth’s highest peak on May 10, 1996.
As soon as they begin their ascent up the mountain, it is evident that not everything is going to end well. Almost immediately, expedition member Beck Weathers (Josh Brolin) nearly plummets to his death after losing his footing on a ladder. Although he is saved, this near death experience is just a taste of what is to come.
As the team continues climbing, they make their way into what is known as the death zone. This zone begins at 8,000 meters, an altitude where there is not enough oxygen in the air for humans to breath. The crews make their way higher and higher and eerily pass frozen bodies of climbers who have died in the past. By the end of the events that this film retells, sadly eight more bodies are added to these frozen gravesites.
The climbers know that a storm has been scheduled to pass through the mountain the day of their climb, so they plan their hike accordingly. While most make it safely to the peak on time, unfortunately, some do not and get caught in the weather. Doug Hansen (John Hawkes) was one of the climbers running behind. Although told to turn back before the storm hit, his determination and anger from a failed attempt in the past pushed him onward. He makes it to the peak, but during his descent as he runs out of oxygen and goes into a state of delirium, he falls off the side of the mountain in a spooky silence.
The cinematography of this film is what makes it truly remarkable. The realistic mountains and storms coupled with the movie’s release in only 3D makes audience members feel as if they are part of the expedition. The documentary-esque film style and the raw emotion of the actors make this movie seem almost too real, leaving moviegoers on the edge of their seats.
Although this movie is heart-breaking, the lack of background on certain characters causes a lack of emotional connection for viewers. The fact that there are so many characters makes it impossible to focus on them all, so when inevitable deaths occur during the film, some are far less tragic than others.
The true event that this film is based on is one of the deadliest encounters on Mount Everest in history. While it is a daunting task to relay this tragedy as a movie, “Everest” does a wonderful job. Through its ideal casting and respectful tributes of actual photographs of the real climbers of that day, “Everest” leaves audiences with constant heartache, thrill and suspense. Although not for the faint of heart, this film is an important recount of a tragic moment in history and will be a subject of discussion for viewers well into the future.
Delete Image
Align Left
Align Center
Align Right
Align Left
Align Center
Delete Heading