College debuts new club hockey team
By Camyle Cryderman, Editor-in-chief
Schoolcraft has always strived to stay up to date with student’s wants and needs and is constantly evolving to create a better fit not only in the classroom, but throughout campus. The voice of students is important, and at the start of the 2015 school year this voice was heard loud and clear. It was brought to the attention of the college that a vital want for many students was missing a hockey team, from this, the Schoolcraft hockey club was born. Schoolcraft student Andrew Lindsay spearheaded the attempt near the end of September 2015. He met with Student Activities Director Todd Stowell to gain approval and seek publicity for the new intramural team. Through intense dedication on both sides, the Schoolcraft hockey club was up and running in less than a month.
“We just had to get some logistics together,” said Stowell. “Getting the ice and gaining publicity were the most important.” 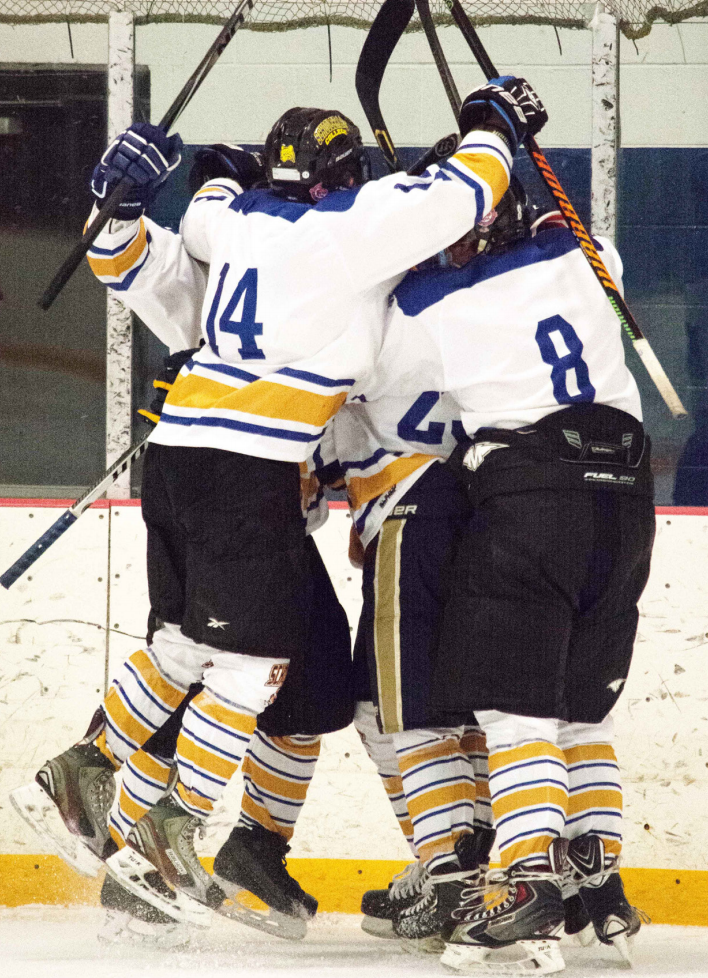 The news of the club spread rapidly by word of mouth. While internet and on campus fliers contributed to the popularity, hockey has proved to be a highly in demand sport, and tryouts quickly filled. Using the Redford Ice Arena as their home, the up and coming team had 32 Schoolcraft students tryout. After having to cut it down to a set roster of 20, the team played their home opener on Dec. 5 against Midwest Junior Hockey League’s Michigan Wild, less than two months after the initial idea was proposed. After a nail biting first win, the club had its sights set towards a winning season. The club came together so quickly and successfully in part thanks to their new head coach, Robert Lindsay. Coach Lindsay, the father of Captain Andrew Lindsay has been a hockey enthusiast his entire life, and has an extensive history in coaching hockey at the collegiate level. “I think it is great that Schoolcraft has a new hockey program. I believe more students will enroll at Schoolcraft just for the opportunity to further their education and play hockey,” said Coach Lindsay. “There is a lot of talent in the Livonia area and we are going to work hard for promoting next season.” 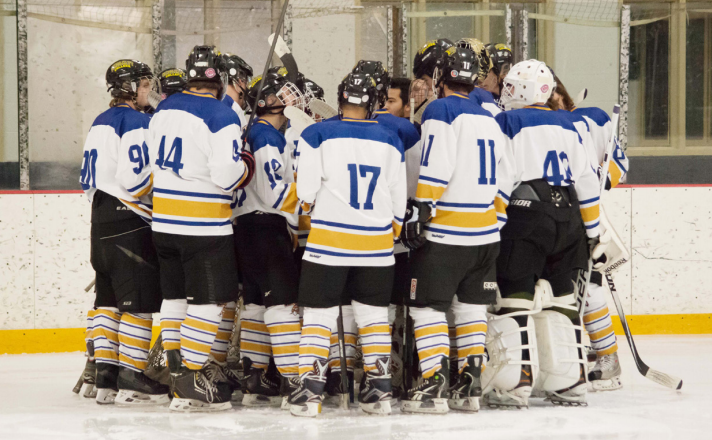 The Schoolcraft hockey club not only aims to increase the variety of sports on campus, but to increase the enjoyability for students. They may not have typical weekly club meetings, but they do have multiple weekly practices and are working to get even more ice time. The members of the Schoolcraft Hockey Club are dedicated students and athletes as well, fitting in school and work first, then making time for practices at 10:30 p.m. This late time frame does not discourage the team members though.“When I heard there was a hockey team getting started here, I immediately hopped on the opportunity,” said freshman co-captain Brendan Barger. The Schoolcraft Hockey Club’s next game is on Feb. 5 at home against Lake Superior State University’s club team. With high hopes of having a successful opening season, and possibly even growing to be a competitive Schoolcraft sport in the future, the Schoolcraft Hockey club is a new innovation that helps continue the improvement of Schoolcraft’s student experience.