Men’s basketball forfeits six games
By James Paxson, Sports Editor
The Schoolcraft Men’s Basketball team started off the season solid, winning 11 of their first 13 games, good for first place in the Michigan Community College Athletic Association Eastern Conference. Unfortunately in early December the NJCAA forced the Ocelots to forfeit six games from the early part of the season due to a transferring paper work issue. Schoolcraft’s record before forfeiting six games was 11-2, their record after was 5-8. For every athlete who begins playing sports at a different school there is a transfer waiver that has to be signed to be eligible to play sports at the new school the player is currently attending. An individual player on the men’s team had this transfer waiver signed prior to the start of this year’s season; however a new form was introduced this season called the Tracking transfer form. This form was not signed prior to the start of the season, but instead was signed in December.
As a result of this violation, the team was forced to forfeit the six games in which the player had participated in due to the late signature. Despite this setback it will not affect Schoolcraft’s chances in the postseason.
“To make sure this kind of situation does not happen again we will make sure all of the paper work is filled out and taken care of. We looked at this situation as one the team could rally around and work together with,” said head coach, Abe Mashhour.
The games that Schoolcraft was forced to forfeit were: Jackson College on Nov. 4, Grand Rapids Community College on Nov. 7, Lorain County Community College on Nov. 8, Lake Michigan College on Nov. 11, vs. Cuyahoga Community College on Nov. 14 and Owens Community College on Dec.5. These were all games that Schoolcraft displayed excellent defense in and won using the teamwork of everyone. Unfortunately, one mistake over ruled this success.
“I was disappointed with the decision that the NJCAA (National Junior College Athletic Association) made on the transferring issue. Unfortunately, we were put in a tight spot with no way out, we are lucky this issue is not as bad as it could be,” said Sid Fox, Schoolcraft Athletic Director.
The Ocelots standing in the conference was hurt by this issue, but it seemed to not have a major effect on the team’s spirit. The team is still working towards their goal of a national championship. Since the forfeiting of the games Schoolcraft has won seven of their last eight games which occurred between Dec. 12 and Jan. 13, proving they are still fighting for the win.
“This was a minor setback for us, but we are still playing tough,” said sophomore player Tyron Hamby.
Credit is due to this team for bouncing back from this issue very quickly; many teams would have a hard time coming back from giving up wins. Schoolcraft did the right thing and is looking forward to the future with still a chance to be a very successful team this season. Schoolcraft will continue moving forward with the past behind them.
For the teams schedule and past scores go to the MCCA (Michigan Community College Athletic Association) website at mccaa.org. 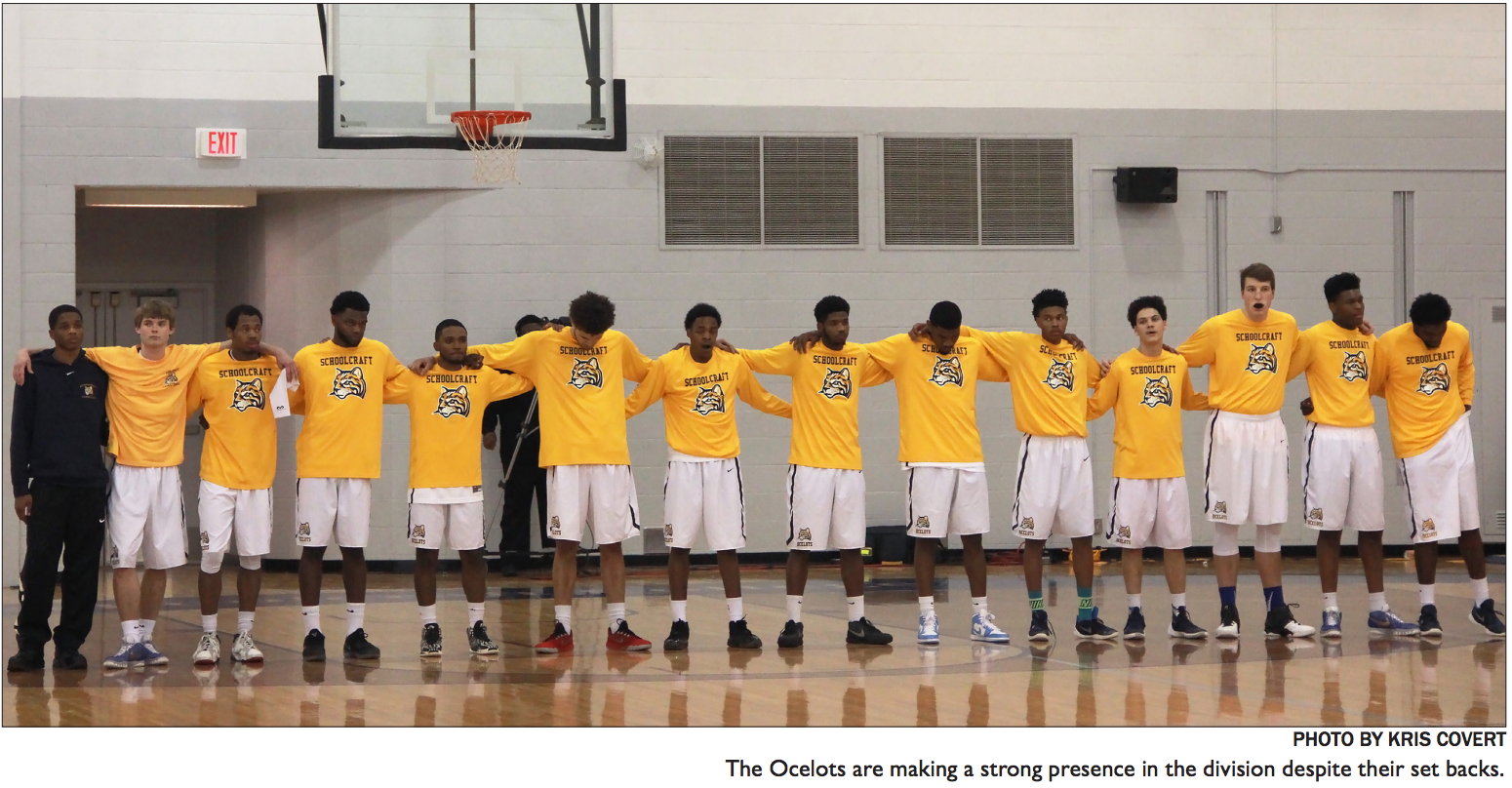