Five non DC/Marvel properties in need of a TV show
By Colin Hickson
Staff Writer
Since the 60’s, DC and Marvel have essentially dominated TV with shows based on their properties, with very few non-DC or Marvel properties finding success as TV shows, like the Ninja Turtles or the Tick.  But with the success of “the Walking Dead”, maybe other comic properties can get their time in the limelight with a TV show getting them more exposure. Here are five such titles.
5. “Harpy Gee” 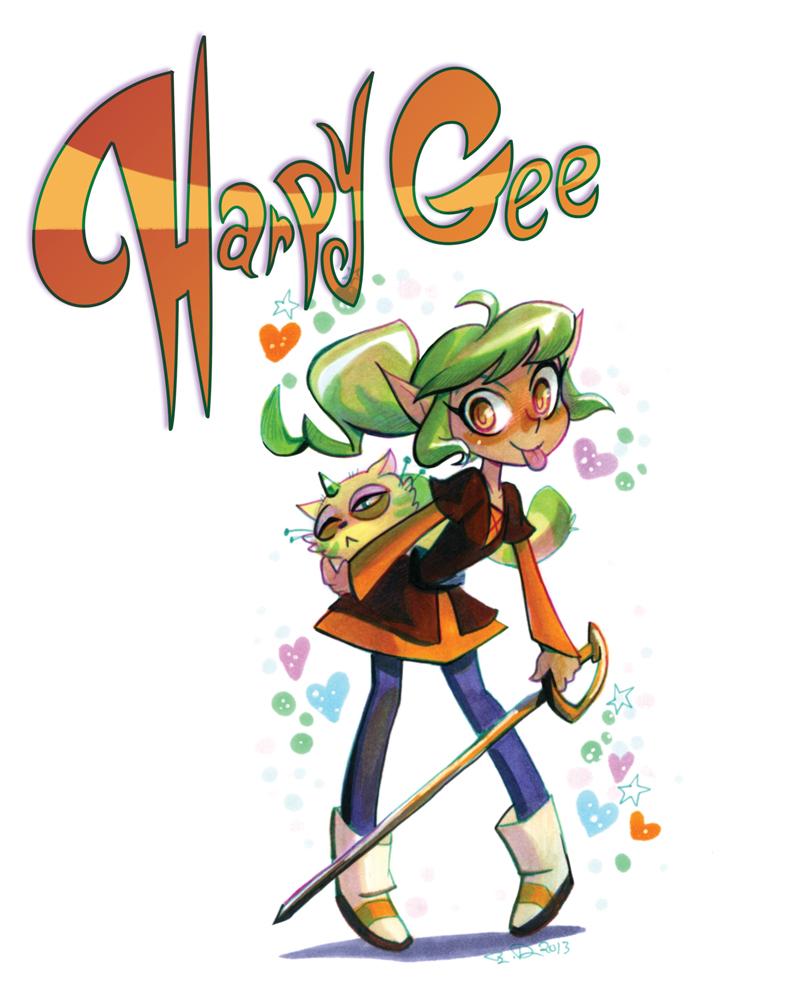 Created by animator Brianne Drouhard (more known for the DC Nation “Amethyst” shorts and her work on “Teen Titans”), “Harpy Gee” was originally a proposed animated series, before being reworked into a web comic. Set in a fantasy world, the series focuses on (by elf standards) teenage elf girl Harpy Gee, who, along with her pet goblin cat Pumpkin, decides to venture out into the human world…and breaks her sword during a fight with a giant slug. But when she gets to a nearby town to get it fixed, the real story begins. Something of a cross between “Lord of the Rings” and “Adventure Time”, “Harpy Gee” actually does sound like it could work as a TV series; the main characters have depth to them, the show is set a fantasy realm, which makes for great story telling, and it is really well-written. And in a post “Xena: Warrior Princess”/”Buffy the Vampire Slayer” world, “Harpy Gee” would be a welcome addition to the slew of female oriented action shows like “Supergirl” or “the Legend of Korra”.
4. “Nexus” 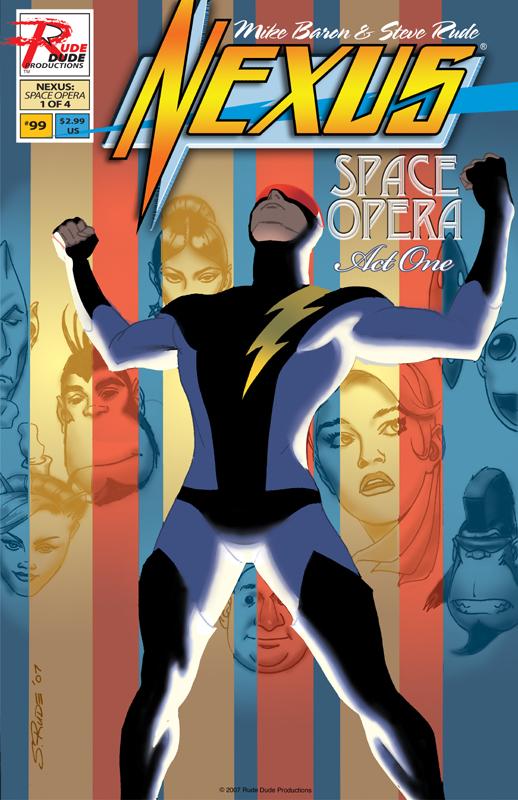 What would you do if had the power to stop killers? Created by writer Mike Baron (“the Punisher”, “the Flash”, “the Badger”) and artist Steve Rude (“the Moth”, “Spider-Man: Lifeline”), “Nexus” is set five hundred years in the future, and focuses on Horatio Hellpop (yes, that is seriously his real name), who receives incredible powers from an alien known as the Merk, which he must use to eliminate a certain amount of mass murderers per “cycle” as the black and blue clad anti-hero, Nexus. One part “Green Lantern”, one part “the Punisher”, “Nexus” would definitely make for a great animated series, due to the complexity of its’ protagonist, and beautiful visual style. In fact, it almost was one, but never made it beyond a promotional piece. Still, it would be nice to see a superhero cartoon aimed at adults, and featuring Rude’s Jack Kirby/Alex Toth influenced art style.
3. “Bad Dog”

Think bounty hunting duos are bad news? Try evading a duo where one partner is a werewolf. Created by famed “Deadpool” writer Joe Kelly, “Bad Dog” chronicles the misadventures of bounty hunters Lou, a transformation stuck, misanthropic werewolf, and Wendell, an ex-priest turned deviant as they chase criminals and encounter some of the weirdest predicaments ever. Aimed more towards an adult audience, “Bad Dog” combines comedy with horror and action, but is a surprisingly good read due to its’ very good writing and would be perfect on HBO, Showtime, or Starz.
2. “Astro City” 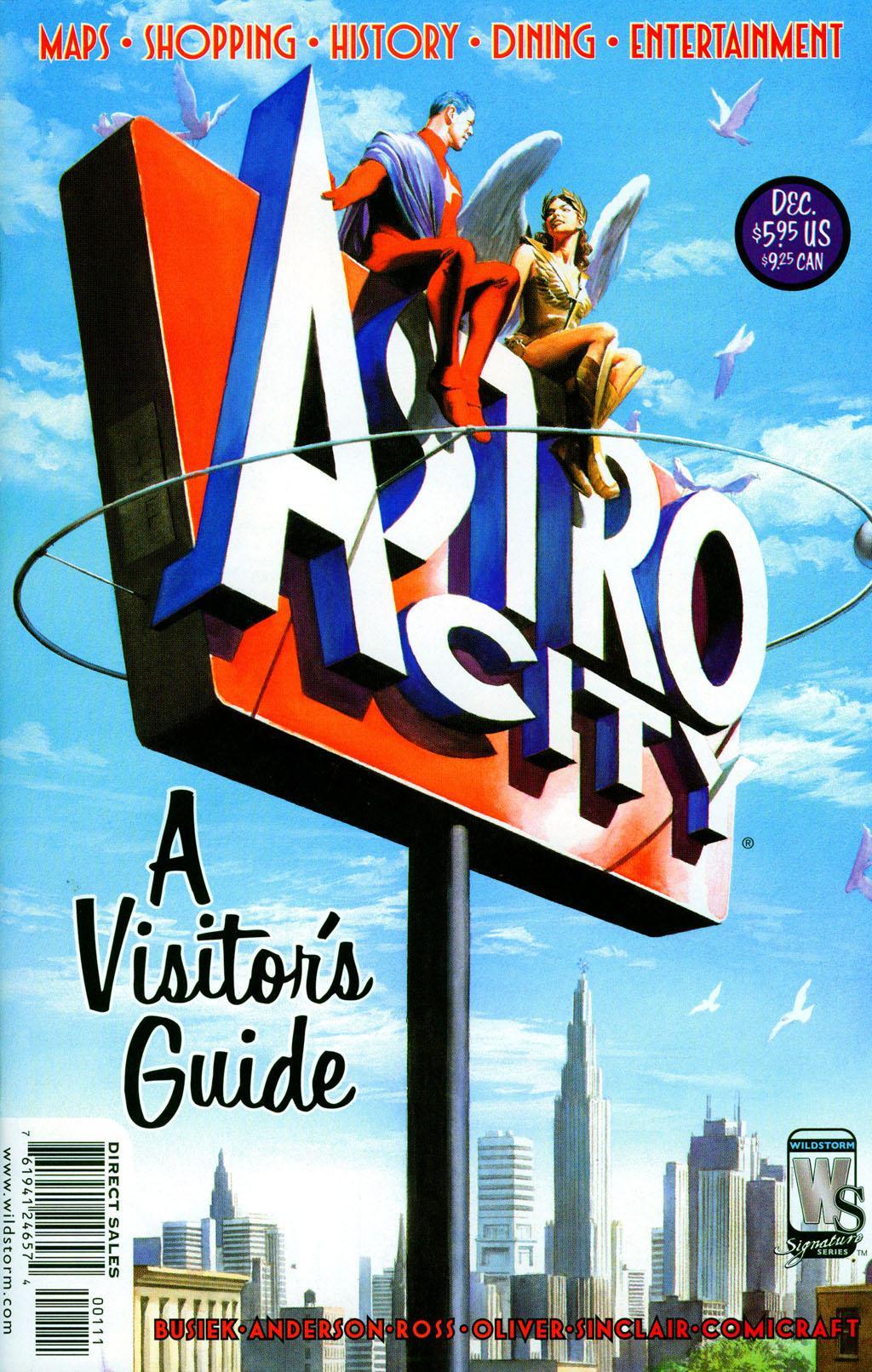 Created by writer Kurt Busiek (“Thunderbolts”, “Untold Tales of Spider-Man”, “the Avengers”, “Power Man and Iron Fist”) and artist Brent Anderson (“Ka-Zar the Savage”), “Astro City” is an anthology series set in a world of superheroes where anyone, hero, villain, or average Joe, has a story. Take this world’s Superman expy, Samaritan: what is a day in his life like? Or what if the clown themed vigilante Jack-in-the-Box encountered horrific versions of his unborn son from possible futures? With “Astro City”, the storytelling possibilities are endless, and it is very clear that this series is Busiek’s love letter the Silver Age, a time when comics began to change, and when iconic characters like Spider-Man and the Teen Titans debuted. Either live-action or animated, “Astro City” would be a unique approach to superhero shows as a whole.
1. The Entire Valiant Universe 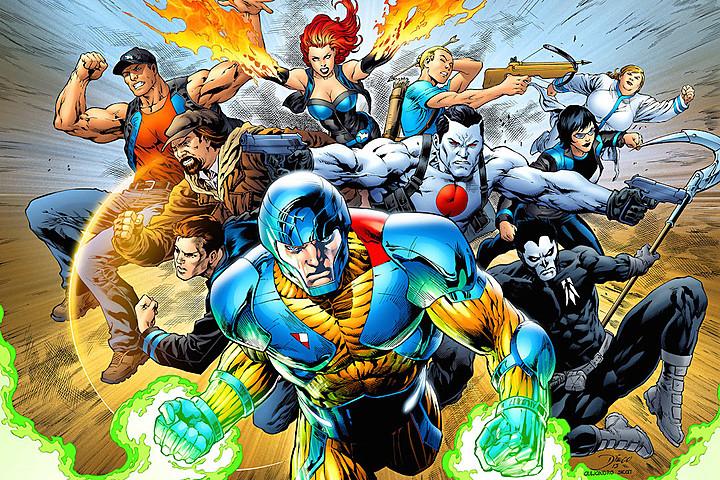 Many fans have heard of Batman, Thor, and Spawn, but how many are familiar with Shadowman, H.A.R.D. Corps, X-O Manowar, or Bloodshot? One of the top selling companies in the 90’s, Valiant Comics, headed by former Marvel editor-in-chief Jim Shooter, featured such creators as Bob Layton, Don Perlin, and Kevin Van Hook, and had a slew titles all set in a shared universe. Unfortunately, a poorly thought out crossover with Image Comics, and an even worse revamp by Acclaim Entertainment led to the company shutting down. That is, until 2012, when the company returned with a rebooted universe. And since comic based TV shows are all the rage, Valiant could use this as a way to introduce non-comic readers to their characters, especially if they can regain the rights to Solar, Magnus, and Turok. Then audiences can laugh at the humorous antics of Archer and Armstrong or watch the thrilling exploits of Ninjak, and get know more characters beyond the Justice League and the Avengers.