The swimmer who got away 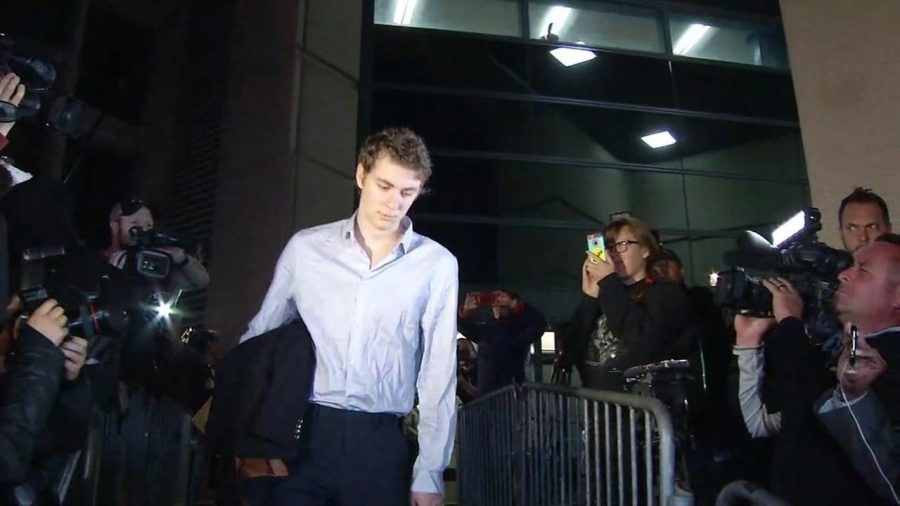 Brock Turner is set free
By Brooklyn Sims, Journalism Student
Here at Schoolcraft College where class sizes remain intimate in order to create an atmosphere that seems both welcoming and safe, the sad and overwhelming truth is that all of the students could find themselves at the mercy of a ruthless sex offender during all imaginable situations. Brock Turner, a once talented and devoted swimmer at Stanford University, has proven that a night centered on fun and unwinding can quickly spiral into a publicized tragedy.
The late and early hours of Jan. 17 and 18 of 2015 forever shook the comfortable reality of Emily Doe’s (as she prefers to be referred to in the press) life. What began as an innocent outing of spending time with her younger sister at a frat party, ended with the same young woman, unconscious and not only taken advantage of sexually, but also publicly humiliated.


“I made silly faces, let my guard down, and drank liquor too fast not factoring in that my tolerance had significantly lowered since college. The next thing I remember I was in a gurney in a hallway. I had dried blood and bandages on the backs of my hands and elbow. I thought maybe I had fallen and was in an admin office on campus. I was very calm and wondering where my sister was. A deputy explained I had been assaulted. I still remained calm, assured he was speaking to the wrong person. I knew no one at this party,” stated the victim, in a personal letter written for her attacker, according to scc.gov.
There was no possible moment of consent; it was indeed a case of brutal and unforgivable rape. Yet according to a statement from Turner himself, she liked it.
Turner had consumed high doses of alcohol that night as well, which is the variable he and his father both blame for the ordeal that took place. He has never owned up to the crime, only admitting to being intoxicated. The victim was found behind a dumpster, undressed and asleep. He had his way with the shell of a human being until two Swedish students riding past on their bikes caught sight of the unnerving event, confronted and pinned him down until the authorities arrived on scene.
The case judge Aaron Persky took the sentence from 14 years all the way down to six months, due to personal opinion, and not the code of ethics.
“I think you have to take the whole picture in terms of what impact imprisonment has on a specific individual’s life. And the impact statements have been – or the, really, character letters that have been submitted do show a huge collateral consequence for Mr. Turner based on the conviction,” stated Persky, according to people.com. Brock Turner has been released on terms of good behavior after just three months in prison, which amounts to half of his already shortened sentence.
“I feel that it was totally inappropriate that his sentence was so short in the first place, so then if he gets off for good behavior it should have been getting off for good behavior in 20 years and not however many weeks he did. It seems clear that she was unconscious and not able to consent. But I think one of the big problems with this is the judicial system, is the judge had the option to give him such a short sentence because of his perception that it would be harmful for him without thinking about how harmful this was and is for the victim,” said Lisa Jackson, Department head of the Schoolcraft Psychology Department.
Justice for Emily Doe has not been met and she will be haunted for the rest of her life, while the perpetrator walks free with little more than a slap on the wrist. Turner has since registered as a sex offender for life in his home of Greene County, Ohio .
“Right now your name is tainted, so I challenge you to make a new name for yourself, to do something so good for the world, it blows everyone away. You have a brain and a voice and a heart. Use them wisely. You possess immense love from your family. That alone can pull you out of anything,” said the victim, according to scc.gov, standing bravely in a courtroom full of strangers.
Even after the ill treatment and misuse, this young lady spoke from a mature and forgiving standpoint. The world is negative enough, and while she could have succumbed to her despair, she’s making an effort to move on, and that is something the world should sit back and admire.
Delete Image
Align Left
Align Center
Align Right
Align Left
Align Center
Delete Heading