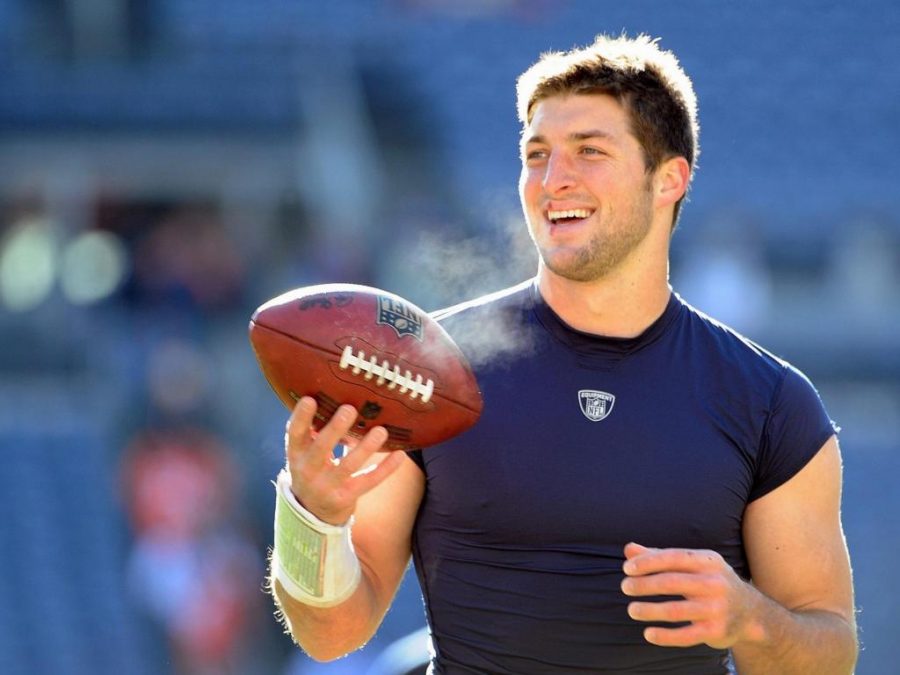 Tebow gets what he wants because he can
Written by James Paxson, Sports Editor


There is no question that people will do whatever it takes to be famous. It does not matter how good of a person they are, their religious beliefs or how much money they have or do not have; fame is the most addictive drug. Tim Tebow should be in rehab to cure his addiction for fame.
The 29-year-old ex National Football League quarterback, Tebow, has decided to swing for the fences and become a major league baseball player. He has said on-air that he played baseball in high school and has always had a passion for America’s Pastime. To prove his skills, he held an open tryout on the last week of August to show what he was made of.
Before he decided to pursue this new career; Tebow was a College Football National Champion and a Heisman trophy winning Quarterback at the University of Florida. Under coach Urban Meyer Tebow set many records like scoring more rushing touchdowns then the great Hershel Walker and being drafted in the first round by the Denver Broncos. Tebow was poised to be a major star in the National Football League.
Tebow did decent work in the NFL, but he soon was exposed as just a college player. His numbers did not lead up the Heisman hype and it became clear he was a puppet behind his college coach. Tebow made it four mediocre years before he retired to start announcing for the SEC network.
After his baseball tryout, Tebow was quoted saying by the Atlantic.com to writer Laura Wagner “For me, you pursue what you love regardless of what else happens. If you fail or fall flat on your face, and that’s the worst thing that can happen, it’s OK. When did pursuing what you love become such a bad thing? I’ll make all the sacrifices to be the best I can.” That’s very awesome that he wants to do what he wants, but it’s unfair
Tebow is doing whatever he can to become famous and that will include showing off his connections that other baseball hopefuls do not have. According to an article by Nathan Sorenson on desertnews.com, “There 455,300 high school baseball players in America.” None of those 45 5 ,000 players has their own special tryout in front of major league baseball scouts and has ESPN to ask them how they felt about the luxury experience.
Tebow was signed to a minor league in early September affiliate team with the New York Mets within a week of the dog and pony show. A man who won a college national football league championship, was a quarterback in the NFL, and had a broadcaster’s dream job is still not satisfied. The fame addict is using his tools to get special treatment and every baseball player should hate him for it. Minor league baseball players are praying for a shot to put a big league uniform on and Tebow will get that shot because of his name.
He wants it all, but does not deserve it. Tebow has gotten plenty of success, fame and not to mention money for a lifetime. All there is to do now is stop; stop showing off, stop acting like your Bo Jackson, stop stealing opportunities from ball players and journalist who would do anything. Tebow gets the chance and all he had to do is text to an “old friend”, and please stop using your good personality to make miracles happen. It is sad, and it will be even sadder to see a middle relief pitcher strike Tebow out faster than he can get on his knee and hope nobody sees how smug he really is.
Delete Image
Align Left
Align Center
Align Right
Align Left
Align Center
Delete Heading