Queens of the field 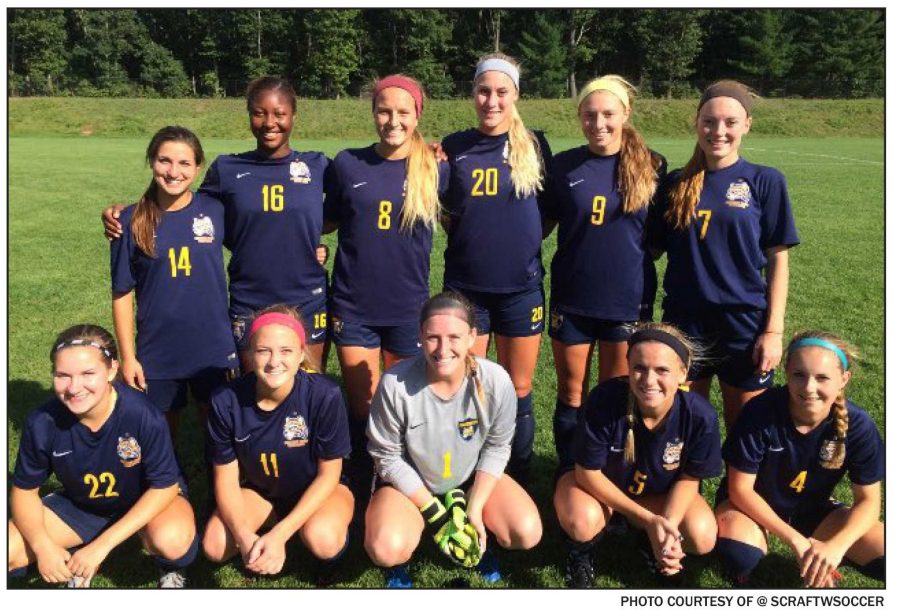 Women’s soccer continues winning streak
Written by Chris Skarnulis, Art and Entertainment Editor
Persistence is a quality that the Women’s soccer team holds true to heart. With the use of persistence, the Women’s soccer team continued their streak of success over the weekend. This success can be attributed to two important qualities: a strong team bond and playing with heart on the field. After a successful weekend, two more wins go down in the books thus far in the 2016 season. The team maintains a record, of 3-0 in conference play and 5-2 overall.
Cutting it close
The Ocelots had a close call during their match against Cincinnati State the weekend of September 18; but managed to secure a victory. Colleen McKay and freshman forward Lauren Wynns each scored a goal unassisted close to the end of the first half. The team faced resistance from Cincinnati State, but kept their cool when it came to playing


strategic defense. At the 48 minute mark, Jenna Smith and Emily Bondy secured the Ocelots’ third and final goal. With one goal under Cincinnati’s belt, the remainder of the game was played on defense. The team had to play smart to avoid the quick squad of Cincinnati State. The game ended in a close but well-deserved 3-2 victory for the Ocelots.
Head Coach Dave Carver was impressed with McKay’s performance on the field, “Colleen brings a strong form of confidence to the field. She has started the season very well with goals and assists from a playmaking midfield role. Her teammates really trust her with the ball and have a lot of respect for her quality” said Carver.
Shutout Moraine
The Women’s soccer team had ease in securing a victory this past weekend on Sept. 24; the result was a shutout of Moraine Valley. Sophomore Captain Colleen McKay and sophomore midfielder Emily Bondy scored on an assist in the first half at the 24 minute mark early on in the match against Moraine Valley. In a short two-minute time frame, the Ocelots scored again, thanks to the teamwork of sophomore forward Katie Vitella and freshman forward Jenna Smith. Continuing to shut out Moraine Valley in the second half, freshman forward Jamila Thombs scored at the 72-minute mark. The team finished strong with their final combined assist from freshman midfielder Sophia Shmylo and McKay. The Ocelots played aggressively; earning a total of nine fouls but no penalties. The outcome was a 6-0 victory for the Ocelots over Moraine Valley.
Vitella was satisfied with not only the victory over Moraine Valley, “I didn’t really know what to expect from Moraine Valley, but our performance on the field help us secure the win” said Vitella.
Looking back on the away tournaments, McKay was thrilled to have had the opportunity to travel with her team, “I thought we played well against both teams. The team is hoping the wins will bump our national ranking. Our goal every game is to get the win to hopefully win the Michigan Community College Athletic Association (MCCAA)” said McKay.
The Ocelots will return home from their lengthy away tournaments for a rematch against Cincinnati State on their home turf on October 9 at 2 pm. The following week, the team travels to square off against Lake Michigan on October 15. To find out schedules and past scores go to the MCCAA website at www. mcaa.org.
Delete Image
Align Left
Align Center
Align Right
Align Left
Align Center
Delete Heading