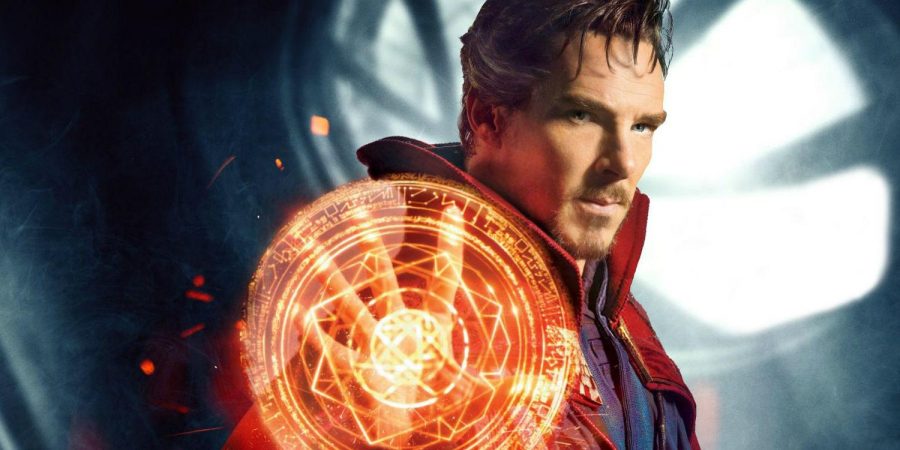 Marvel superhero film “Doctor Strange” revives an underrated hero
By Chris Skarnulis, Arts & Entertainment Editor
Rate: 4/5
The latest addition to the Marvel Cinematic Universe film set is “Doctor Strange.” Released on Nov. 4, the film sees the debut of hero Doctor Strange, played by Benedict Cumberbatch, on film. The film revolves around Strange as he battles the forces of evil. Unlike recent releases such as “Captain America: Civil War,” “Doctor Strange” contained a fluent plotline and over-the-top action. Being a Marvel Cinematic Universe film, it is no surprise how heavily the film relied on CGI graphics. The film was entertaining and captivated the audience throughout.


“Doctor Strange” takes place in contemporary New York. Dr. Stephen Strange (played by Benedict Cumberbatch), an acclaimed neurosurgeon, loses the use of his hands in a car accident. Fellow surgeon and former lover Christine Palmer, played by Rachel McAdams, tries to help him move on, but Strange, believing he can regain use of his hands, instead uses all his resources pursuing experimental surgeries.
After learning of Jonathon Pangborn, played by Benjamin Bratt, a paraplegic who mysteriously was able to walk again, Strange seeks him out. There, another sorcerer under Mordo, played by Tilda Swinton, takes in Strange. Mordo shows Strange her power, revealing the astral plane and other dimensions such as the Mirror Dimension. Strange begs her to teach him, and she eventually agrees despite his arrogance. An ancient evil revolved around the power of Kaecilius, played by Mads Mikkelsen, seeks to threaten existence. Strange must enlist the help of his closest allies to combat the evil power of Kaecilius to protect New York.
Perhaps the best aspect of “Doctor Strange” is Cumberbatch’s portrayal of the titular character. Cumberbatch strongly capitalizes on his character’s narcissism. As is the case when he plays characters with arrogance, Cumberbatch comes across in this movie as a once supremely capable and humorous character.
Another strong aspect of the film is the CGI graphics. Marvel films have a reputation for having top-of-the-bar graphics, and Doctor Strange was no exception. Fight sequences were intense; they displayed truly incredible animations that were captivating.

“Doctor Strange” included lots of action and fight sequences that were astounding. Pitting supernatural formidable foes against each other made for satisfying battles. The films music, composed by Michael Giacchino, really enhanced the film’s mood and made for formidable fight sequences.
However, Doctor Strange’s most apparent issue is identity. The film industry is plagued with rapid release of Marvel/DC superhero films. This grows old and tacky over time. The idea of these films constant release becomes tedious and repetitive. It takes away from the overall viewing experience. Movies portraying different superhero on the big screen a number of times a year grows old over time.
“Doctor Strange” is a worthy addition to the Marvel Cinematic Universe films. It appeals to all ages.  Reviving a less mainstream Marvel hero was a move in the right direction. “Doctor Strange” is now in theaters nationwide and is available for viewing in 3D and IMAX 3D.
Delete Image
Align Left
Align Center
Align Right
Align Left
Align Center
Delete Heading